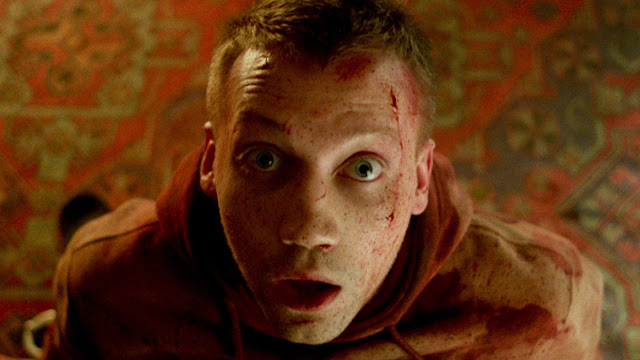 One of my most anticipated upcoming movies is the gonzo Russian action flick, Why Don’t  You Just Die! It played a few festivals and folks who have similar proclivities in this particular cinematic arena haven’t stopped raving about it. Well, it’s finally getting a release and there’s a new trailer. If you’re into bonkers, brutal, bloody action, this looks like the movie for you.

Why Don’t You Just Die! marks the debut of writer/director Kirill Sokolov, and while this is his first time out, from what we see in the trailer, he appears to be a filmmaker very much in tune with my sensibilities. This looks violent and over the top and mean in all the right ways. The press release compares this to Quentin Tarantino, Edgar Wright, and Sam Raimi, which definitely piques my interest.

Though it caught some eyes on the festival circuit, I had resigned myself to the fact that we might not get a decent release for this. It’s a vanishingly niche product and felt like one that could easily fall through the cracks. But hurray, Arrow Video picked it up and plan to give it a proper, if limited, release.

Matvey (Aleksandr Kuznetsov) has just one objective: to gain entry to his girlfriend's parents' apartment and kill her father Andrey (Vitaliy Khaev) with a hammer to restore her honour. But all is not as it initially seems, and Matvey's attempts to bludgeon the family patriarch to death don't quite go to plan as Andrey proves a more formidable - not to mention ruthless - opponent than he anticipated... and Matvey, for his part, proves stubbornly unwilling to die.

I mean, come on, using a hammer to restore honor? If that doesn’t scream that this is a movie for us, I don’t know what does.

Why Don’t You Just Die! in the U.S., U.K., and Canada on April 10. It will reportedly get a limited theatrical run followed by a home video drop shortly thereafter. Mark your calendars and check out the poster below. 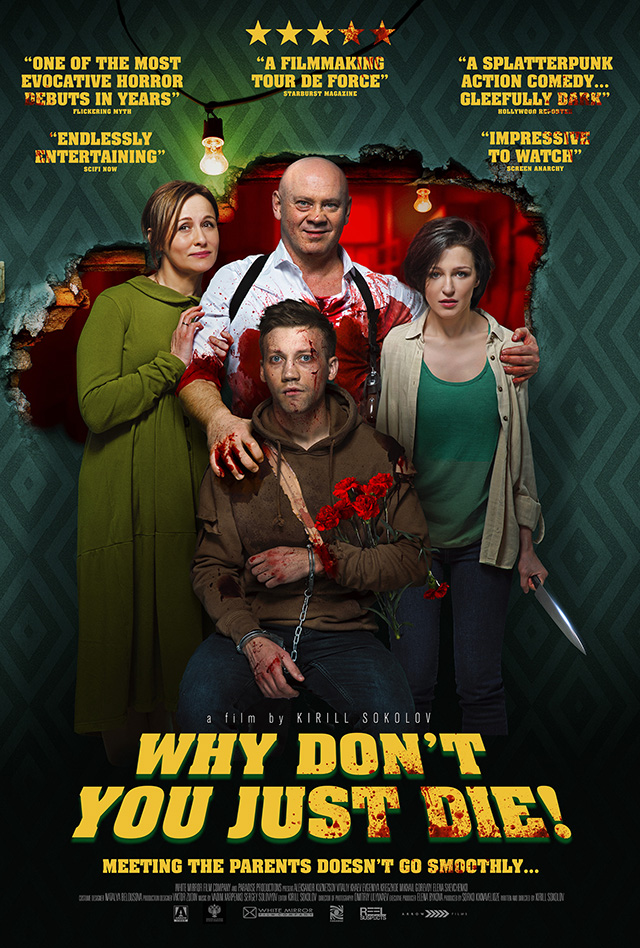