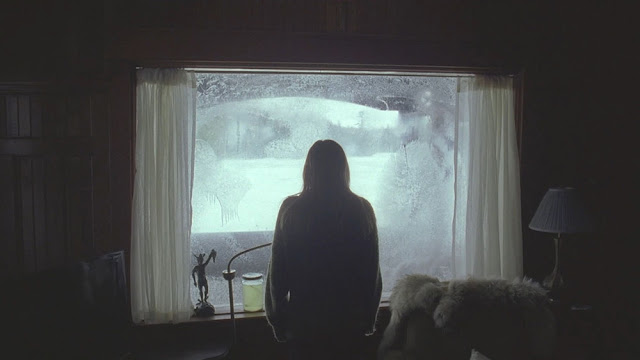 Becoming a stepparent can be difficult and awkward. Especially when the kids in question blame you for their mother’s suicide. And when your childhood was marked by being the only survivor of a doomsday cult led by your father. And when you’re either losing your mind or being tormented sinister forces. Told you, it’s tricky.

Such is the situation faced by Grace (Riley Keough, Mad Max Fury Road) in The Lodge, the latest horror offering from Goodnight Mommy duo Severin Fiala and Veronika Franz. Set to marry Richard (Richard Armitage, The Hobbit), when Grace gets snowed alone with his two kids, Aidan (Jaeden Martell, Knives Out) and Mia (Lia McHugh, Along Came the Devil), in a remote cabin, strange, terrifying things befall the trio. 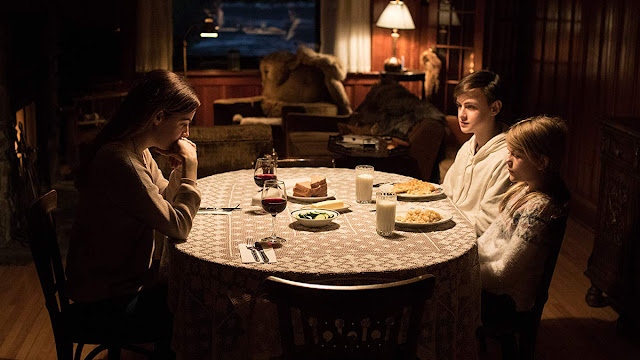 At its core, The Lodge is about coping with deep-seated grief and trauma. The three core players have all survived harrowing ordeals and suffered through great loss. These events leave their mark and the events of the movie show various ways to work through that damage.

The script, from Fiala and Franz working with Sergio Casci, subverts expectations at every turn, starting right out of the gate. We open with images of what appears to be the titular Lodge, only to find moments later that it’s a miniature. The film appears to set up Laura (Alicia Silverstone), the mother, as a primary figure, only for her to kill herself in short order. This pattern continues throughout. 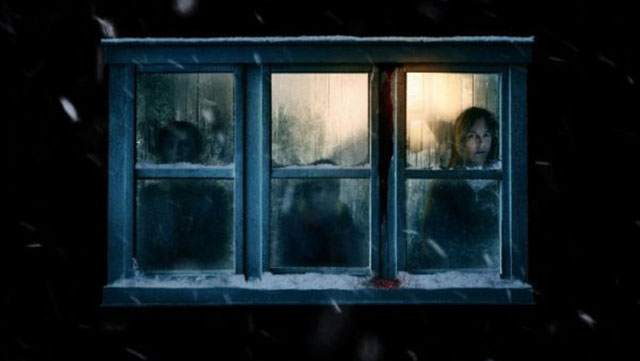 It’s not that The Lodge overflows with breakneck twists, it’s that the narrative never lets us in on the whole truth up front. Every time we think we know what’s going on, the filmmakers shift the perspective. They take their time to set up the evolution of the story in ways that are both surprising and earned, not to mention effective.

Working with cinematographer, and frequent Yorgos Lanthimos collaborator, Thimios Bakatakis (Killing of a Sacred Deer), Fiala and Franz craft a cool, chilly remove. The look of the film is calculated and constrained. Shooting the interior of the lodge and the miniature of the building in the same way, so they’re almost indecipherable from each other, creates a layered unease as the viewer is uncertain what they see. Juxtaposing the tight, contained interiors with the frigid expanses outside, adds yet another layer of constriction, of pressure squeezing Grace and the kids until they collapse. 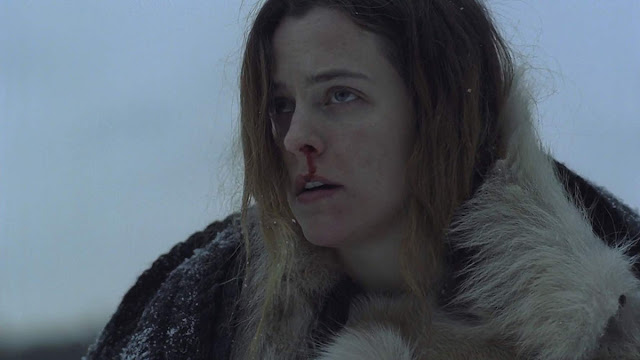 While The Lodge begins and ends strong, it runs into problems born from the general aesthetic and thematic conceits. This is methodical, slow-burn horror, and when it works, it soars. It’s all quietly escalating dread and a tale of nightmare logic sprinkled with eerie religious iconography and overtones. An organ version of “Nearer My God to Thee” never sounded creepier.

When it peaks, The Lodge offers a deliberate, mysterious pace and gradual reveals. Unfortunately, too often it crosses the line from methodical to just plain slow, mistaking a molasses tempo for tension when it borders on boring and meanders forward with little momentum. It’s wonderfully rendered and captured in a striking package, but there are moments where holy shit it’s dull. 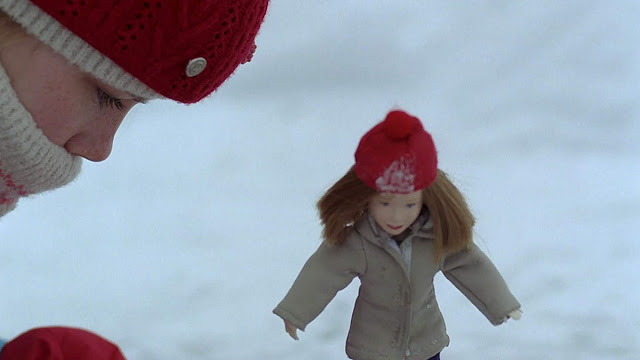 Where the film chooses to focus its energy doesn’t always do it any favors. Early on, it sets up the story as that of Richard and the kids. Grace is there, but primarily as an outside complication to their dynamic. Only Richard disappears completely—he literally leaves for most of the movie in what’s a questionable plot contrivance at best—and winds up a character of minimal consequence.

The Lodge works best and is most engaging when dealing with the strained relationship between Grace, Aidan, and Mia, alone, uncomfortable, isolated, and trying to power through. It takes its sweet time to get there, only to disappear for long stretches. Much like with Richard, the kids also fade from the forefront of the story. It seems like that should be difficult to do considering there are only three characters and one location, but we’re left along with Grace. She’s easily the most interesting character, and Keough does a strong job of showing her unravel under various pressures, but it’s simply not enough to carry the surrounding dead weight. 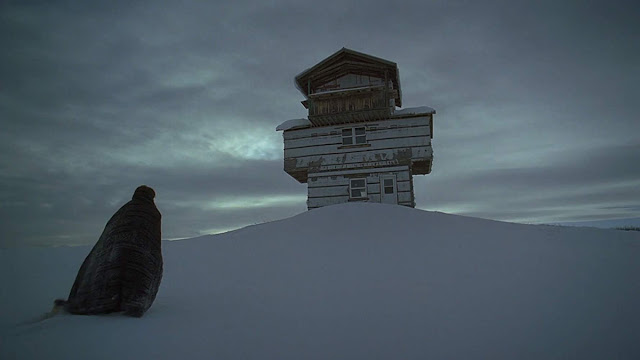 There is quite a bit to love about The Lodge, especially for fans of moody atmosphere and creeping dread. It’s a lovely film, and the use of miniatures and religious imagery adds intriguing layers to peel back. I even dig the bleak, despondent ending. But overall it’s too—chaotic sounds like a strange word to describe a movie that moves at this pace, but it’s all over the place and unfocused. Artfully contracted and meticulous to the point where it loses any feeling, The Lodge ultimately mires down in its own brooding, like its stuck in a snowdrift. [Grade: B-]