Matthew Pope’s Blood on Her Name drops us right into the middle of a situation we don’t fully understand and forces us to cobble together the puzzle. We see a battered woman, a pool of blood, a wrench, a body. And for the rest of the movie, we’re left to cobble together various bits and shards. Only just when we think we have an idea, we’re handed a new corner piece that changes the image completely.

When Leigh (Bethany Anne Lind) makes the hasty decision to cover up what appears to be the accidental death of a man who broke into her auto shop, what follows becomes an escalating series of bad decisions, complications, and consequences. Her son, Ryan (Jared Ivers), is on probation. She doesn’t want to risk the damage to her flailing business. Her conscience won’t let her disappear the body and leave his family endlessly wondering about his fate. There are drugs, lingering traumas, her strained relationship with her sheriff father (Will Patton), the dead man’s wife (Elisabeth Rohm) poking around, and more with which to contend. And things only get worse and worse the deeper she gets. 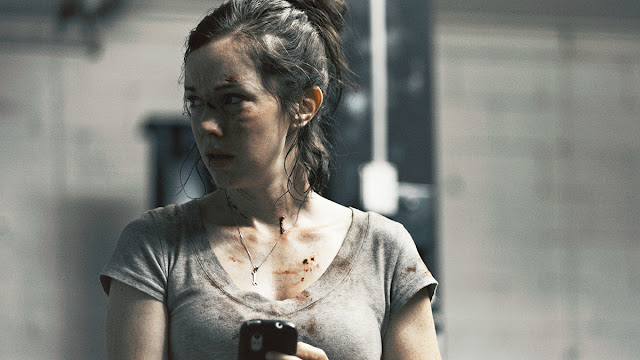 Quick and tense, moody and gloomy, Blood On Her Name overflows with moral ambiguity and harsh options. The story falls into a similar vein with movies like Blue Ruin, Donnybrook, or Hell or High Water, or maybe a scuffed-up Coen Brothers. People pushed into corners, forced to choose between terrible options, living in small, hardscrabble towns full of struggles and vices, clawing to dig out of a hole.

At under 90 minute, Blood On Her Name runs the risk of playing slight or thin, though it never does. Much of this is thanks to Lind, who does the bulk of the heavy lifting. She’s harried and flawed and desperate, and as we wonder why she makes the at-the-time questionable decisions she does, when the truth comes to light, it’s so, so clear. She’s stuck in a tragic situation, one with no good outcomes, and all she can do is try to mitigate the damage done as the situation spirals. 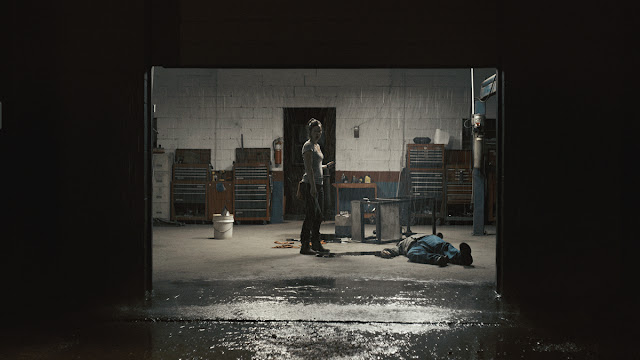 Another major strength is the script from Pope and Don M. Thompson. What begins as a straightforward narrative shifts and evolves. Multiple times throughout they introduce a single snippet of information that alters the entire way the audience looks at the situation. Just when we think we have a handle on things, we realize we don’t. To give away too much ruins the pleasure of discovery, but the writers manage to insert these details in natural, earned, clever ways. At times it almost sounds like throwaway dialogue, but you pause and say, “Did she just say…? Holy crap, that changes everything?”

Blood On Her Name calls to mind other films, but does well to separate itself and establish its own voice. A strong lead performance, smooth pace, dour visual aesthetic, and intriguing subversions of established expectations offer up a solid slice of hard-luck small town neo-noir. [Grade: B]