War, dead Nazis, blood-drinking witches, cursed woods, spooky magic shit, mystery, just a smidge of cannibalism, Micky Rourke in a shiny eyepatch; Warhunt has a little bit of everything. And while certainly not for everyone, damn if it doesn’t kind of rule.

In the waning days of World War II, a plane carrying sensitive military intel goes down behind enemy lines. When notorious Major Johnson (Mickey Rourke) sends the no-nonsense Sergeant Brewer (Robert Knepper) and his squad on a rescue mission, he also inserts a man of his own, Walsh (Jackson Rathbone), on a separate clandestine mission. Before long the whole crew is engulfed in an occult countryside nightmare and fighting just to survive. 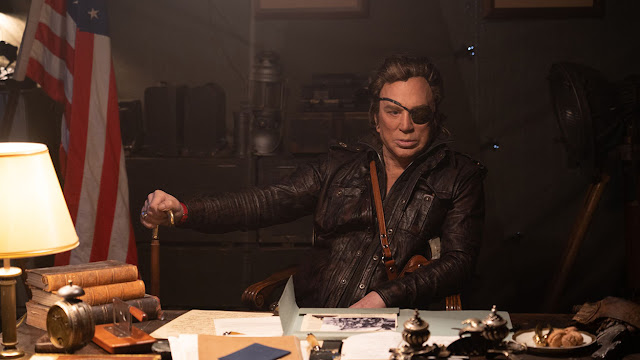 While initially positioning itself as a tense war thriller, it’s obvious from the jump there’s more going on and fortunately director Mauro Borrelli doesn’t waste any time diving headlong into the horror elements. There’s a quick bit of set up, but before long the soldiers are stumbling through smokey woods, encountering a tree full of dangling Nazi corpses, getting endlessly lost, and battling sinister supernatural forces in the person of a coven of witches. And once we’re in, Warhunt never dawdles, which is its primary strength. 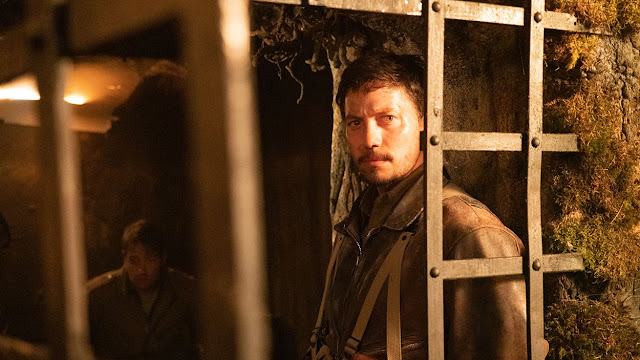 Rourke is in that stage of his career where he can, much like Bruce Willis to an extent, pop up for a few days and get paid handsomely. Which shows on occasion, especially because the Major serves more as narrative bookends but is largely absent from the body of the movie. He still has a total blast, however. It’s like, “I get to show up, wear an eye-patch, and shoot Nazi witches? And you’ll pay me? Cool.” And cool it is.

Knepper’s Brewer is the real protagonist, and he does a solid enough job playing a relatively stock character. Sarge is grizzled and hard, and at this point in the war has seen some shit, but he’s also loyal, steadfastly devoted to his men and their safety, unwilling to compromise and put them in harm’s way. And fortunately, thanks to some mind-bending woodland crones, Knepper also has ample opportunity to indulge his feroucious, wild-eyed lunacy that’s both entertaining as hell and deranged enough to unnerve. Even before he fully lets loose, he gets to deliver choice overwrought dialogue like, “This ain’t no opera,” raises his gun, “And these ain’t no violins. They just happen to make sweet music all their own.” It’s tough not to cheer when a guy like Knepper delivers lines like those. 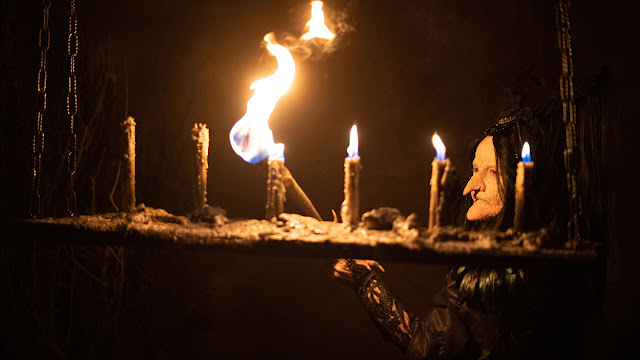 Warhunt is obviously a movie hemmed in by a lack of resources, not to mention COVID restrictions. (It was one of the first films shot during lockdown, early in the pandemic, and reportedly pioneered a number of safety protocols.) But to its benefit, the film never lets that hamper it’s good time. There’s a definite, “What the hell, let’s try this now,” sense of go-for-broke gusto to the whole thing. Does it all fit together neat and tidy? Nope. Is it a bit of a mess? Yep. But it is also raucously entertaining? Damn straight it is. [Grade: B]