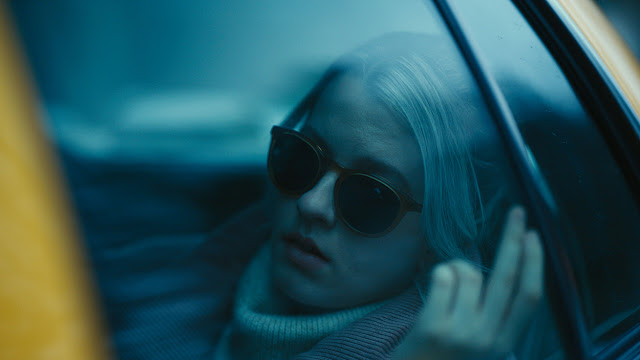 Home invasion stories are a staple of the horror and thriller genres. It’s well-worn, oft-trod territory, but when handled well, still offers an effective avenue for tension, pressure, and terror. Randall Okita’s See for Memay not lay any fresh tracks, but it does deliver a tight, impactful, efficient thriller, one with enough unique hooks and unexpected turns to set it well apart from the pack.

Blind former teen skiing sensation Sophie (Skyler Davenport) moonlights as a house sitter for high-end clients. On a job at a secluded mansion, a trio of burglars invade the house. In order to survive, Sophie must rely on an app called See for Me, which helps see for blind people, and Kelly (Jessica Parker Kennedy), an army and gamer on the other end of the line guiding her to safety.

[Related Reading: 'You're Next' Movie Review] 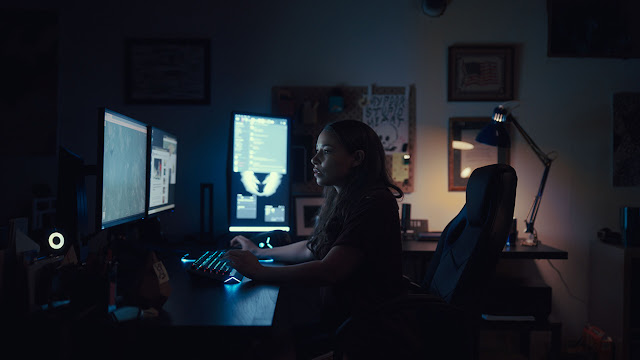 Before barreling full speed ahead, See for Me takes the time to lay the groundwork, which pays off down the trail. By the time Sophie finds herself in peril, we’ve spent long enough with her to know her. The script from Adam Yorke and Tommy Gushue gives us Sophie’s story without beating us about the head, doling out information that paints the picture of who she is. This is a frustrated young person, who lost their sight, who lost their dream. She pushes everyone away and lashes out any time people offer help, a massive chip on her shoulder and something serious to prove. Before the film even gets to the life-and-death situation, this is an interesting person to watch and interact with, someone who makes unexpected, yet compelling choices and grows even outside the usual genre trappings.

Davenport does a fantastic job as Sophie, and their real-life story parallels the character in many ways. A non-binary actor (though it’s explicit within the context of the film and from the marketing that Sophie identifies as female), Davenport also lost their sight due to a rare medical condition. They embody the anger, barely concealed beneath the surface. And the stubborn, prickly exterior and the keeping-the-world-at-arm’s-length approach carries a sharp, personal edge. This is also a physically demanding role, one that comes with running, hiding, fighting, and all the usual thriller conceits, all from an unusual perspective and well-handled by Davenport.

Most people usually think of world-building as it relates to sci-fi and fantasy stories, but See for Me similarly constructs Sophie’s reality. Okita uses a combination of visual cues, character choices, and tools to show how Sophie interacts with her surrounding, how she gets around and experiences the world, even down to picking out an outfit. But, like with Sophie’s backstory, it’s all deftly woven into the fabric of the film. Never blunt or heavy-handed, it all forms a natural piece of the landscape that gives the film a lived-in texture and authenticity. 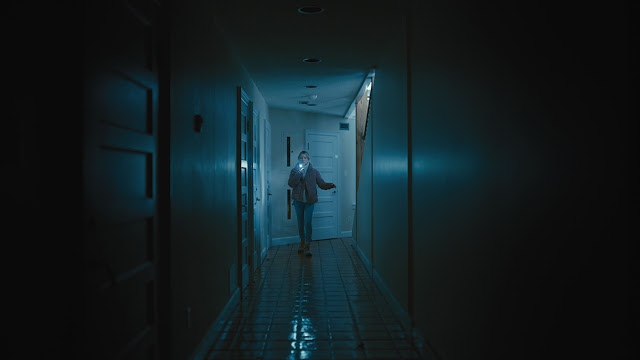 Okita and cinematographers Jordan Oram (Spiral: From the Book of Saw) and Jackson Parrell (Cardinals) also craft a gorgeous movie. Snowy cold mountain exteriors mirror the icy angularity of the house. They make use of unique architecture, play with intricate, multi-planed depth of field and framing, and employ unusual camera angles and moves to ratchet up the tension and enhance Sophie’s fear and dread.

Even if the larger framework of See for Me looks a bit familiar from the outside, at the bare minimum, the film delivers a taut, brisk, twisty home invasion thriller. Beyond that, Randall Okita and crew bring a unique perspective, inventive tweaks, and enough stylistic flourishes that the overall package is a fresh, forceful, captivating film full of thrills and energy. [Grade: B+]