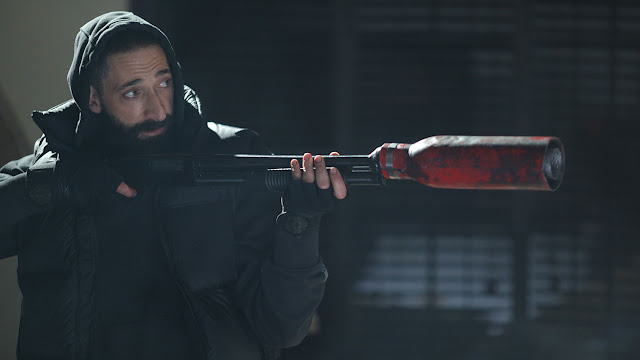 Meet Clean (Oscar-winner Adrien Brody). He’s a garbage man. With a past. That haunts him. And he can’t escape. It was violent. But now he just chills and keeps it low-key and looks out for local moppet Dianda (Chandler DuPont). Until bad guys happen. Then he gets all ass-kick-y and face-wrench-y. (His weapon of choice definitely appears to be a heavy pipe wrench. It even has a special padded case like a sniper rifle.)

With Clean, director Paul Solet (Bullet Head), who also co-wrote the script with Brody (Brody also contributed the music), aims to tell a grim, gritty, Taxi Driver-inspired tale of a man wading through a racially-coded urban cesspool. With a wise black mentor, two actually (Rza, who runs a pawn shop, and Mykelti Williamson, who plays his Narcotics Anonymous sponsor), and a wayward black youth (DuPont) to look after, he tries to put his legacy of brutality behind him and atone for a tragic mistake. A mistake that, of course, the film only hints at and skirts around until the big reveal. It leans real hard and real blunt on the garbage man metaphor—at the same time he cleans up the streets, he also rescues discarded things from the trash and fixes them, though the one thing he can’t fix is himself! (*shaky fists at the sky*) 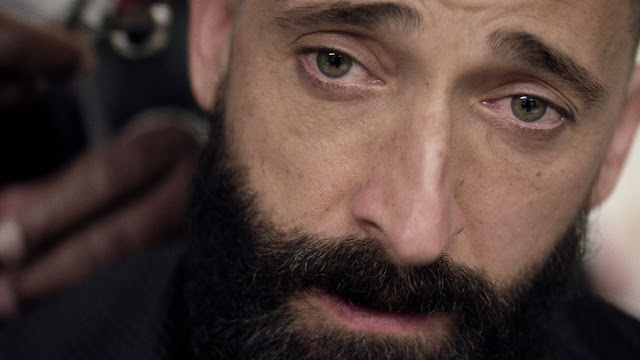 At the same time all of this happens, there’s a side story about a local gangster, Michael (Glenn Fleshler, Werewolves Within), who smuggles drugs in fish. He has own errant child, Mikey (Richie Merritt, White Boy Rick), a wanna-be rapper who gets out of prison, thinks he’s tough, and believes hard work is below him. A flat, undercooked aside, it exists primarily to coax Clean out of his retirement and back into killing. It’s also an unnecessary contrivance as there’s already plenty to fuel Clean’s fire as Dianda falls in with a cadre of bad guy drug dealers. To be honest, it’s probably here because somewhere along the story development line, someone realized it’s bad optics to have a lone-wolf white man with a gun murder a bunch of nameless black characters. But don’t worry, there’s still plenty of problematic white-savior narrative to go around.

Brody’s a good enough actor to do a solid job with Clean’s silent, tortured brooding. There’s pain and pathos behind his sad, hangdog eyes as he goes about his daily routine, picking up trash, trying to salvage what he can save. The problem is that only carries the film so far before it becomes plodding and dull, repeating itself and dragging along—the full descent back into his old life doesn’t come until surprisingly late in the game, largely too little, too late when it does. 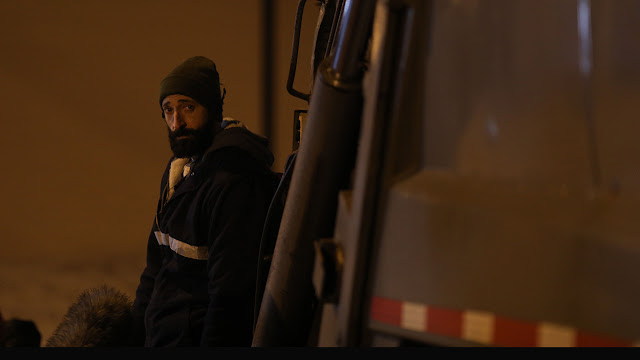 Clean does feature a handful of suitably badass moments of violence and brutality for the type of story it sets out to tell. There’s a nice bowling alley hatchet fight, a bit of ugliness in a trap house, and at one point he does drive a garbage truck through a home, so that’s fun. And the big climactic siege is pretty sweet. Solet and company also don’t shy away from the repercussions of this savagery—you’re not walking away scot-free from getting clubbed in the back of the head, things add up. Again, Clean’s preferred armament is a big-ass wrench; it ain’t pretty.

Despite potential, however, Clean never delivers on the promise, trading instead on a blunt, reactionary stance, presenting social ills in slipshod, superficial fashion, never saying much of anything about what it claims to discuss. As so often needs to be said, depiction doesn’t equal examination—not that every movie needs to have a Message, but this one clearly believes it does. A nice looking, competently constructed film, it nevertheless plays like a collection of familiar beats from better movies. [Grade: C]

Posted by Brent McKnight at 1:37 PM