Orson Scott Card Tries, And Fails, To Smooth Things Over 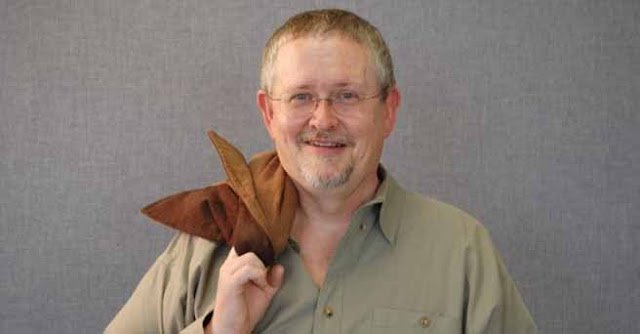 Science Fiction author Orson Scott Card has made no secret made no secret about his stance on homosexuality. He has so often and so vehemently stated his opposition that there is a growing movement to boycott Summit’s upcoming adaptation of his novel Ender’s Game. They kind of walked into that one. Following the Supreme Court’s historic ruling extending equal rights to all state recognized marriages, gay or straight, Card has issued a statement.

On the surface, Card’s words, given to EW, are a pretty obvious attempt to smooth things over with movie goers who may be considering sitting Ender’s Game out. You can’t help but wonder if the studio convinced him that this was the prudent course of action, or if they’re pounding their heads against their desks, before the frantic rush to do damage control, because this is going to ruffle some feathers.

Here is Card’s statement in full; we’ll dig into it more in a bit:

Ender’s Game is set more than a century in the future and has nothing to do with political issues that did not exist when the book was written in 1984.


With the recent Supreme Court ruling, the gay marriage issue becomes moot.  The Full Faith and Credit clause of the Constitution will, sooner or later, give legal force in every state to any marriage contract recognized by any other state.


Now it will be interesting to see whether the victorious proponents of gay marriage will show tolerance toward those who disagreed with them when the issue was still in dispute.Orson Scott Card

Let’s just start at the beginning, shall we. I could be wrong, I was only seven at the time, but I’m fairly certain that there was a gay rights movement prior to 1984, and that marriage equality weighed heavily on some minds. Granted it wasn’t as mainstream an issue as it presently is, but it was definitely there. There were incidents like Stonewall in 1969, and people like Harvey Milk crusading for equal rights in the early 1970s. If you want to get technical, the Society for Human Rights, the first organization to lobby for gay rights was founded in 1924. This isn’t anything new, not by a long shot.

Sure, the Supreme Court striking down DOMA is a huge step, and will likely pave the way for advancements in the recognition of gay marriage in more states, but right now, it’s only legal in 13 states. That’s 26% of the country, hardly all inclusive, and leaves a whole lot of the population out in the cold. The issue of gay marriage is far from closed, as Card seems to think.

It’s the final paragraph that is really going to piss people off. Again, the Supreme Court decision was a victory, not complete victory, but we covered that. It is perfectly within Card’s rights to oppose gay marriage. I may find it vulgar and despicable, I may argue with him until I’m blue in the face, and I may think he’s an asshole, but I’ll never deny him that. It also doesn’t mean I have to like it. But it’s always a strange feeling when argue for their own rights after arguing against extending rights to others. In this case it feels very much like Card is arguing for tolerance for his intolerance. You can understand why might rub some people the wrong way. He’s perfectly entitled to oppose gay marriage, just like people are perfectly entitled not to see his movie or read his books. Maybe he is earnest about trying to move forward, but you can’t help but feel that he just doesn’t get it, and that he’s a dick.

Still, given my personal feelings for Card, I can’t help but be excited for Ender’s Game, and I’m most likely see the film when it hits theaters this November. On one hand, it’s going to pain me deeply to support the guy (I’ll probably get to see a press screening, so I won’t actually have to give him any money, but still), but on the other, I do really love Ender’s Game. It goes back to the argument about separating the art and the artist. (I certainly believe you can, horrible people can often be responsible for great works of art. How many amazing albums, movies, paintings, books, and so on, have been made by total pieces of shit?) And even with a pretty close read, you don’t see Card’s bigotry bleeding into the story. If anything, Ender’s Game winds up with a fairly open minded point of view.
Posted by Brent McKnight at 12:00 PM