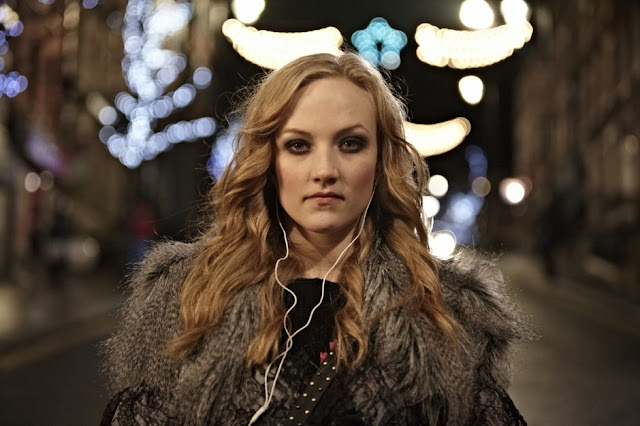 “Jump,” the latest film from Irish director Kieron J. Walsh, is garnering comparisons to the likes of  Doug Liman’s “Go,” and “Lock, Stock, and Two Smoking Barels” and “Snatch” from Guy Ritchie. Those are apt comparisons given that “Jump” is a fast paced crime story comprised of multiple threads and numerous narrative layers. However, the puzzle of the plot is more complex, as Walsh’s script zips you back and forth in time. Watching “Jump” is like playing an engaging game, full of twists and turns, and the action keeps you barreling through the spare 81-minute run time. In a post “Pulp Fiction,” post “Sixth Sense” world, you’ll see some of these shifts and curves coming, but that shouldn’t dampen your enjoyment of the film.

Over the course of a single night, New Year’s Eve in fact, “Jump” sets a collection characters on a collision course of violence, crime, and life changing revelations in the Irish town of Derry. Dressed like an angel, poised to leap from the railing of a tall bridge—the metaphorical center of “Jump”—Greta (Nichola Burley) just wants to finally find peace in her short, tumultuous life, to be left alone in the darkness as she says. Having recently been dangled from this exact bridge, Pearse (Martin McCann) is none too eager to see this happen. He’s beaten, bloodied, and searching for a missing brother that is most likely dead, but even in this chance encounter he won’t let despair and hopelessness win. 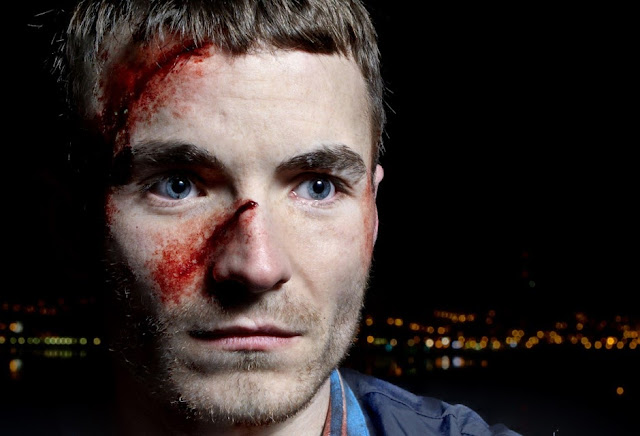 From this beginning we set out on an adventure that introduces you to the other players, all connected by circumstance, location, and, on occasion, by blood. Greta’s local crime boss father, Frank Feeney (Lalor Roddy), is a brutal bully and tyrant in his personal and professional life. Two of his goons are after Pearce. One, Johnny (Richard Dormer), is literally and figuratively haunted by his past deeds, which link him inextricably to the tale. The other, Jack (Packy Lee), plays the part of the dutiful soldier. Greta’s friends, who she blows off in order to kill herself, round out the core cast. There’s the earnest, easily wounded Marie (Charlene McKenna), the kind of girl who packs her own snacks to go out to the club, and Dara (Valene Kane), the daffy party girl and near polar opposite of Marie. Before the night is out, everyone will have to deal with some of her less-than-great life choices, and will find their lives taking a sharp left turn.

“Jump” is the kind of movie where we often see ends first, out of context, only to circle back around to discover how we arrived at this point. This nonlinear structure, coupled with the fact that this all takes place on New Year’s Eve, ties back into the thematic idea of ends and beginnings. New Year’s is a time to start over and wrap things up. In their own right, each of these characters is looking to close one chapter and initiate a new one. You know it can never be as easy as that, and though, in the end, they do all step into new realms, it’s never the ones they thought, wanted, or strove for. The entire film is a countdown, a device that creates an additional level of tension throughout. They all know something is coming, though no one is quite certain what they’re building towards.

Even with the heavy themes, “Jump” is comic, and full of life and energy. Crazy scenarios, chance meetings, near miss, and a few near escapes, add up to a tight, entertaining film that sets its hook in at the outset and never lets go. Clever, fun, and constantly in motion, give “Jump” a chance if you have the opportunity.