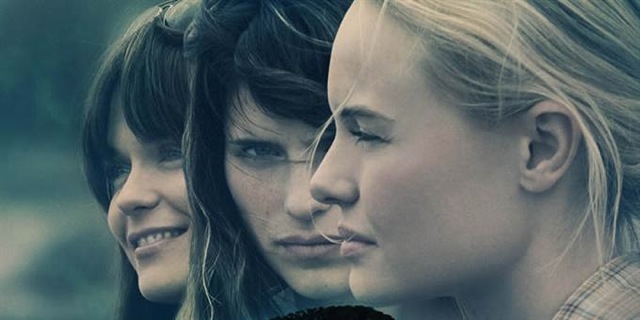 When you hear that one or both of the Duplass brothers, Mark and Jay, are involved in a movie, you have certain expectations. Your mind immediately goes to quirky indie comedies with a droll sense of humor and heart. If the new horror thriller Black Rock, now out on Blu-ray, has anything to say about it, this perception may, while not change entirely, at least add a new dimension to their collective sibling body of work.

Written by younger brother Mark, directed and starring his wife and co-star of The League, Katie Aselton, and executive produced by both brothers, Black Rock is certainly a family affair. You can imagine the terrifying premise being cooked up over a nice dinner or game night. While not the grandest, or most original concept, this a solid foray into the genre.

One of the things that is most laudable about Black Rock, one of the things you’ll appreciate, is how real it feels. The story follows three old friends, Abby (Aselton), Sarah (Kate Bosworth), and Lou (Lake Bell), who take a weekend trip to a desolate Maine island they frequented as kids. When they run afoul of three hunters, the women find themselves in a fight for their lives. 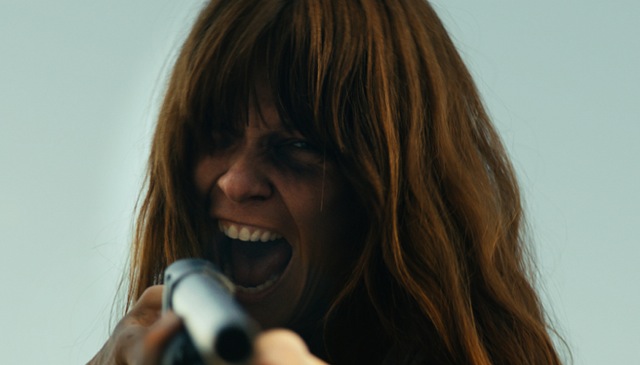 You’ve seen similar set-ups many times before, but the characters don’t react to their situation in typical horror movie fashion. Standard horror logic has characters either freaking the hell out, or becoming total badasses. Not in this situation, though. These are normal people, and they respond much like your average, everyday people would, with a mixture of fear, fright, and survival instinct. They make a plan, but it’s not a particularly well thought out plan. There’s not a lot of strategy going on here. And when they try to implement their idea, things go wrong. We’re not talking about trained killers, soldiers, or psychopaths, the prospect of taking a human life, even when it means saving their own, gives them pause. At a point where one of them finally does get her hands on a shotgun, you can tell she has no knowledge of how they work other than the skewed perspective she’s seen in the movies and on TV. It’s not nearly that easy, and all the action movies in the world won’t prepare you for the kick.

Right out of the gate, Aselton, Bosworth, and Bell have a great chemistry, and are believable as friends. They have a crude, frank way of interacting that comes from knowing a person for a long time. This comes through even though Abby and Lou have been estranged for years. In fact, this rift is the entire reason Sarah gets tricks them into going on this trip, to mend fences and move on. This connection makes you care about them, and increases the tension when they’re in danger. There are times, however, when the script puts too much emphasis on this part of the narrative. You wind up with a few moments where the need to talk about feelings in an open, and unreasonably loud, fashion, outweighs the more pressing concerns, like self-preservation, and being quiet so as not to alert the armed lunatics hunting them in the night. Most of us would rather be alive than have a friend forgive us for sleeping with her boyfriend six years ago. And, of course, there are multiple instances of characters making the worst possible decisions.

A droning, discordant pseudo-rock score underscores the action and helps establish a sinister tone. You know things aren’t right as, early on, one of the hunters talks about being dishonorably discharged from the military because the government didn’t agree with his tactics. When the men first show up, even before things take a tragic turn, Lou has an appropriate reaction, she screams. That’s an instinctual response to seeing three armed men on an isolated and, what you assumed was, deserted island. Right there, that’s a tip off.

Black Rock doesn’t blaze any new trails, but it is a nice, taut thriller, full of tension and atmosphere. A well-paced survival tale, it mostly knows when to speed up and slow down. This isn’t trying to be a female centric horror movie, it’s simply happens to be fronted by a trio of fantastic, strong female characters that you like, sympathize with, and believe.

The Black Rock Blu-ray arrives with a decent enough collection of bonus features. Like the movie itself, the disc won’t blow your mind, but it is a solid assortment of goodies. Chief among the extras is the feature length commentary track with Aselton and her fellow actor Lake Bell. You get some of the usual behind the scenes stories, but their interactions go a long way in reaffirming the chemistry and connection comes across on screen. There are also two production features, one that covers all of your standard making of topics, and another that delves into the dark, ominous score. The latter is the most interesting, primarily because, though the music isn’t super unique, it does do things a little differently.