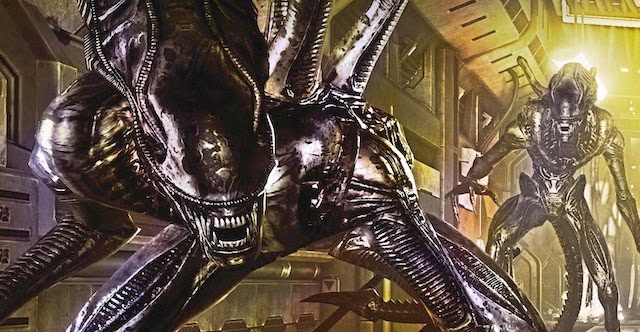 For fans of the world Ridley Scott created in 1979 with Alien, Prometheus left many wanting (I still think it was pretty sweet, flawed certainly, but better than many give it credit for), and Prometheus 2, however that works out, is still a ways off. Later this year we’ll get the video game Alien: Isolation, which looks to capture the tense, claustrophobic, isolated feel of the film, but those among us who aren’t into such distractions are our of luck. While it doesn’t fill this void exactly, James A. Moore’s new official tie-in novel Alien: Sea of Sorrows does a solid job of delivering the thrills you crave.

More than anything, Sea of Sorrows aims to reveal some of the secrets and background information about the Alien universe. This includes the ubiquitous Weyland-Yutani Corporation, who is more concerned with profits and their public image than any kind of safety or morality. And it also digs into sinister Xenomorphs as well, delivering new details about them as well. This is a double-edged sword, and provides some cool additions to the canon, but on the other side, there a stretches in the logic and connections the narrative seeks to draw that can be difficult to look past.

Though it takes a bit to start and get to the point, what Sea of Sorrows does best is keep the pace quick, and pile on the tension. Given the set up, which involves a large crew of mercenaries who run afoul of a large group of armor plated alien killing machines, and the emphasis on action, this story is, truthfully, more in line with James Cameron’s 1986 Aliens than Scott’s original. That’s not a bad thing by any stretch of the imagination, the sequel is also an incredible movie, but there is a difference in tone and the overall approach.

Alan Decker is an engineer working on the planet called New Galveston. Hardworking, earnest, and fair, he’s there to keep the colonists safe, but when a toxic stretch of sand, nicknamed the Sea of Sorrows, begins to spread, he has to get to the bottom of it. Forced to join a team of mercs, he is sent to investigate an abandoned mine that holds the alien creatures Weyland-Yutani has been hunting for centuries, and is tasked with bringing one back alive. As you probably know, that’s way easier to say than to do.

The plot mechanics are largely incidental, but here’s where things start to get a bit specious. Decker is apparently a low-level empath, and has been since childhood, and he has a special psychic connection with the Xenomorphs. This means that, before things even get started, he’s having nightmares where he’s in their heads and is privy to their “thoughts.”

Through this avenue, Moore attempts to deliver a broader understanding of the creatures and what they’re all about. You understand the impulse, but showing things from their point of view, experiencing their consciousness, and showing what motivates them, makes them that much less terrifying. A huge part of the horror is that they are unknown, hidden, secret. They lurk in the shadows, have no feelings, and only want to kill you or put one of their babies inside of you so the little bastard can rip out of your chest. We don’t want to know how they feel or what they think.

Fortunately for Sea of Sorrows, the prominence of this fades over time, and by the time you get to the main body of the story, Decker’s ability is little more than a locator beacon so he knows where the next attack is going to come from. And so he knows just how much they want to kill him, specifically him, which is another thing that may give you pause.

See, Decker’s not just some random guy working on some random planet. Oh no, they shoehorn him into the Alien universe but good. Early on (this isn’t a spoiler since it’s on the back cover of the paperback), he learns that he has a couple of distant, long-dead ancestors named Ellen and Amanda Ripley. Now you probably remember Ellen, played by Sigourney Weaver, as one of the premiere badasses in cinema history. Amanda is her daughter, who is first mentioned in the director’s cut of Cameron’s film, and is the protagonist of Isolation. Apparently Ellen made quite an impression on the aliens, because they remember her, like on a genetic, hereditary, collective level, and they’re after Decker because he’s descendent of “the Destroyer” and they want a little revenge.

That’s a pretty big pill to swallow. It’s also unnecessary. There’s no reason that Decker needs to be related to Ripley other than to provide an explicit link to the expanded universe, and give the creatures a reason, tenuous as it is, to be pissed off at the protagonist. But between the Xenomorphs and Weyland-Yutani, that connection is already well established, and again, you don’t particularly care that the aliens have a personal vendetta going on.

Still, despite a couple of huge speed bumps, Alien: Sea of Sorrow is fun, page-turning read, especially for those of you who want to know more about this universe. There’s nothing earth shattering, but you learn some more about the SOP of Weyland-Yutani, and this basically broadens the scope just a bit, though enough to be of some small interest. There’s no much in the way of subtlety or subtext, but it’s fast-paced and the characters are better than you might expect. There are 30 plus mercenaries, and a decent number of them are given a moment to shine, to show that they have their own stories and that they’re more than simple stock military ass-kicker types. 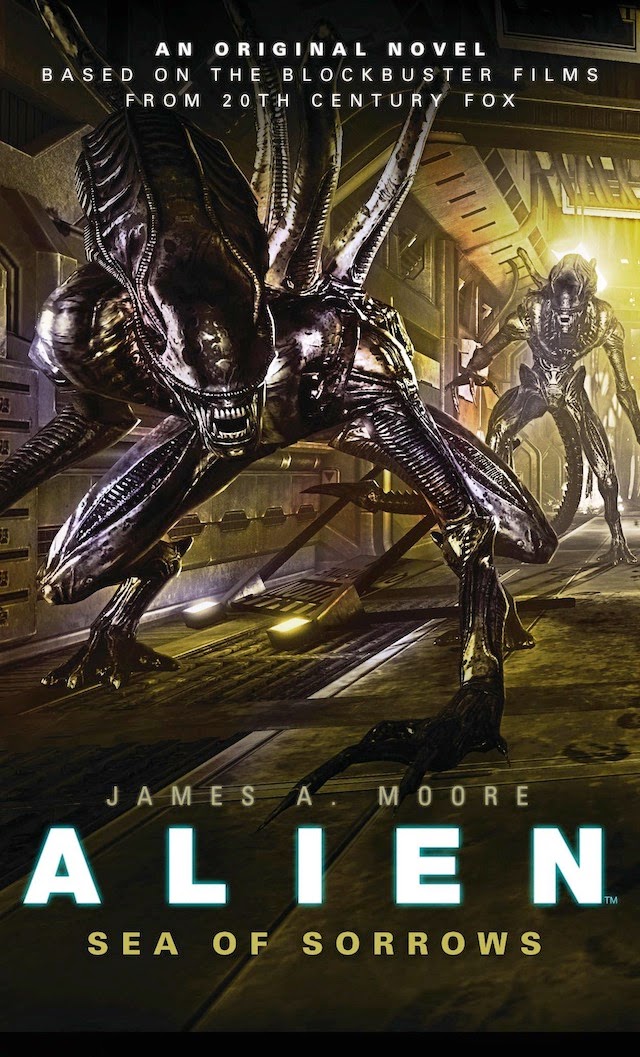 Posted by Brent McKnight at 3:59 PM