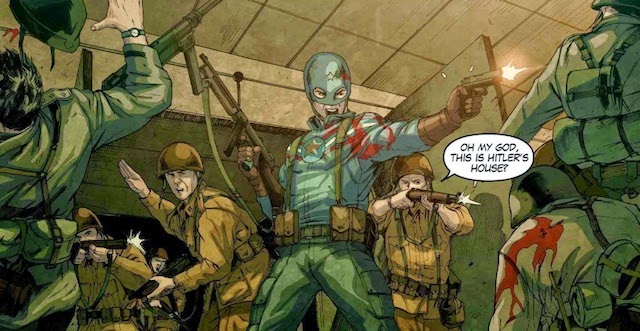 If you notice similarities between CaptainAmerica and the action and character in Odyssey Volume 1: History Lesson, there’s a very good reason for that. According to the forward by writer Dave Elliot, Odyssey is inspired by the public domain novel Gladiator by Philip Wylie. First published in 1930, the reportedly played a part in both the origins of Joe Simon and Jack Kirby’s Cap, as well as Jerry Siegel and Joe Schuster’s Superman. There are other influences in both to be sure, but Wylie is definitely one of the factors in play.

Odyssey is an interesting read, but it works best as a kind of bizarre Cap story, almost like an alternate history or version of the character. There’s something about it that is also reminiscent of Garth Ennis’ The Boys in the way that it tries to show another, darker, seedier side of superhero life that is largely glossed over by your typical white knights in tights fare. The protagonist looks like Cap, and even goes through many of the same struggles with morality and grapples with the same issues.

Pearl Harbor kicks off the action and serves as the inciting event. When a soldier “volunteers” for a special project, he dies, along with many more before him. But this particular one comes back. More accurately, something brings him back. Over the next 60 plus years, Blazing Glory, as he is known, kicks ass for America all over the globe, doing things like killing Hitler and Osama Bin Laden, and any other thankless dirty work that needs doing. While Blaze doesn’t age, or change much for that matter, the world around him certainly does, especially his beloved US of A, until he’s not even sure who or what he’s fighting for anymore. 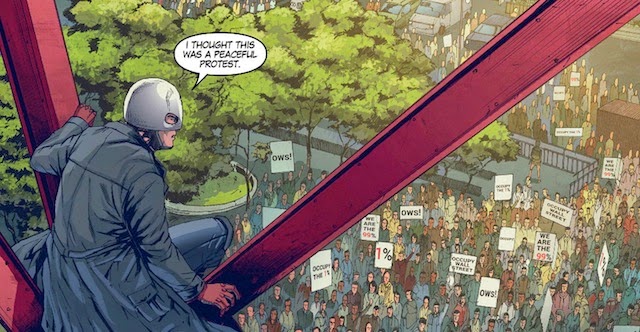 History Lesson is an apt title for this collection, taking you from the Japanese sneak attack, up through 9/11, George W. Bush and Barack Obama, and all the way to Occupy Wall Street and the present day. It’s an interesting tack, sometimes left leaning, sometimes right leaning, but always tied to history, which is both a strength and a weakness. You get a sense of how Blaze fits into the big picture, but at the same time the connection doesn’t always work, like an offhand mention of talking to Martin Luther King. It’s like it tries to hard to drive home the point that Blaze was super involved in every last piece of American history since World War II.

This sense of trying to do too much lets other things slip through the crack. There are narrative threads and key elements that aren’t developed like they need to be. For instance, in the middle of this collection there’s an aside where that links Blaze to a Vlad the Impaler, you know, Dracula, or at least a version of him. It’s an interesting idea, and a cool take on the idea of vampires, but one that shows up only to almost immediately disappear for the remainder. You keep waiting for it to come back, but it never does.

Throughout Odyssey similar things happen. There are times when Blaze is focused on what brought back, with the force that occupies his body and keeps him alive and prevents him from aging. You know that there’s something out there, something bigger, and you feel like you’re about to embark on a metaphysical search for god and meaning, but you don’t ever get into it. The narrative simply never quite digs into the themes and stories like it wants to, like you expect it to, and like it needs to in order to be successful.

While Odyssey is definitely an interesting read, one full of engaging, curious ideas, it simply never explores the biggest themes and stories in much depth. It touches on many things, all of which are worthy of further examination and investigation, but fails to go much farther than just introducing them as topics of conversation. Hopefully, as the series continues, Elliot and company will take the opportunities they’ve created to do just that. If that happens, this could turn into a fascinating title. 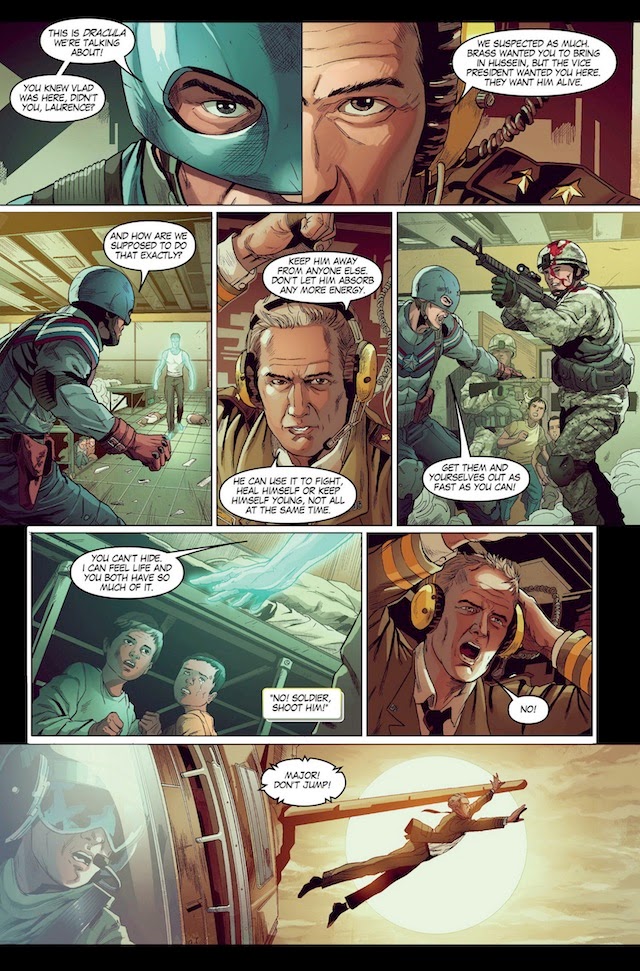 Posted by Brent McKnight at 1:52 PM