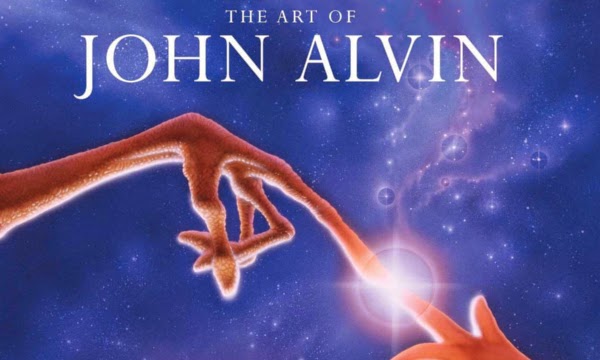 John Alvin may not be as well known as the likes of Saul Bass, or others among his contemporaries in the movie poster making business, but his body of work is no less impressive, and the images no less important and iconic. He passed away in 2008, but his wife Andrea Alvin has compiled an incredible book of his work, both the finished product as well as in-process pieces and alternates to the famous ones that you know and have framed on your wall.


Even if you don’t know his name, you know Alvin’s work. His first foray into movie art was for Mel Brooks’ Blazing Saddles in 1974, which right off the bat should indicate that he’s going to have an interesting career. The big ones you’re familiar with are the likes of Tim Burton’s 1989 Batman, Blade Runner, and a ton of Steven Spielberg movies, like E.T. and Jurassic Park. But he also worked on art for Willow, Spaceballs, and the resurgent Disney animation titles like Beauty and the Beast, Aladdin, and The Lion King. And then there’s the weird shit, like Brian De Palma’s The Phantom of the Paradise and the Eddie Murphy vehicle The Golden Child. Told you Alvin had an interesting career.

The book is broken into sections for each of Alvin’s projects, with an accompanying piece by Andrea. She talks a little about the movie, recounts the various issues involved with specific pieces, and overall offers a glimpse into her husband’s process, as by extension his life. This is a sweet, unique way for her to honor John, his work, and his life, and over the course of the book, you start to form a picture of this man.

In fact, this compilation is very much a family affair. Their daughter, Farah Alvin, who, as a child, posed for the hand in the E.T. image that graces the cover, wrote the afterward. She shares fond memories of posing for the Princess Bride poster, or the time in high school when her and her best friend stood in for John Smith and Pocahontas as a reference. It’s impossible for her to separate the man from his work because there is so much back and forth between the two that they’re not necessarily mutually exclusive.

But lets be honest here for a moment, as interesting as all of the personal stuff is, none of this is why you picked up this book. You picked up The Art of John Alvin because you want to see the art of John Alvin, and in that regard, you will not be disappointed. That is why you bought this book, or at least why you should buy this book.

These pages track Alvin’s career from the beginnings all the way to his later work, and they are full of the stunning posters he created over the years. More interesting and unusual than that, however, are the images you haven’t seen. Some entries are simple and straightforward. For example, for The Goonies there are only two pictures, both unused versions of the poster. Jurassic Park on the other hand, has more than 20 alternate incarnations that he created before he got to the finished product. Some are little more than rough pencil sketches of an idea, but many more could very easily have been used in the marketing campaign.

Other entries show the stages a piece goes through before it is complete, from coarse concepts all the way to the slick, polished one sheets. This gives you the opportunity to see how an idea evolves and gains shape through one man’s artistic process. Hell, even the Godfather: Part 3 stuff is fantastic and cool.

There’s so much more to Alvin’s career than what is in these pages, but there is definitely enough here to keep you interested and thumbing through. You’ll see old favorites, discovers some new ones, and get a couple of interesting insider stories to boot.

But do you want to know the best thing about The Art of John Alvin? There are hundreds of examples of posters inside, and only a scarce scattering feature that annoying, overused, hero-with-his-back-to-the-audience trope. There’s one for The Hunchback of Notre Dame and another for Darkman, but in both cases the pose makes sense. You don’t want to reveal the Hunchback going in, and Darkman is all kinds of dark and mysterious, man.

The Art of John Alvin hits bookshelves August 26 and is well worth taking a look at. 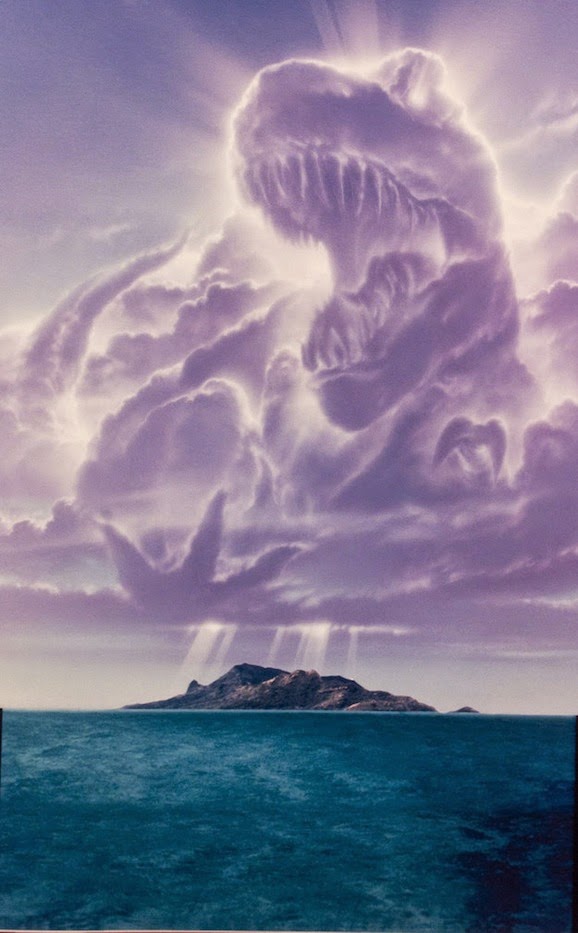 Posted by Brent McKnight at 5:38 PM