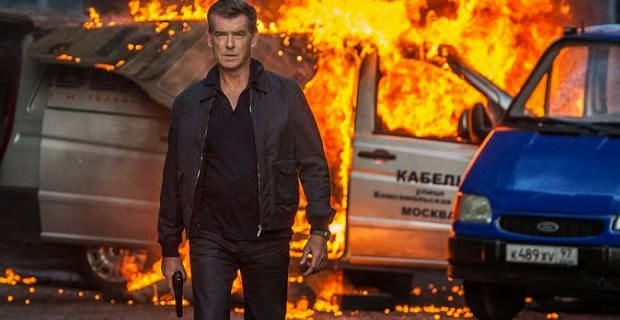 Whether or not they're dreaming, Relativity Media certainly thinks you’re all going to see their new spy thriller The November Man, because they’ve already set the wheels in motion for a sequel. And for the first little bit of the Roger Donaldson (Species) directed film you might be okay with that. It doesn’t do anything to reinvent the wheel, but, for a while anyway, this is a solid, if by the numbers, tale of espionage. It harkens back to height of the Cold War, where U.S. and Russian intelligence forces battled back and forth for information and the control of assets, where hidden, behind the scenes action had a massive impact on the world at large. Unfortunately, that only lasts for a little while.

Based on the novel There Are No Spies by Bill Granger, The November Man hits on all the spy movie tropes you expect. The hero, Peter Devereaux (Pierce Brosnan playing a spy yet again), is a CIA agent with a long, illustrious career, but when one job goes wrong, that’s it, he’s done. But you know how these things go, and a few years later an old buddy, Hanley (Bill Smitrovich) convinces him to come back for one last, very personal, just-when-you-think-you’re-out-they-pull-you-back-in mission. Things don’t go well and before long Devereaux is on the run with the beautiful Alice (Olga Kurylenko), coming to blows with his former protégé David Mason (Luke Bracey), and carries the fate of a large part of the world in his reluctant hands.

There are some decent car chases, lots of taut scenes where a character almost gets caught doing something sneaky, a tense, driving score, old allies coming into conflict, and numerous story strands. It’s that shades-of-grey world of international intrigue where the bad guys are bad, but even the supposed good guys aren’t so squeaky clean either.

When it sticks to that, The November Man is moderately entertaining, especially in a nostalgic way for those of you who grew up on such fare in the 1970s and 80s. You can’t help but think of genre-defining films like Three Days of the Condor and The Conversation, and those of you who read a lot of John Le Carre novels will be satisfied with this portion of the movie. It hits all of the right notes, but also falls into all of the same traps as many of its predecessors. 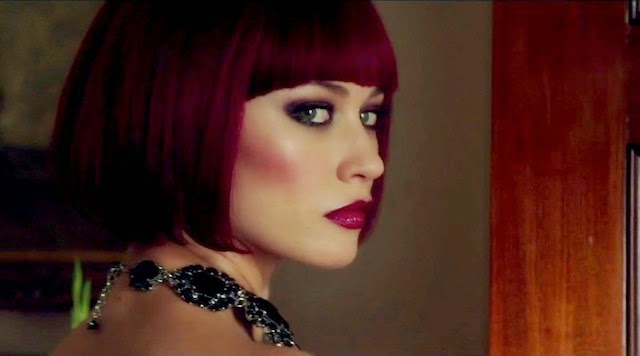 While maintaining the mystery is key to a movie like this, and while the set up necessitates numerous overlapping threads, there are far too many and it proves to be a fatal distraction. The main narrative that follows Devereux, his escalating conflict with Mason, and his search to uncover the truth, is by far where this is best. Again, it’s fairly rote, but it moves quickly. Brosnan does his best modern-day Liam Neeson bit as the smart, tough, tactician, always a step ahead, always a plan in motion. As compelling as he is to watch, there’s only so much he can do with this well-worn yarn, and when Donaldson moves away and broadens the spectrum, the film suffers.

When you get moving, all that momentum comes to a halt as the story takes yet another turn. Translating spy stories from page to screen is a tricky proposition. In a novel you have the space to do whatever you want, to be as complex as the story demands. Given the restrictions of the medium, you simply don’t have the necessary real estate in a film. As a result, many of these asides are underdeveloped, only touched on, or even just hinted at. Shifts come too quickly and are never fully earned.

The ending is also problematic, like the story just doesn’t know when to wrap things up. We’re so inundated with the idea that everything has to be a shock and a surprise, and with all of the superfluous digressions, The November Man overstays its welcome. As the story come further and further off the rails, you can feel Donaldson losing control over the narrative. Pieces are shoehorned into places where they don’t fit, the intense score cranks up a few notches until it’s overbearing, and the whole pot just bubbles up and over the top.

There’s nothing egregiously wrong with The November Man, but there’s nothing particularly remarkable about it either. Though it starts off as a decently fun throwback to a kind of movie that doesn’t get made much anymore—everything has to be hyperactive and full of quick cuts and spectacle, and tension takes a back seat to go, go, go—nostalgia only carries you so far. You need more depth and meat to cling onto, but Donaldson and company never quite deliver, and you walk away with a shrug and a noncommittal mutter about how the movie is “okay.”

Posted by Brent McKnight at 8:00 AM