'Bed Of The Dead' Trailer: A Worthy Successor To 'Death Bed: The Bed That Eats' 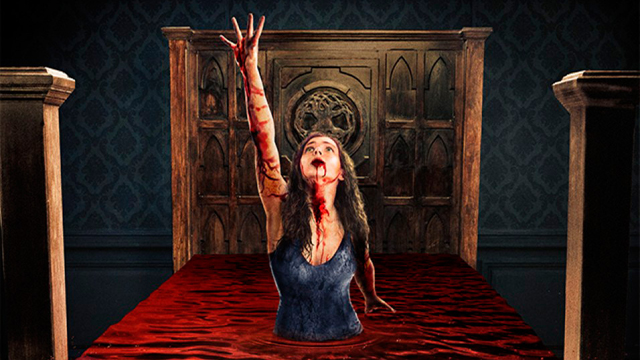 If you haven’t see Death Bed: The Bed That Eats, I suggest you rectify that at your earliest convenience. It’s about exactly what it sounds like. But if you can’t immediately track that one down—it can be a tough find—don’t worry, because we’ve got Bed of the Dead on the way, and the first trailer looks like a worthy successor.

Yeah, this latest offering from Black Fawn Films, the masterminds behind Antisocial and Bite, is right up my alley. I don’t think I could hear about a movie with the tagline, “You Made Your Bed, Now Die In It,” and not get pumped.

Here’s a synopsis from Screen Anarchy:

Two young couples out for a night of debauchery at the city’s oldest sex club find themselves stuck on a haunted antique bed where leaving means suffering a gruesome fate. Plagued with frightening hallucinations, they must figure out the bed’s secrets before they are picked off one by one.

But when they call the police for help they are connected with a hard nosed detective who at that very moment is investigating the death of four young people at the same sex club in the same antique bed!

Bed of the Dead is set to premiere at the Fantasia Film Festival this weekend on July 16. Hopefully after it makes some festival stops, Jeff Maher’s debut directorial feature will be available for mass consumption in the near future.
Posted by Brent McKnight at 8:37 AM