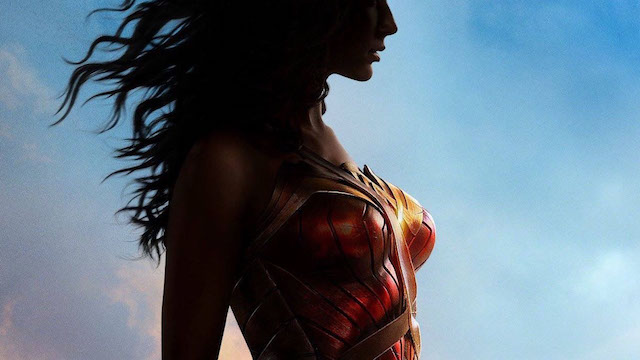 Over the weekend I was out of town, not at San Diego Comic-Con (thanks, New Jersey, for the 10+ hours in the Newark airport). But the overcrowded festival of all things geeky raged on in my absence (to be fair, I have zero interest in ever attending—it’s all my least favorite things, crowds, lines, and heat). Studios did, however, drop a shit ton of cool news about big upcoming features, including an array of trailers. I’ve been up for more than 36 hours, I’ve got a body full of caffeine, so what the hell, lets recap the best of the bunch.

The first Wonder Woman trailer has been the talk of the weekend, and with good reason. It looks fantastic and everyone who doubted the Gal Gadot hire should be eating their words right about now.

Following on that, the first Justice League trailer looks like a nice course correction from Batman v Superman: Dawn of Justice (I still maintain that Zack Snyder simply doesn’t understand or know what to do with Superman, and the fact that the Man of Steel isn’t too present here bodes well). I love that there’s a “Hey, Aquaman, why don’t you go talk to some fish” joke thrown in for good measure.

Doctor Strange continues to look awesome. I dig the runes coming out of his hand and the Inception-style world folding, and I hope this is the movie that truly starts to break the same-y Marvel mold.

I’m not going to bother adding the new Suicide Squad trailer. We’ll all see that for ourselves soon enough, and there’s been so much already, any more is redundant.

The Kong: Skull Island trailer promises the biggest King Kong we’ve ever seen on screen, which could be awesome or terrible.

Speaking of terrible, I’m not sure that Guy Ritchie’s King Arthur: Legend of the Sword is real. It looks like an elaborate joke, but one that may well be ridiculously entertaining. This trailer is really goddamn silly, I’m there.

Harry Potter fans the world over are getting hyped for Fantastic Beasts and Where to Find Them, which looks like a fine wizarding adventure in the latest trailer. You know, lots of spells and creatures and shit, and more Jon Voight than I expected.

It’s not a movie, but the first look at Marvel’s Luke Cage Netflix series is so, so badass. And this trailer features excellent use of Old Dirty Bastard.

And we also got a first look at Starz’ adaptation of Neil Gaiman’s American Gods, shepherded by the great Bryan Fuller. Yeah, I’m stoked for this. Now I need to get Starz.

There were others, but I just can’t care about Snowden. (With Citizenfour, isn’t this movie superfluous?) And I’m sure there were comic books to be found at San Diego Comic-Con, but apparently no one cares about them anymore.

Footage from the likes of Thor: Ragnarok and Guardians of the Galaxy Vol. 2 also screened for attendees. From the recaps, it all sounds wonderful, but those of us who didn’t want to wait in epic lines outside of Hall H will have to wait to see these moving images.

What are you most excited to see out of this batch? I have to go with Wonder Woman, that just needs to happen like right now.
Posted by Brent McKnight at 9:49 AM