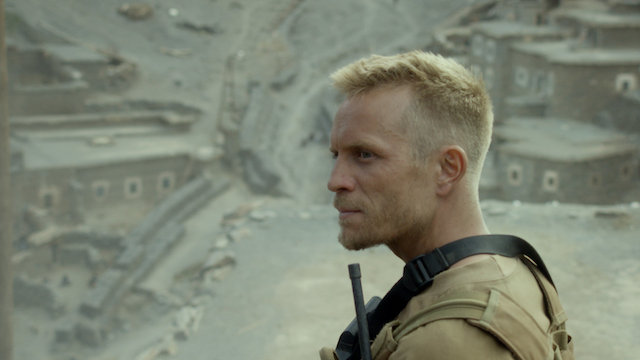 Though they can be some of the most powerful cinematic vehicles out there, war movies also often have a tendency to feel a bit same-y. “War is hell” is a common refrain, and while there are still remarkable highs to be found, ubiquitous entries in the genre often start to feel like their own special brand of damnation. Which is why Clement Cogitore’s Neither Heaven Nor Earth (formerly The Wakhan Front), an unnerving, unsettling, unique look at French soldiers at war in Afghanistan, is such a welcome burst of brooding, supernatural freshness.

A dreamy, borderline hallucinatory, slow-burn mystery, Apocalypse Now is the most obvious comparison point for Neither Heaven Nor Earth. Just in terms of the surreal vibe and sticking with characters who have no more idea what’s going on than the audience. These are drastically different films, but it’s a solid starting point for reference sake.

In 2014, on the eve of withdrawal, Captain Antares Bonassieu (Jeremie Renier, Brotherhood of the Wolf) and his men are stationed in a remote Afghan valley on the border of Pakistan. With resentful villagers to contend with and a rogue cell led by the enigmatic terrorist known as Sultan lurking in the desolate wilderness, control slips through their fingers as the men begin to disappear one by one without a trace. 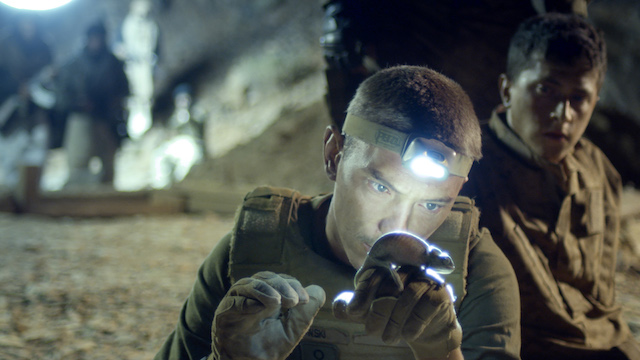 The setting of Neither Heaven Nor Earth is a kind of purgatory. Despite the tensions and threat of violence, this is a “calm zone,” and Antares and his men find themselves waiting for something to happen. The situation goes from peaceful to chaotic back to quiet in a blink, but most of their time is spent watching, watching, watching.

With a methodical, deliberate pace, Cogitore turns the screws, driving the tension for the soldiers and the viewer. Did the men go AWOL? Were they captured? Is there something spiritual or supernatural going on? All of this is hazy and half clear, and just when there appears to be a handle, things shift. Strange dreams haunt the soldiers, and the situation becomes a waking nightmare, pushing the men to the brink and beyond, far out into uncertain terrain.

Cinematographer Sylvain Verdet’s long, dusty wide shots call to mind John Ford at play in Monument Valley. And the use of glowing, green-hued night vision goggles ads to and enhances the pervasive, unsettling disquiet—this is much more effective than other similar recent attempts, like Sicario. There’s a spectral, ethereal sensation to watching these men watch the midnight landscapes. 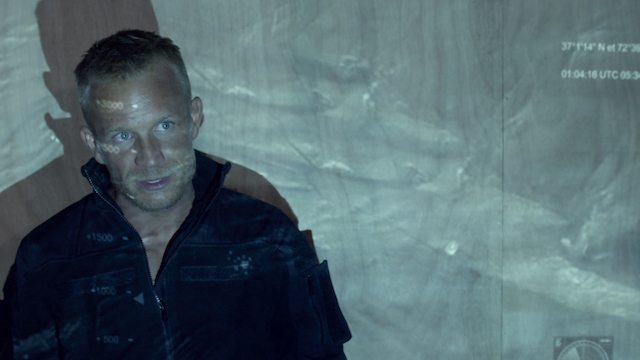 Packed with philosophical, supernatural, and religious overtones, Neither Heaven Nor Earth is an esoteric mystery that defies easy explanation or classification. Part war movie, part thriller, part fantasy or horror or it’s-never-quite-clear, it offers no concrete answers, which will frustrate many viewers. But for those caught up in the measured, meticulous stride and enigmatic plot, it hits hard. The audience, like the the characters, is left knowing that something happened, though precisely what remains up in the air. [Grade: B]