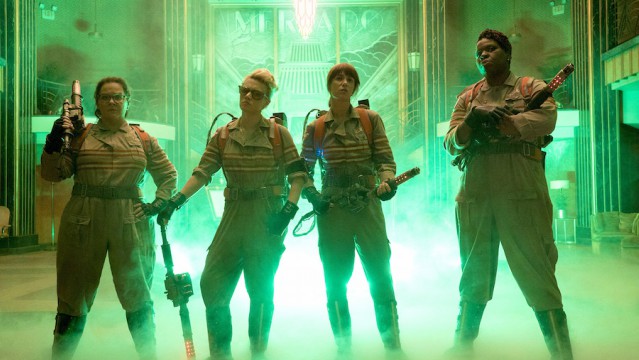 Ghostbusters 2016 is a curious phenomenon. The controversy and hateful misogyny swirling around the reboot has overshadowed the movie itself, but it’s finally here for us to watch and judge for ourselves.

Is it as great as the original? No, of course not. Ghostbusters is a classic that’s been one of my favorite movies since I was seven-years-old. To hold it up to that standard is absurd. Does it lean too heavily on the source material at times? Yes, there are a ton of callbacks, some of which work, many of which do not. Does it do that thing that all Paul Feig movies do where it’s more concerned with off-the-leash improv and funny people being funny than it is about character development or narrative momentum? Yes, especially in the second act.

But even with a few flaws and dings and scratches on the paint job, Ghostbusters is really goddamn funny. The film has vigor and a nimble energy; the core cast has fantastic comedic chemistry, mixing wry humor with big gags and a wingnut sensibility; and unlike its predecessor, the ghosts are scary as all hell. In 2016, every ghoul and specter, with one notable exception, is on par with the library ghost from the original.

Set up wise, Ghostbusters follows the same formula as the first film. It takes four of the funniest people working in movies and TV, most of them affiliated with Saturday Night Live, and teams them up with one of the best comedic directors of the day. In 2016 this is Melissa McCarthy, Kristen Wiig, Leslie Jones, Kate McKinnon, and Paul Feig, filling slots once occupied by Bill Murray, Dan Aykroyd, Harold Ramis, Ernie Hudson, and Ivan Reitman. 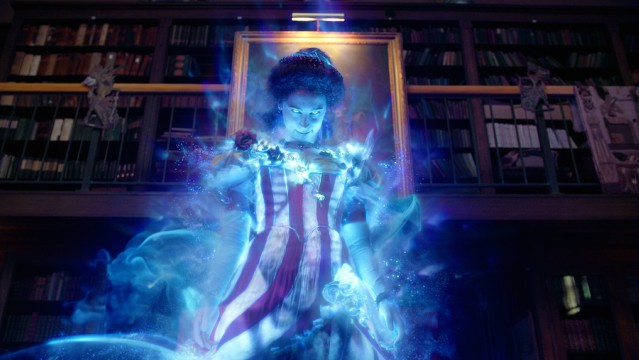 The tone, however, is quite a departure from the original. Though the premise is inherently ridiculous, the dry, droll sense of humor of the 1984 film reins in the farce. It has a grounded, lived-in texture. The update, on the other hand, takes a broad, borderline-slapstick approach that may feel jarring for those looking for a movie to ape the first. An aesthetic product of the modern era and the comedic stylings of the people involved, Feig’s update feels much more Paul Feig Movie than Ghostbusters. Which is fine, if you’re going to remake a movie, at least try to make it your own. And I generally enjoy Paul Feig movies, so that’s a bonus.

The plot is essentially lifted beat for beat from the source. Three scientists—Erin Gilbert (Wiig), Abby Yates (McCarthy), and Jillian Holtzmann (McKinnon)—with a particular interest in paranormal research, along with an average New Yorker, Patty Tolan (Jones), team up to wage a war on ghosts invading Manhattan. In this iteration, a villain, Rowan (Neil Casey), purposefully calls the spirits forth. He plans a ghost-pocalypse of sorts, a supernatural Travis Bickle-style “cleansing” of the streets.

Nothing in the story surprises anyone familiar with the jump-suited heroes, but world building is the weakest link in the Ghostbusters chain. Though there are enormous stakes—the fate of the humanity does hang in the balance—none of the characters are overly concerned, and as a result, Ghostbusters never delivers the necessary pressure and weight. The ghosts may be creepy and sinister, but there’s never much tension to be found; it’s hard to worry when the characters never particularly worry.

The first and third acts are where Ghostbusters shines brightest. Abby and Erin have a strained past, Holtzmann is a delightful weirdo, and Patty anchors the group of flighty scientists to the city and setting. Meeting them and watching the crew form initially is a hoot. The film builds to the massive, GCI-heavy finale expected out of big, spectacle-level summer blockbusters. It also makes the best use of 3D technology I’ve encountered in forever—I’d much rather have ghosts spewing ectoplasm and proton packs blasting at my face than deal with one more massive wannabe tent pole trying and failing to create a fully immersive world that only succeeds in giving me a headache. Once it arrives here, Ghostbusters sails to the finish.

But it’s between these bookends where Ghostbusters’ biggest issues lie. The humor fixates on gags and bits rather than situations and story. There are some incredibly funny moments and tons of laughs to be found, but as happens frequently in Feig’s movies, pace and progression are pushed aside for other concerns and the movie suffers. Whenever questions rear up, the answer simply appears, a character spouts a meaningless mouthful of scientific-sounding jargon, and they move on.

During the pouch-y, bloated midsection, it feels like Ghostbusters diverges from Feig and Katie Dippold’s scripted action to let the actors riff and run and adlib. Though the four leads have great comic harmony—amongst themselves and with Chris Hemsworth’s Kevin, their ditzy, pretty, barely-competent receptionist—character work and the emotional end of the spectrum are ignored.

The relationship between Erin and Abby is set up early on as the focal point around which the rest of the movie revolves. There’s a lot to mine as they have plenty of history and conflict, at least initially. But this thread falls by the wayside as they put years of hurt and betrayal behind them with a magical movie finger snap. Estranged for years, they quickly arrive at the point where they’re BFFs again, and never move a whit beyond that. (At the same time elements are left under-explored, others are over-explained, like the origin of the Ghostbusters logo.) 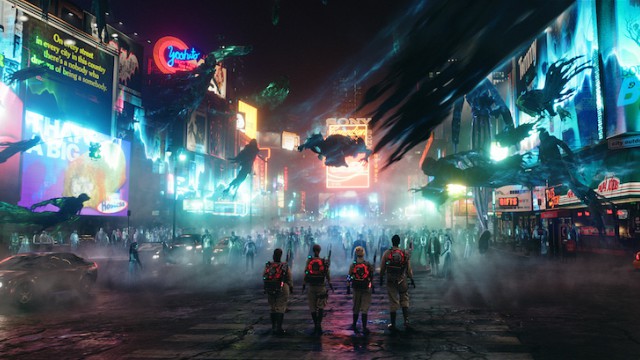 Instead of providing depth to counterbalance the silliness, Ghostbusters delivers endless gearing up montages. Seriously, this movie spends multiple scenes with the four leads in an alley testing Holtzmann’s new gadgets and gizmos. I’d trade most of these tech-centric scenes (except for the one set to a DeBarge song) for another earnest moment of strife between Erin and Abby.

Melissa McCarthy and Kristen Wiig are obviously the big names, but it’s Leslie Jones and especially Kate McKinnon who steal the show. Jones’ brash, acerbic Patty could easily play like an NYC caricature, but she brings an authentic humanism to the character and that flows below the boisterous humor. At my screening, I thought McKinnon was going to get a standing ovation when her name came up during the end credits. I’ve never seen that kind of crowd reaction, and it came with good reason. Holtzmann is off the wall and peculiar in the most charming, WTF way. I’d easily watch a movie of just Patty and Holtzmann, and Jones and McKinnon absolutely overshadow the two bigger stars. This should be a breakout moment for both performers.

Is Ghostbusters so objectively great that it will win over the hearts and minds of the most hardened Ghostbros, those dudes flooding IMDb with negative reviews despite not having seen the movie? Probably not. Not even the combined approval of Bill Murray, Dan Aykroyd, Ernie Hudson, and Ivan Reitman can fix what ails those miserable turds. Does it measure up to the original? No. To be fair, it’s not Paul Feig’s best movie, or even as good as it could or maybe should have been with all of these wonderful pieces in play.

Flawed as it is, and as difficult or even impossible as it may be to separate from the original, Ghostbusters is a damn fine time. Not every joke hits, and there are puzzling leaps in narrative logic, but despite the issues, this is a goofy blast. Though Ghostbusters may be slight and lack much substance, I thoroughly enjoyed hanging out with these characters, and I can’t wait to see them come back for more. [Grade: B]

Posted by Brent McKnight at 3:46 PM

I've always been a big Ghostbusters fan, but I wasn't going to watch this one until it arrived in the 99 cent bin. After reading this review I'm ready to watch it tonight.