The 25 Best Movies Of The 21st Century So Far 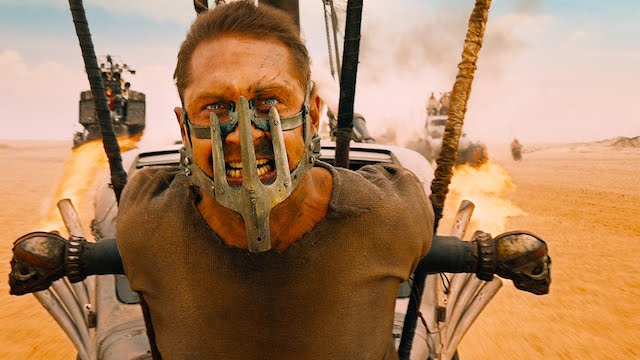 Recently, the BBC polled almost 200 film critics from around the world to compile a list of the top 100 movies of the 21st century so far. The reveal caused quite a ruckus in certain circles—and by that I mean the insular community that watches far too many movies and spends most of its time on film blogs and Twitter.

A crew of Seattle-based film critics, of which I’m one, got together and submitted our own picks, and the results are, well…interesting (we have a wide-reaching and eclectic tastes to say the least). Only four of the titles appeared on my personal list, so I thought, what the hell, I’ll share mine with the five or six people out there who actually give a damn what I think.

I hate ranking and grading movies. Putting numbers and grades on films is reductcive and rarely, if ever, tells the whole story. Still, I do it from time to time out of necessity—every year I say I’m not doing a top ten list, and every year I cave.

It didn’t take long to develop issues with my own selections, and if I had to do it over—even an hour later—this would be completely different. But I stand by these choices. These are the movies that have stuck around and that cling to my ribs.

Admittedly, these choices fall heavily in the last decade, probably too much so. And I’m bummed by the lack of female filmmakers (there were more on my initial list of 80+ titles, but only one appears below). Still, there’s a good mix. Fewer blockbusters than I expected. 13 are from outside the U.S., while eight aren’t in English. I almost had three Coen Brothers movies (No Country For Old Men and True Grit both appeared in the top 25 in various incarnations). There’s a noticeable lack of Spielberg and Scorsese (though Gangs of New York almost made the cut). No joke, I watched Pitch Perfect every day for a month at one point, and Universal Soldier: Day of Reckoning almost replaced Ninja 2: Shadow of a Tear (I guarantee I’m the only Seattle critic who put that in the top 25). I feel like most, if not all of these, were made just for me.

There’s been some talk that the number one choice on the Seattle list (which just so happens to be my number one overall pick) is too soon, and in most cases I might agree. But I feel completely justified with this one. It’s a movie that took so long to arrive it was at the top of my most anticipated list something like four years running, and then God almost wiped it out of existence (one of the intended filming locations was literally rained off of the map). And when it finally dropped, it more than delivered on my overinflated hopes and dreams, so I’m more than comfortable with my top choice.

I could talk about all of these choices at great length, and I could pick and re-pick from now until we live in a Mad Max style apocalyptic scenario. But eventually I just had to say fuck it and release my list out into the world and see what happened.

So here they are, one jackass’s top 25 movies of the 21st century thus far. Make of it what you will and judge me as harshly as you like: