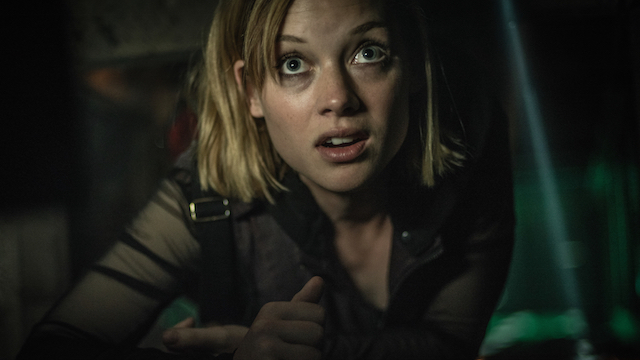 Okay, I think we can all admit that, as far as big summer blockbusters go, 2016 has been a less than stellar year. But as the season winds to a close, that doesn’t mean there aren’t still quality films on the way. One of my most anticipated movies of this particular trip around the sun, Fede Alvarez’s Don’t Breathe, hits in a few weeks, and it just released a rough new red band trailer.

Heads up, like the last one, this trailer appears to give away most of the plot. Do with that information what you will, but I’ve been told it’s best to go into Don’t Breathe with as little foreknowledge as possible. And isn’t that always the best way?

Don’t Breathe stars Jane Levy, who showed up in Fede Alvarez’s Evil Dead remake, Stephen Lange (Avatar), Daniel Zovatto (It Follows), and the kid from Goosebumps. The story revolves around three young thieves who think they have an easy score when they break into a blind man’s house. Boy howdy are they ever wrong.