11 Movies To Watch After 'Don't Breathe' 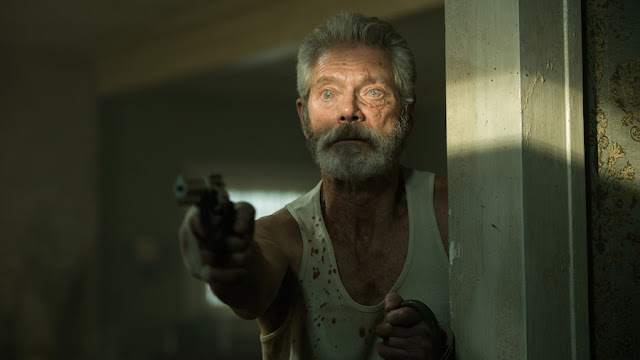 I’ve been waiting for Don’t Breathe for what feels like forever at this point, and Fede Alvarez’ (Evil Dead) nasty, vicious horror joint doesn’t disappoint (check out my review HERE). Steeped in brutality and tension, it’s a catalog of nods and influences—there must be millions of “heist gone wrong” movies—and here are a handful the movie references, or that occurred to me while I watched.

Just a heads up: Go see Don’t Breathe before reading further. I’m not going to give away many spoilers, but as glorious as my writing is (it’s so hard to convey sarcasm), I promise Don’t Breathe is an even better time. 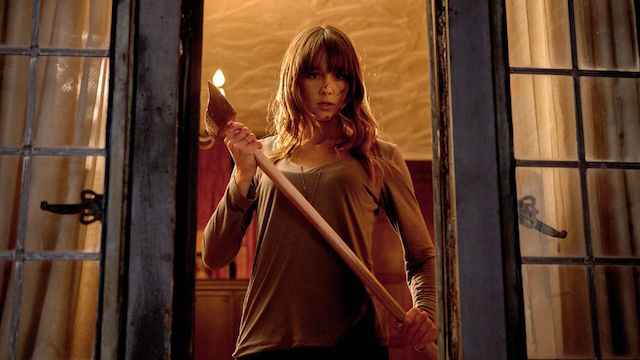 Like Don’t Breathe, Adam Wingard’s You’re Next doesn’t reinvent the home invasion narrative. But playing around with the conventions, it infuses the tropes and conventions with a freshness, and is one of the most energetic, watchable of the recent dalliances in the subgenre. Another in the current wave of horror filmmakers revisiting and retooling classic forms, melding them to their own ends. 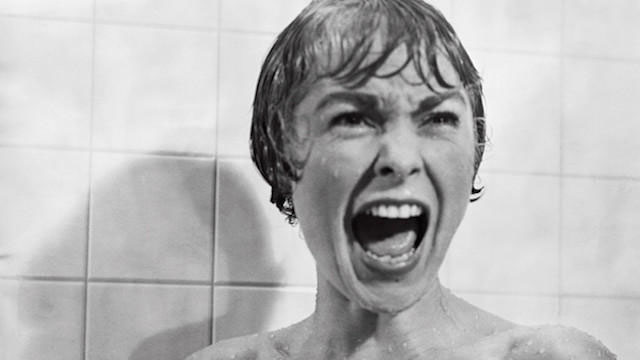 With a giant house, a heroine pursued by a madman, and meticulous, masterfully constructed tension, Psycho’s DNA is all over Don’t Breathe. 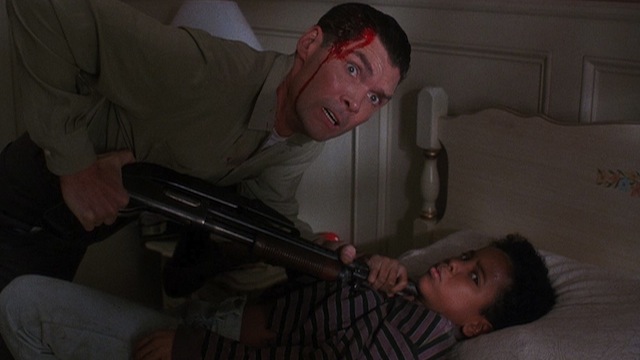 The People Under the Stairs

Wes Craven’s most deranged, demented film, ThePeople Under the Stairs is an obvious precursor to Don’t Breathe. From the social allegory to being trapped in a creepy old house to unexpected shit at every turn, the parallels are legion. 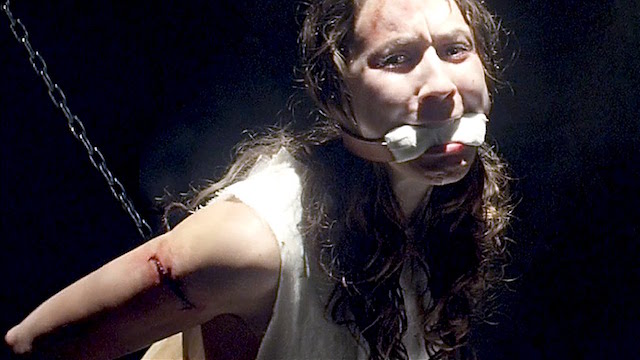 Not to give anything away, but there’s one key scene in Don’t Breathe in particular that calls to mind Pascal Laugier’s French Extremity masterpiece, Martyrs. And like Psycho, the broader inspiration is readily apparent. 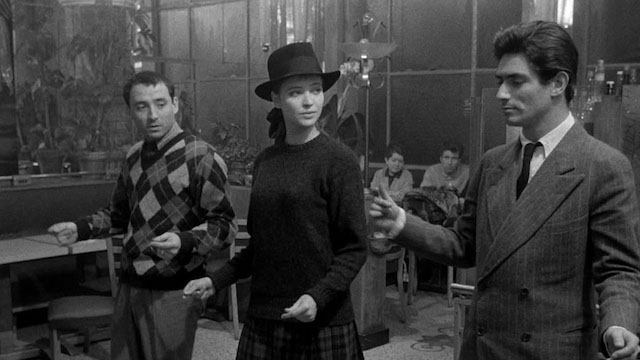 A very different kind of French influence, Jean Luc-Godard’s New Wave heist Band of Outsiders (Bande a part) is all up in Don’t Breathe’s business. Three robbers—two men and a woman—after a pile of cash, a job that nosedives into the ground, and an oddly similar vibe permeates the film. The quiet of the movie even apes the “minute of silence.” 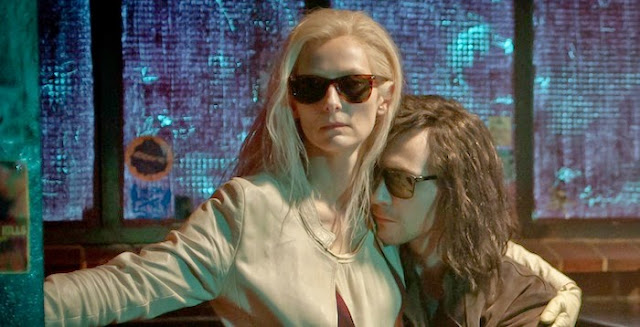 Jim Jarmusch’s romantic vampire saga, Only Lovers Left Alive, is a very different movie from Don’t Breathe, but they both exist in the same barren, desolate, isolated Detroit that mimics an urban wilderness (if you’ve never been to one of these neighborhoods, it’s an ethereal, surreal sensation). If you’re looking for a grizzled Detroit vibe, It Follows gives a taste, but nothing like Only Lovers. 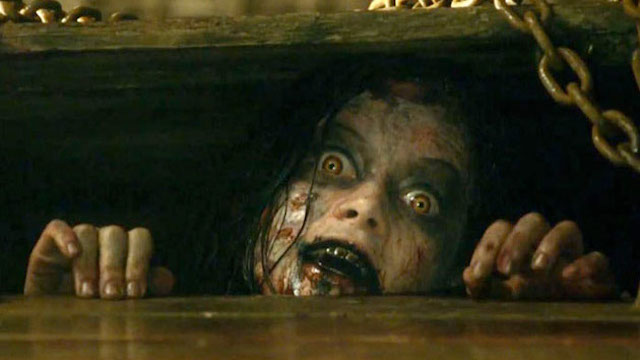 By this I mean both Sam Raimi’s 1981 classic or his protégé’s 2013 remake. Fede Alvarez owes an obvious aesthetic debt to his mentor, especially the Evil Dead movies. While his own spin, though heavier on the gore than Don’t Breathe, introduces the mean, nasty streak on a grander scale than his short Panic Attack (which you should also watch). 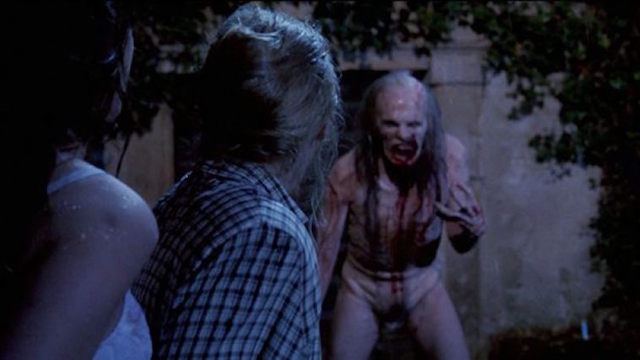 Intentional or not, Don’t Breathe watches like a retelling of H.P. Lovecraft’s short (like 1200 words short) story “The Terrible Old Man.” This calls to mind the likes of The Dunwich Horror (or John Carpenter’s In the Mouth of Madness, which is Lovecraftian, but not actually based on Lovecraft). But as far as movies go, Stuart Gordon’s Castle Freak has the most similarities. While the supernatural element is absent, there’s blindness, dead daughters, drunk driving accidents, manacles, and other thematic and aesthetic hallmarks. 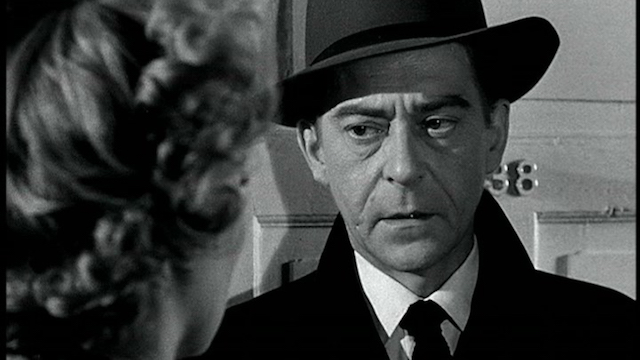 Film noir overflows with examples of generally good people pushed to criminal extremes only to face dire consequences, and good people corrupted by greed. I could list dozens of movies that follow this pattern, but watching Don’t Breathe, it’s the 1955 French noir Rififi that came to mind. There’s the down-on-his-luck protagonist, the “perfect” heist, the violent retribution, and it both works with and breaks the conventions of the crime narrative, much like Alvarez’s film does with home invasion. 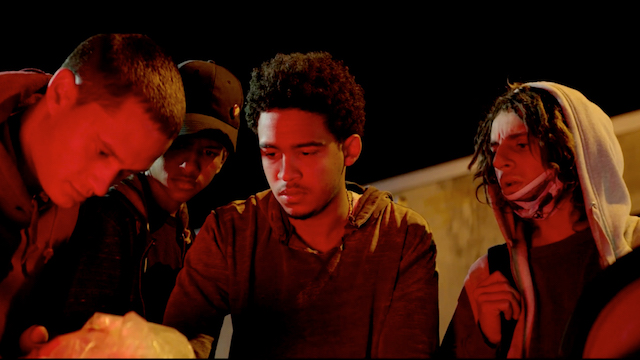 Though vastly different than Don’t Breathe, Steven Caple Jr.’s directorial debut, The Land, is another example of urban kids, stuck in desperate, hopeless straits, turning to crime as a way out, only to find themselves way, way out of their depths. And like Alvarez’ film, these kids also dream of an idyllic, sun-soaked California life. 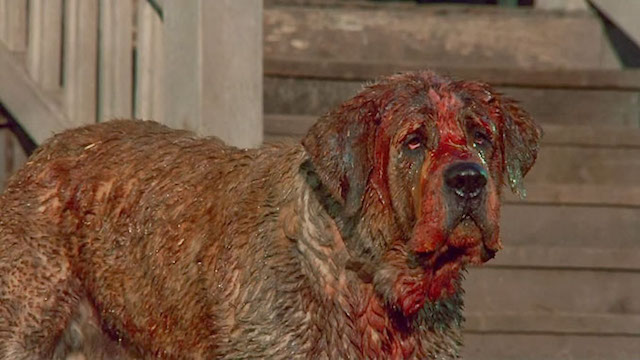 
Sure, any time there’s an angry dog on screen, people reference Cujo. And sure, the angry dog in Don’t Breathe is a Rottweiler not a St. Bernard. But unlike many movies that attempt to employ this sort of methodology, Alvarez captures the visceral, gut-level terror of a vicious, rampaging beast with only one thing on tis mind: eating your face.
Posted by Brent McKnight at 8:31 AM

Email ThisBlogThis!Share to TwitterShare to FacebookShare to Pinterest
Labels: Don't Breathe, Evil Dead, Horror, List, Lists, Movie Review, news, Psycho, The Land, The People Under the Stairs, You're Next