I absolutely adore C.H.U.D., which, if you don’t know, stands for Cannibalistic Humanoid Underground Dwellers, AKA homeless dudes living in the New York City sewers horribly mutated by radioactive waste. It’s a dirty, nasty, low-down, wonderful ‘80s horror joint. One of my all-time favorites, the 1984 cult feature is getting a fancy pants new Blu-ray release.

The fine folks at Arrow Video dropped this tidbit on their Facebook page, and this news is good enough to make my entire weekend.

14 years ago I went on a crazy, two-month long cross-country road trip with two friends. We stayed around the Boston area for a big chunk of time, and one day went up to Salem to watch some friends’ band practice. Over in one corner, I saw this hideous, melted looking creature—not a real one, obviously a prop of some sort. I grabbed one of my buddies and asked, “Is that a fucking C.H.U.D.?”

Turns out that Shepard Abbot, one of the writers, owned the art space where the band practiced. Everyone was shocked I knew about what they thought was a bizarre-o little horror movie, only to immediately lament that fact as I embarked on numerous lengthy, C.H.U.D.-based rants. Shep did give me a shirt, which I still have, so that was pretty sweet. 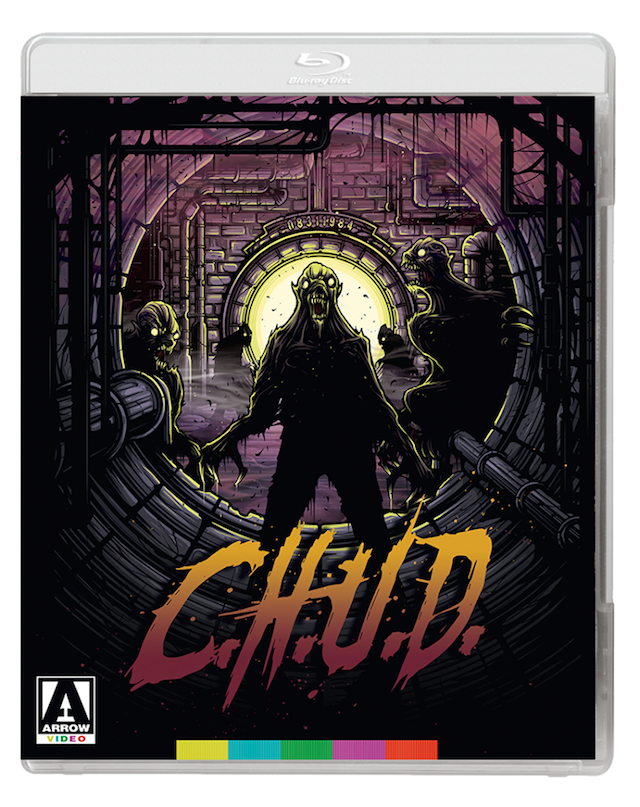 THEY’RE NOT STAYING DOWN THERE, ANYMORE!

In downtown Manhattan, a police captain’s hunt for his missing wife leads to the discovery of a series of mysterious disappearances in the area. Extending his search into the tunnels and sewers below the city streets, it soon becomes clear that something monstrous is lurking in that subterranean world – and it won’t stay there much longer…

Starring John Heard (Home Alone) and Christopher Curry (Starship Troopers) alongside an early appearance from John Goodman, C.H.U.D. has justifiably built up a huge cult following in the years since its release in 1984, with one of the most iconic creature designs of the period.

•Optional English subtitles for the deaf and hard of hearing

C.H.U.D. is fucking awesome, but doesn’t get the credit it deserves outside of hardcore horror circles. 1989’s C.H.U.D. 2: Bud the C.H.U.D., is not so hot, but that doesn’t tarnish the original.

There’s no word when the C.H.U.D. Blu-ray hits the streets, but it looks to be well worth the asking price, and I will be first in line.