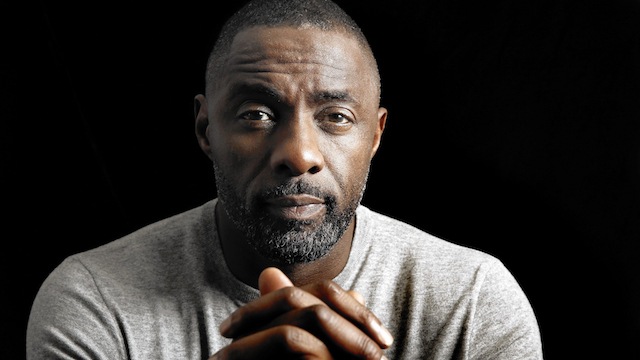 Idris Elba is a total badass. For all the talk, I hope he doesn’t become the next James Bond, not because I give two shits what color a fictional spy’s skin is, but because I want him to keep doing other awesome stuff and not be tied to one character for years at a time (he’s already on the Dark Tower chain). Awesome stuff like a new documentary series where he’s going to train to be a professional fighter and actually climb in the ring.

Movies and fighting, it’s my two favorite things coming together.

Deadline reports that the actor will appear in Idris Elba: Fighter, a three-episode series where he’ll train to become a pro kickboxer. In the end, he’ll actually climb in the ring with a seasoned vet and they get to kick the hell out of each other.

This isn’t the first series to follow around people training various martial arts styles. Late last decade, both Human Weapon and Fight Quest used the same approach—a pair of dudes travelled all over, trained with masters in a specific discipline, and ultimately faced off against a fighter who had spent years perfecting the particular form. But I’m so much more invested in watching Idris Elba’s journey through to Cuba, Japan, the U.K., Thailand, and South Africa.

Though it may seem like a strange endeavor at first, it makes total sense. Idris Elba is a longtime kickboxer—he’s trained for more than a decade, and said many times it’s his primary method for keeping in shape. He also said his ultimate goal is to be “fight-ready” at a moment’s notice, which is tough as fucking nails.

He’s also a huge gearhead, a passion he indulged onscreen in Idris Elba: King of Speed and Idris Elba: No Limits. A musician and DJ, maybe this is just the next in a line of shows that will ultimately give us Idris Elba: Let’s Go Clubbing.

Talking about the show, Elba said:

“It has been a lifelong ambition of mine to fight professionally. Entering the ring to further test myself as a human being is a challenge I have been looking to take on for quite some time.”

Basically, I am so, so down with Idris Elba: Fighter. Mostly because I’m a huge kickboxing enthusiast, I love training and watching other people train and fight, and I want to watch Idris Elba kick dudes in the face.

The three-part Idris Elba: Fighter is set to air on Discovery Network in the U.K. and U.S. sometime next year. Good on them for recognizing how much the world wants to see Idris Elba elbow guys in the temple.
Posted by Brent McKnight at 9:59 AM