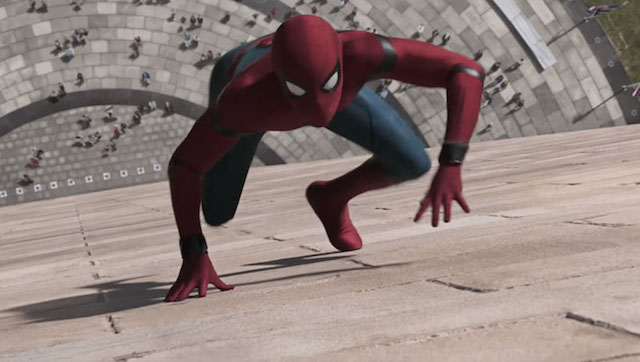 Looks like Christmas came early, True Believers. Last night arrived with snow (at least here in Seattle) and two, count ‘em, two, new trailers for Spider-Man: Homecoming. The first is the domestic version, followed by an international take, and together, they feature a nice collection of footage.

After the less-than-stellar AmazingSpider-Man movies, Marvel managed to work out a deal to acquire the rights to probably their best known, most beloved superhero. Much to drooling and boners by fanboys everywhere.

We got our first look at the latest Wall Crawler, played by Tom Holland, in Captain America: Civil War, and Spider-Man: Homecoming marks his first solo joint in the MCU. Or at least as solo as any Marvel movie is—that shot at the end where he swings into action next to Iron Man is the stuff comic nerd wetdreams are made of. 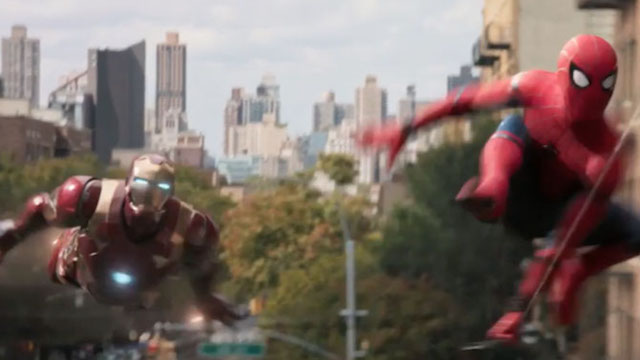 What we’ve seen from Holland’s Spider-Man thus far, this trailer included, is a different take than the last two incarnations. Sure, Tobey Maguire and Andrew Garfield’s Peter Parkers were both in high school, but they never really harped on that element. Much younger, this version feels much more in line with an actual teenager, and Homecoming shares DNA with 1980s high school comedies, full of wise cracks and general teen horniness.

That’s not to say everything is all fun and games. Michael Keaton shows up as the Vulture, and he looks straight-up terrifying. Wait, I just realized this might mean the MCU could have a good villain besides Loki. Do you think that could happen? I’m not holding my breath. I’m sure they’ll find a way to make Vulture bland and forgettable, but there’s potential.

Now check out the international Spider-Man: Homecoming trailer, which features a bunch of different footage.

This take on the trailer has probably the most Spidey moment we’ve seen from Holland’s stud of the character, when he uses one masked robber’s arm to punch another. And I’m totally on the hook for this crew of baddies wearing Avengers masks.

Here’s an actual synopsis of Spider-Man: Homecoming if you’re interested in such things:

A young Peter Parker/Spider-Man (Tom Holland), who made his sensational debut in Captain America: Civil War, begins to navigate his newfound identity as the web-slinging super hero in Spider-Man: Homecoming.  Thrilled by his experience with the Avengers, Peter returns home, where he lives with his Aunt May (Marisa Tomei), under the watchful eye of his new mentor Tony Stark (Robert Downey, Jr.). Peter tries to fall back into his normal daily routine – distracted by thoughts of proving himself to be more than just your friendly neighborhood Spider-Man – but when the Vulture (Michael Keaton) emerges as a new villain, everything that Peter holds most important will be threatened.