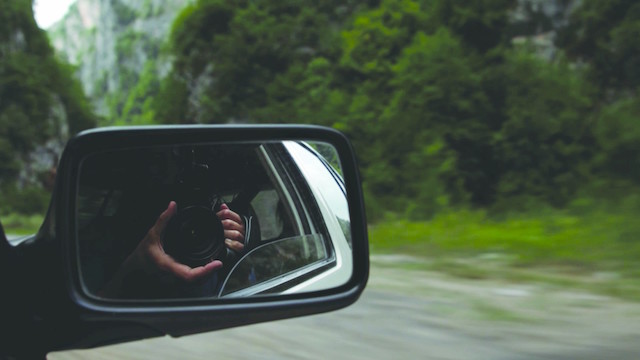 Without fail, some people grouse about how that particular 365-day journey around the sun was a bad year for movies. 2016 is no exception, a circumstance made all the more egregious because so many giant blockbusters sucked ass or, perhaps even worse, wound up inane and tepid and unmemorable in every regard.

But the people who gripe about 2016—or any year for that matter—are stupid and lazy. Okay, that’s an overly angry, reductive, and dismissive statement. I admit that. Still, the simple fact is that if you think any year was a bad year for movies, you either don’t know where to look or you’re not watching enough movies. I realize it’s a privileged place to watch hundreds of movies every year—it’s also often a slog (and for a hefty chunk of this year at least, it was my job, and even in the best jobs, some days you just don’t want to go to work)—and not everyone has the time, opportunity, or resources to see everything.

However, if you really want to watch good movies, there are good movies to watch. Always. Every single year. And there’s wider access now than ever before.

I’ve been obsessed with movies since I could obsess over things. I watch hundreds of movies a year. And I have never encountered a year lacking in incredible movies, ones that introduce exciting new cinematic voices or future favorite actors, ones that take risks, ones that make me laugh and cry and absolutely eviscerate me.

That’s never happened. Not once, and I’m pushing real hard at 40. If you judge 2016 solely by the content of the summer blockbuster season, yeah, it wasn’t the greatest (holy fuck, there were some dogs and the blandest offering of potential tentpoles in quite a while). Maybe if you base this only nothing more than box office receipts, you can argue this was a down year (though Hollywood did just cross the $11 billion threshold, so there’s that). But there’s so much more to cinema than those metrics.

If you wanted to see incredible movies in 2016, there was no shortage. And with that in mind, here are my top movies of 2016. I never say best, because I firmly believe that there’s no objective “best” when it comes to art. These are simply the films that moved me, that stuck in my throat, and that, for one reason or another, I most enjoyed over the past year.

While there are a few notable exceptions (Martin Scorsese’s Silence, is a prime example), I’ve seen just about everything. Over time, the order will likely change—it’s mostly arbitrary anyway—and there will be titles I wish I added. But for the most part, for the moment, this is my list. 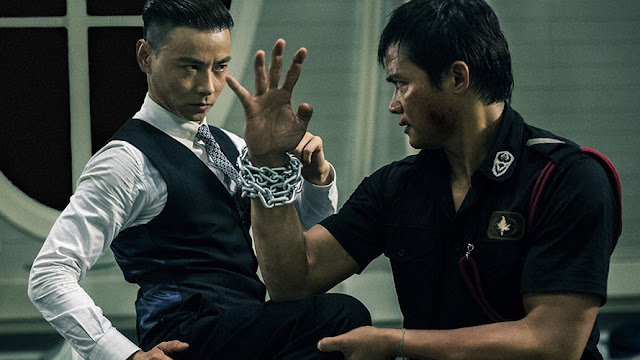 I knew this was going to happen, that I would leave one key title off. To be fair, I don't forget about Kill Zone 2, I just forget it came out this year. It definitely needs to be on my best-of list, though. Easily one of the best 2016, Tony Jaa, Jin Zhang, and company deliver one of the top bone-breaking, face-kicking auctioners since The Raid movies. Inventive, brutal, and with a better script and more emotional depth than this sort of flick usually delivers, Kill Zone 2 is one I'll be rewatching for years to come. 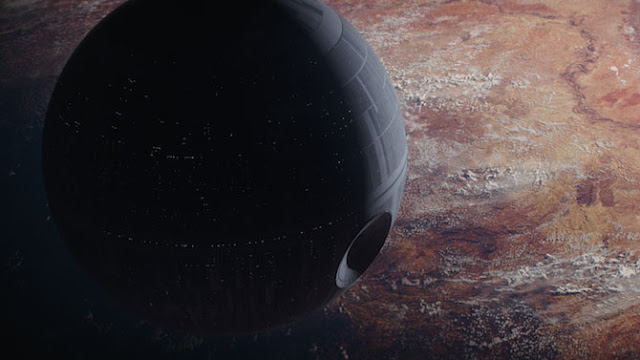 As long as they keep cranking out Star Wars movies, they’ll very likely wind up on or at least near my end-of-the-year lists. Like The Force Awakens last year, Rogue One: A Star Wars Story has flaws, but that didn’t diminish my enjoyment (though they may creep in with subsequent viewings). Exciting, thrilling, and darker than any chapter outside of The Empire Strikes Back (and definitely giving that film a run for its money), Gareth Edwards’ standalone spinoff expands this universe and provides a welcome addition to that galaxy far, far away. 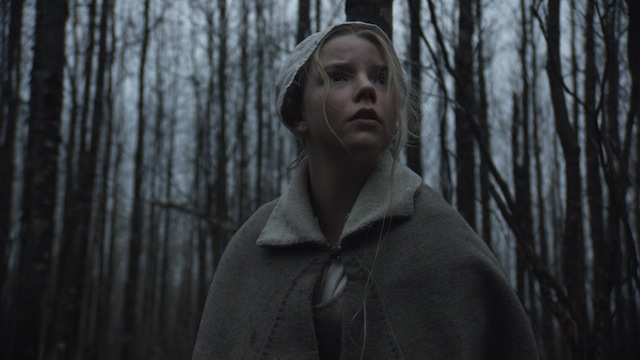 Creepy, creepy, creepy. That’s what Robert Egger’s debut feature, The Witch, brings to the table. A grim, unyielding supernatural fable steeped in 17th paranoia and Puritanism, this is all slithering tension, fearful atmosphere, and religious hysteria that may or may not be warranted. Slow-burn horror that certainly isn’t for everyone, this is Rosemary’s Baby via the Salem Witch Trials, with a career-making turn from then 18-year-old Anya Taylor-Joy and the best cinematic villain of the year in a goat named Black Phillip. 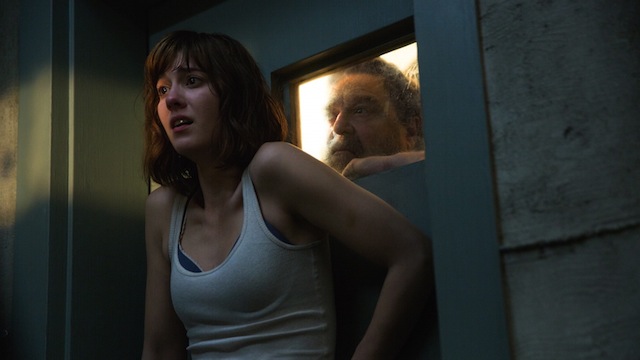 Movies don’t need sweeping casts and monumental budgets to be successful, and Dan Trachetneburg’s surprise pseudo-Cloverfield sequel, 10 Cloverfield Lane is a prime illustration of this fact. Small, taut, and claustrophobic, with three real characters, a single primary setting, and a wicked smart streak, he crafts an engrossing psychological thriller. A young woman (Mary Elizabeth Winstead) wakes up from a car accident in the underground bunker of doomsday survivalist Howard (a phenomenal John Goodman). He says there’s been an attack and it’s no longer safe outside. Whether or not he’s on the level remains to be seen, but the script cleverly sets up and subverts expectations, shifts vantage points, and plays like a horror chamber drama. 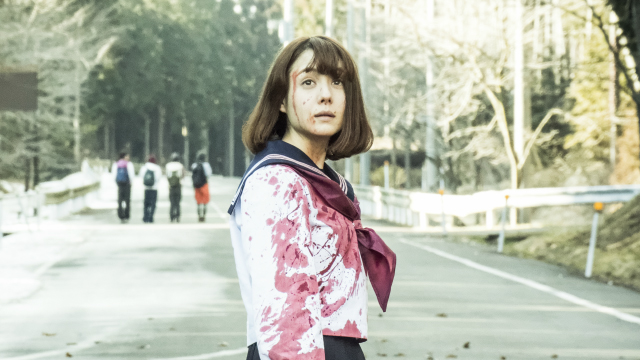 Japanese madman Sion Sono’s Tag is certainly not the movie I anticipated; it’s not even the movie it appears to be at the start. Manic and frenzied and funnier than a riverbed full of bisected school girl corpses should be, Tag is gory, delirious, and over the top. Completely deranged and surreal, it’s also a thoughtful, sharp, damning commentary on the way gaming, art, and culture sexualize and objectify women, especially young girls, pointing an accusing finger the audience’s way. 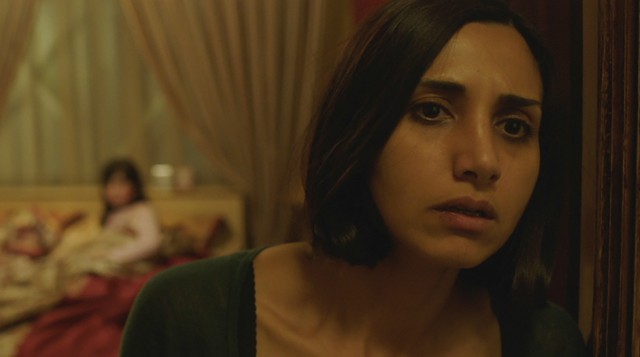 Every year has a few stunning horror debuts—now all unfortunately known as “this year’s Babadook.” In 2016, none was more memorable or effective than Babak Anvaris’ Under the Shadow. Set in a post-revolution Iran, in the midst of the Iran-Iraq war, a mother and daughter contend with cultural oppression, political suppression, and bombs dropping regularly on the neighborhood. As if that isn’t enough, a mysterious evil haunts their apartment and terrorizes the family. With a unique setting, compelling protagonist, intriguing mythology, gut-level psychological terror, and eerie monsters, Under the Shadow is a tight, unsettling horror yarn with all the makings of a new classic. 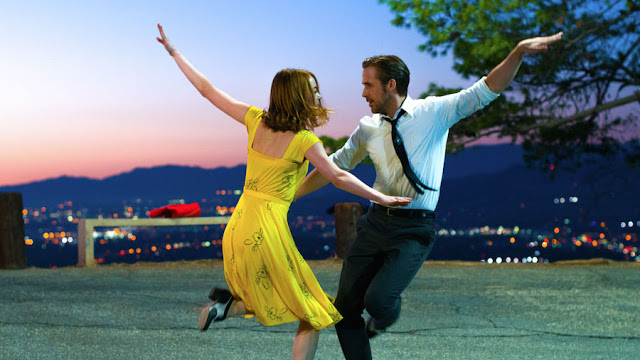 Damian Chazelle could have done anything he damn well pleased after Whiplash, and he chose to make an old-school Hollywood musical. And god bless him for that. Emma Stone plays an aspiring actress, while Ryan Gosling is a throwback jazz purist. Achingly romantic and propelled by the whirlwind chemistry of its leads and ear-worm song and dance numbers, La La Land is a dreamy, wistful, delightful reflection on love, heartbreak, and life. All wrapped in classical musical trappings. 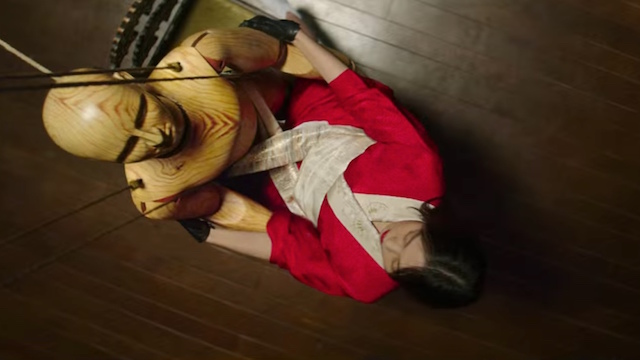 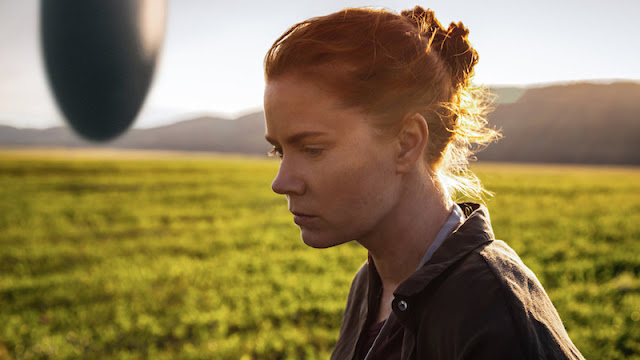 After a run that includes Incendies, Prisoners, Enemy, and Sicario, Canadian director Denis Villeneuve dipped into the sci-fi pond with Arrival (where it appears he’s going to stay for the foreseeable future with Blade Runner 2049 up next and a possible Dune adaptation to follow). I couldn’t be more excited. Fronted by Amy Adams, this isn’t your typical alien invasion tale, it’s an inventive, dreamy mediation of love, loss, time, and communication. Cloaked in cinematographer Bradford Young’s singular visual style, Arrival is a movie that feels pressing and urgent. 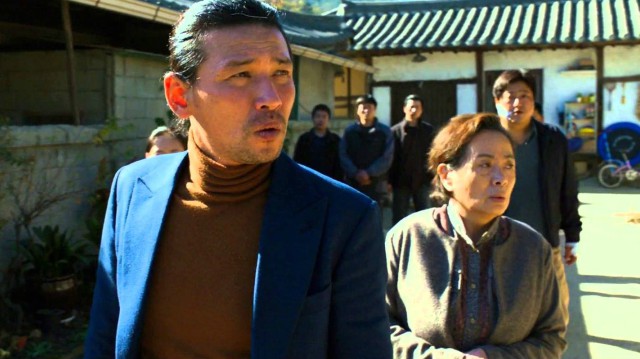 With The Chaser and The Yellow Sea, director Na Hong-jin crafted two of the best gritty crime thrillers come out of South Korean in recent years, which says quite a bit. It took six years—including a reported year to edit—but while The Wailing strays into uncharted horror territory for the filmmaker, it doesn’t disappoint. A twisting, serpentine, supernatural mystery unfolds as a small town cop (Kwak Do-won) tries to get to bottom of a wave of inexplicable murders. Tense and brooding, The Wailing pushes at traditional genre boundaries, synthesizing black magic, ghost stories, possession narratives, and even zombie tropes into something hideous and exquisite, heartbreaking and horrifying. 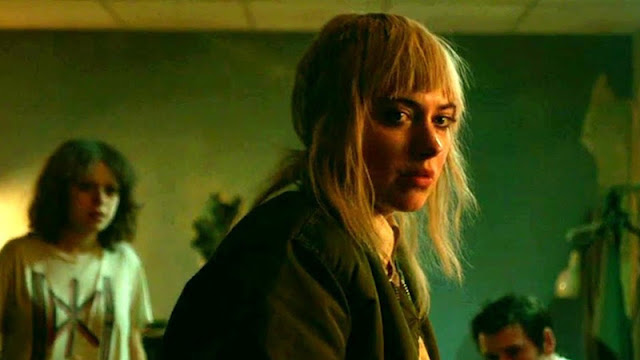 Brutal, nasty, punk as fuck. Urgency and agency are the name of the game as a young punk rock band finds themselves besieged on all sides by a cadre of vicious Nazis, fighting for their lives in Jeremy Saulnier’s Green Room. Gritty, vicious, and propulsive, it’s a bittersweet triumph due to the untimely death of fantastic lead Anton Yelchin in 2016. A strong supporting cast includes a nightmare-inducing turn from Patrick Stewart like we’ve never seen him, as a white supremacist elder statesman. Once again, Saulnier shows he’s one of the most exciting young American filmmakers on the scene, and I can’t wait to see what he does next. 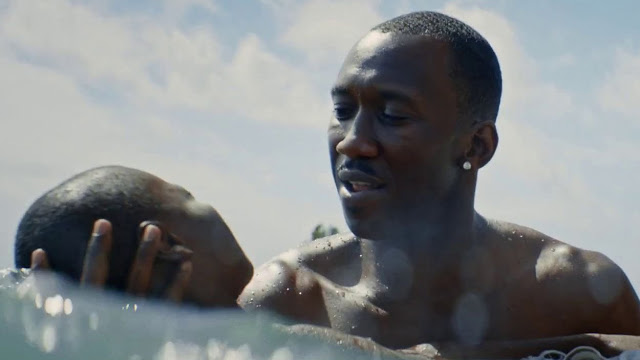 Moonlight has already topped any number of year-end best-of lists. The contrarian in me wants to go with another choice, to shake things up, to be iconoclastic and antagonistic. But I can’t. There are other movies I adore, and others came close, but nothing hit with the same force ass Barry Jenkins’ subtle, moving, tender coming of age drama. Dreamy and gorgeous and enchanting, I caught myself watching Moonlight with my mouth wide open, leaning forward in my seat, scarcely breathing. 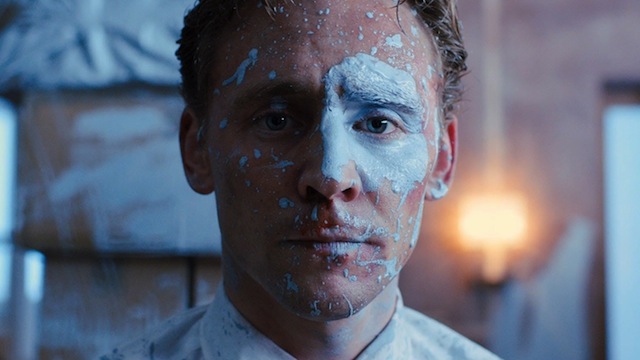 As with every year, there are like a thousand movies that could and probably should have made this list. Hell, many of them will be retconned onto my mental best of 2016 list. Steven Caple Jr.’s feature debut, The Land, combines some of my favorite things; skate rats, coming of age stories, crime dramas, and an unexpectedly chilling villain, all backed one hell of a soundtrack—he’s a filmmaker to keep an eye on. Kristen Johnson’s documentary, Cameraperson, is deep dive autobiography via narrative collage, and the result is one of the most unique films of the year. Lucile Hadzihalilovic’s Evolution is an unsettling body horror fever dream. Dark, violent, and satiric, Ben Wheatley’s High-Rise delivered everything I hoped for from his J.G. Ballard adaptation. Shane Black’s The Nice Guys is mean-spirited, bitter, and maybe the most fun movie of 2016. I just watched both Ava Duvernay’s 13th and Raoul Peck’s I Am Not Your Negro, and haven’t had enough time to truly sit with them, though both should probably be on this list and are two of the most important movies of this or any year. It may be 18-hours long or whatever, but O.J.: Made in America is a sweeping, towering achievement of a documentary that deals with everything from race and celebrity to oppression and more, and should be required viewing. London Has Fallen is macho, jingoist American chest-thumping, but it also totally rules in a perfect ’80s throwback actioner way. It takes a lot of shit, and certainly isn’t for everyone, but Nicolas Winding Refn’s sharp, cold, modeling world-set thriller, The Neon Demon, is just my style. An animated documentary about the infamous 1966, University of Texas shooting, Tower innovates, engrosses, and moves.
Posted by Brent McKnight at 9:32 AM