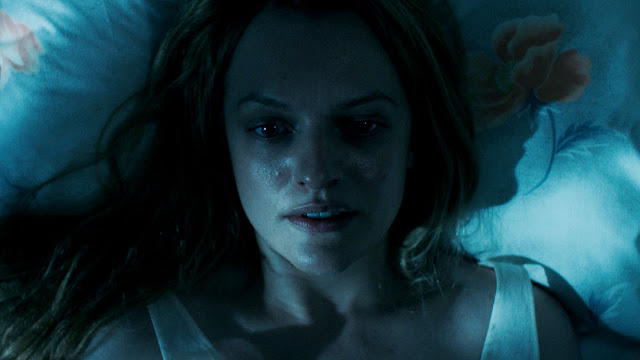 Earlier this year I reread Margaret Atwood’s speculative fiction masterwork The Handmaid’s Tale. It had been a while, but I was struck by how prescient and immediate and current the 1985 novel felt. People are fond of debating which fictional dystopia we’re going to wind up with—the frontrunners are always George Orwell’s 1984 and Aldous Huxley’s Brave New World (though the current landscape certainly feels like a synthesis of the two).

That said, especially in the wake of the most recent Presidential election, Atwood’s story seems uncomfortably close. She’s said repeatedly over the years that she doesn’t write science fiction, and that everything in books like The Handmaid’s Tale and Oryx and Crake is what she sees going on in the world around her played out to its logical conclusion—she even has news clippings to back up her stance. And looking around today, seeing the direction we’re headed, it’s hard to argue with that.

The whole point of this rambling intro is that Hulu is adapting The Handmaid’s Tale into a limited series (remember when the term was “mini-series”?). Produced in various forms over the years, the latest incarnation stars Elisabeth Moss in the lead role and couldn’t come at a better time. Still a few months away, Entertainment Weekly offered up a collection of images, providing our first look at the series.

I know it’s not much to go on, but these photos do appear to capture the atmosphere and feel of The Handmaid’s Tale. 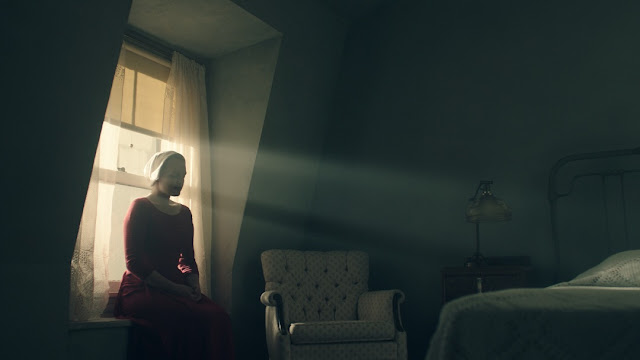 Set in a crushingly religious military theocracy, The Handmaid’s Tale paints a troubling portrait of a world where fundamentalist zealots have seized control, the environment is on the brink of collapse, women have no control over their bodies, and racism runs rampant. Sound familiar? Told you it’s worryingly contemporary.

Scheduled for ten episodes, it’s possible there’s more to come. Executive producer Bruce Miller indicated the story could continue. Or at least he’s given it some thought. He told EW:

“If you’ve read the book, you know that this is an unbelievably rich world and story. I have no trouble coming up with what’s going to happen in season 13. I’m chomping at the bit to tell more and more and more.”

There’s definitely a great deal of potential territory to explore in the world of The Handmaid’s Tale. And it feels like especially fertile subject matter to dive into over the next few years.

We’ll have to wait and see how the future unfolds, but for now, Hulu is set to debut The Handmaid’s Tale in April 2017, though the precise date hasn’t been nailed down. In addition to Elisabeth Moss, the series also stars Joseph Fiennes, Yvonne Strahovski, Samira Wiley, Max Minghella, Ann Dowd, Madeline Brewer, and O.T. Fagbenle.

I’m curious to see the finished product as some of the cast members skew a bit younger than I expected, especially the Commander (Fiennes) and Serena Joy (Strahovski). They’re both fine as actors, but I picture the characters as significantly older. Not ancient by any means, but like at least a generation or so ahead of Offred—Serena Joy is a former televangelist, now the Commander’s wife, and Offred mentions seeing her on the TV when she was younger, but both actresses are the same age.

Then again, and I’d have to go back and check the specifics, it’s possible Offred just saw Serena Joy on the TV before the world went to shit, not necessarily when she was a child. It’s a minor quibble, just something that occurred to me. I’ll shut up now.
Posted by Brent McKnight at 11:01 AM