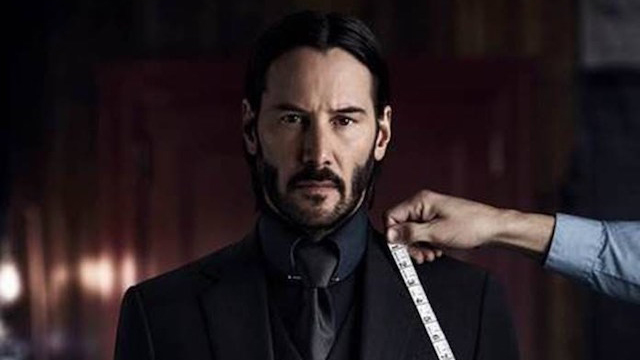 Bad guys, apparently you didn’t get the message the first time, but you really, really, need to stop messing with John Wick. It’s not going to end well. To be fair, I hope you never learn this lesson, since that would make John Wick: Chapter 2 the last in the saga of the reluctant hitman, and I don’t that to happen because this new trailer and poster look amazing.


John Wick was my favorite movie of 2014 by miles. It wasn’t even close, kind of like Mad Max: Fury Road last year. And from the looks of this trailer, John Wick: Chapter 2 is set to deliver more of the same ass kicking and head shooting action. And I’m super okay with diving head first into this fancy-pants world of underground assassins once again.

This time around, some baddies put out a big international contract on the titular assassin who’s really bad at retiring. That means he gets to take his act on the road, kill all kinds of people from around the world, and explore new locations to paint with brain matter. Should be fun.

Keanu Reeves returns in the sequel to the 2014 hit as legendary hitman John Wick who is forced to back out of retirement by a former associate plotting to seize control of a shadowy international assassins’ guild. Bound by a blood oath to help him, John travels to Rome where he squares off against some of the world’s deadliest killers.

And Keanu Reeves gets to utter awesomely badass things like, “Whoever comes, I’ll kill them, I’ll kill them all.” Try not to giggle with excitement when he says that.

Stuntman-turned-director Chad Stahelski helms John Wick: Chapter 2 solo this time as previous partner in crime David Leitch moved on to the likes of thriller The Coldest City and Deadpool 2. But Stahelski enlisted a fair amount of new talent, including Ian McShane, Common, Laurence Fishburne, and Ruby Rose, to kick things up a notch.

And most important, we don’t have long to wait. John Wick: Chapter 2 blasts into theaters on February 10, 2017, just in time for a nice, romantic Valentine’s Day date. Check out the poster below. 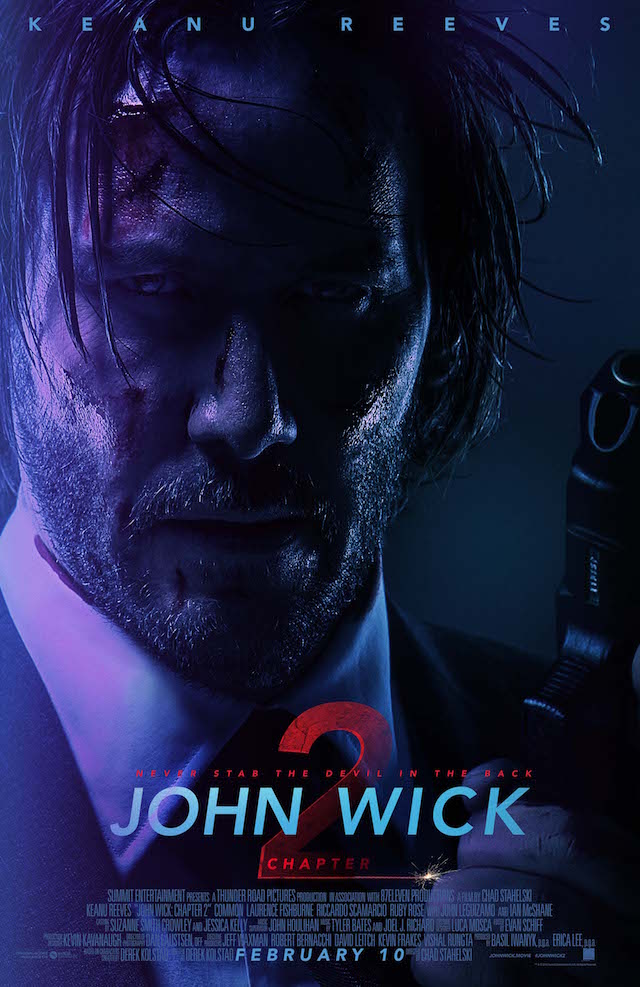 Posted by Brent McKnight at 9:41 AM