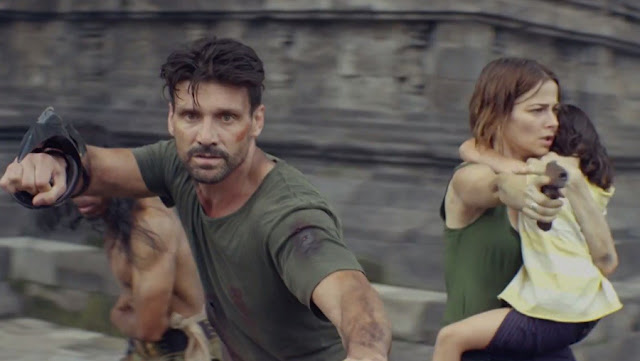 The 2010 alien invasion film Skyline is not, how to put this delicately, good. In fact, it’s bad. Which is a shame. It had potential, but instead it’s just shitty. It was, however, cheap ($10 million). And it did make some money ($66 million worldwide), but not the kind of scratch that automatically makes one think of sequels. But against all odds, a sequel has been in the works for a while and this trailer for Beyond Skyline has everything I like: sci-fi, Frank Grillo, Iko Uwais, and Yayan Ruhian fighting aliens. Go figure.

AICN debuted this trailer and I have to say, Beyond Skyline actually looks pretty rad. I know, I’m as surprised as you. Granted, the trailers for the first movie made me want to watch it, so grain of salt and all.

But that movie starred Eric Balfour, this one has Frank Grillo, Iko Uwais, and Yayan Ruhian. Any one of the three is more than enough to get me to watch a movie. And seeing them together, potentially fighting side by side, and potentially fighting each other, presents an opportunity I can’t pass up. The fact that they get to tussle with alien invaders only sweetens the deal. And Uwais and Ruhian also handle the fight choreography, so we have that to look forward to.

Set at the same time as the first movie, Beyond Skyline tracks Mark (Grillo), a grim, gritty detective with a troubled son, Trent (Johnny Weston). When aliens arrive on the scene, they abduct Trent. Mark, of course, must fight to free his son from the spaceship that sucks everyone up into the sky. From the look of things, his fatherly duties him to some sort of jungle temple, which seems like as good a place as any to fight aliens.

I’m curious to see how this turns out. XYZ films has a hand in Beyond Skyline, and they have a solid track record that includes Headshot, The Raid movies, Under the Shadow, Bad Day for the Cut, and tons more. They know what they’re doing and generally fall right in my wheelhouse.

On the other hand, Beyond Skyline has taken its sweet time arriving. It started filming all the way back in 2014. I get that we’re talking about a low-budget independent international production here. These things take time. But it does give me pause and I have to wonder if it’s just been sitting there for years. Then again, we’re also talking about about a sequel to a terrible movie, so…

Liam O’Donnell and Joshua Cordes, the duo who scripted the first movie, wrote Beyond Skyline. O’Donnell takes over the directing duties on the sequel, his first time in the big chair. And the film reportedly invades VOD and a limited number of theaters in November. Maybe it'll be shitty, maybe it'll be awesome. Fingers crossed for awesome.

In the meantime, enjoy this generically shitty poster. 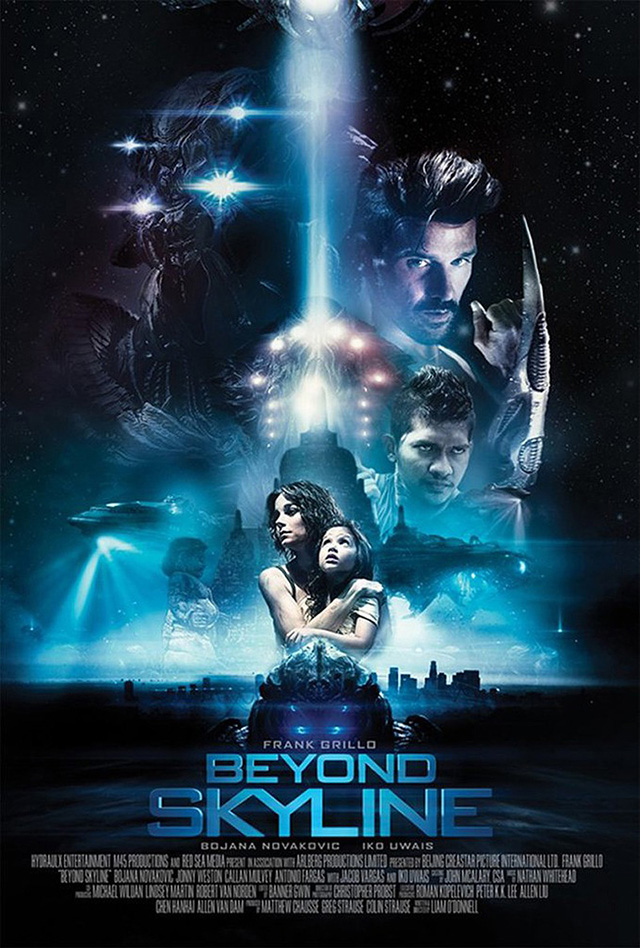 Posted by Brent McKnight at 9:19 AM