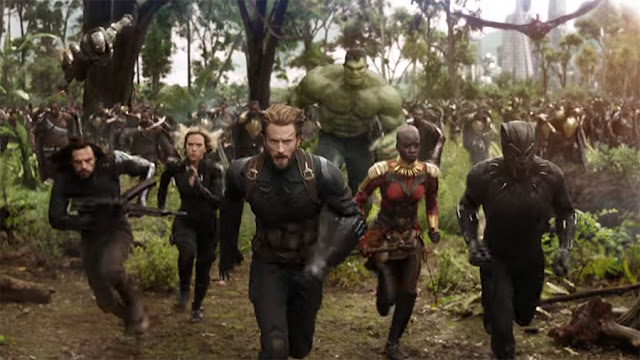 Okay, this isn’t a bad way to wake up, going online to find out the first Avengers: Infinity War trailer has arrived. There’s a lot to dig into, but I’ll leave it at that for now. Check it out below. We can discuss it at our leisure later, but know that I’m here for Bearded Cap.

As imagined, this Avengers: Infinity War—sorry, I’ll use the full title, Marvel Studios’ Avengers: Infinity War, so we don’t get confused—plays like an MCU role call. Most of the big names are present and accounted for: Captain America (Chris Evans), Black Widow (Scarlett Johansson), Iron Man (Robert Downey Jr.), Thor (Chris Hemsworth), Hulk/Bruce Banner (Mark Ruffalo), Loki (Tom Hiddleston), Spider-Man (Tom Holland), Black Panther (Chadwick Boseman), et al. That Guardians of the Galaxy intro at the end is dope as hell—that promises to be a fun meeting—though there are some noticeable absences, like Ant-Man and a few others.

And sure, there’s a hovering space portal of some kind, but at least it’s not a glowing sky tube. That has to count for something, right? And sure, there’s another big, goofy purple baddie in a comic book movie (seeing Josh Brolin’s Thanos, I can’t help but think of Oscar Isaac’s Apocalypse). But there’s that gleaming new Spidey suit, a good look at the Infinity Gauntlet, and did I mention, Bearded Cap? (“…and get this man a shield!”) 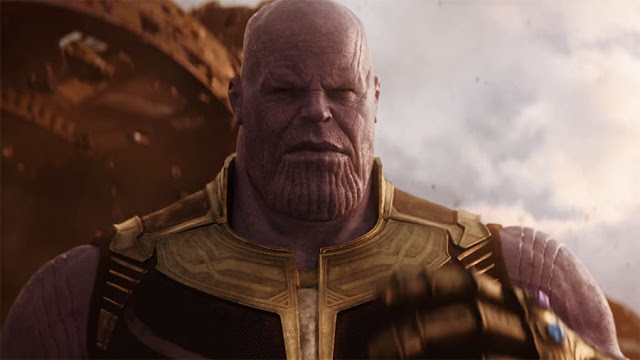 Out of everything, I think what I most appreciate is after Thor: Ragnarok, SPOILER, Thor is still missing his eye. With a few notable exceptions, like what happened to Rhodey in Civil War (though we haven’t seen the full aftermath of that yet), these heroes face little in the way of lasting, real-world consequences. For the first time, Avengers: Infinity War seems to indicate that maybe these folks have something at stake, can get hurt, and, maybe, die. A lot of contracts are running out, so we’ll see. I’d like to, for once, believe an important character faces actual peril.

As the Avengers and their allies have continued to protect the world from threats too large for any one hero to handle, a new danger has emerged from the cosmic shadows: Thanos. A despot of intergalactic infamy, his goal is to collect all six Infinity Stones, artifacts of unimaginable power, and use them to inflict his twisted will on all of reality. Everything the Avengers have fought for has led up to this moment – the fate of Earth and existence itself has never been more uncertain.

The first of two upcoming Avengers movies, not to mention yet another in sequence of 20 (yeesh) movies Marvel reportedly already has planned out, Avengers: Infinity War hits May 4, 2018. Before that, however, Black Panther opens on February 16, 2018.
Posted by Brent McKnight at 7:51 AM