'The First Purge' Trailer Lights It Up 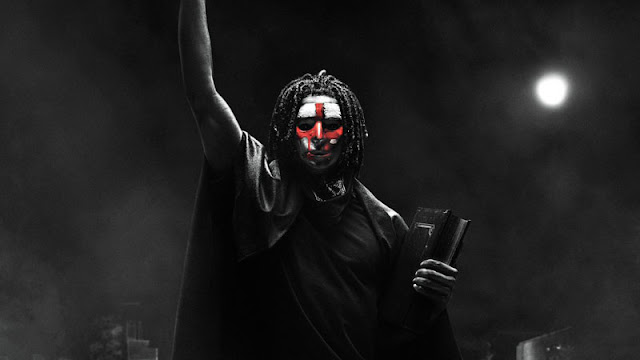 As a film series, The Purge films fluctuate wildly. The first had a cool concept, but turned in a mostly middling home invasion yarn. The Purge: Anarchy is an exploitation-style throwback that opens up the world and, IMO, is the best of the bunch. The Purge: Election Year tried to up the crazy, with mixed results—there’s good and less good. But these movies are also cheap, quick to produce, and crazy profitable. Which is why The First Purge is upon us, and you can watch the first trailer now and gawk at a new poster.

Franchise mastermind James DeMonaco serves as the screenwriter for The First Purge, but to tell the origin story of the one night a year where all crime is legal, he turns the directing duties over to Gerard McMurray (director of Burning Sands, producer of Fruitvale Station).

What we see in this trailer fits with the previous two installments, complete with the throwback exploitation style trappings. We’ve got creepy masks, gratuitous violence, a dishonest government trying to weed out the poor. And like its spiritual predecessors, it uses these tropes to hit on race and class, among other topics.

One thing The Purge movies are not, however, is particularly subtle. After all, the first poster for The First Purge was a riff on a Trumpian MAGA hat, and the film’s politics are stamped on every frame. It’ll be curious to see if they weave this element into the narrative or swing it like a cudgel. I have guess. (Come on, Marisa Tomei gasping, “What have I done?”)

Here’s the synopsis for The First Purge:

Behind every tradition lies a revolution.  Next Independence Day, witness the rise of our country’s 12 hours of annual lawlessness.  Welcome to the movement that began as a simple experiment: The First Purge.

To push the crime rate below one percent for the rest of the year, the New Founding Fathers of America (NFFA) test a sociological theory that vents aggression for one night in one isolated community.  But when the violence of oppressors meets the rage of the marginalized, the contagion will explode from the trial-city borders and spread across the nation.

There’s a solid cast in place with Tomei, Y’Lan Noel, Melonie Diaz, Lex Scott Davis, Joivan Wade, and Luna Lauren Velez. And, of course, Universal has The First Purge set to go off on July 4. Remember what I said about subtlety? Check out a new poster below. 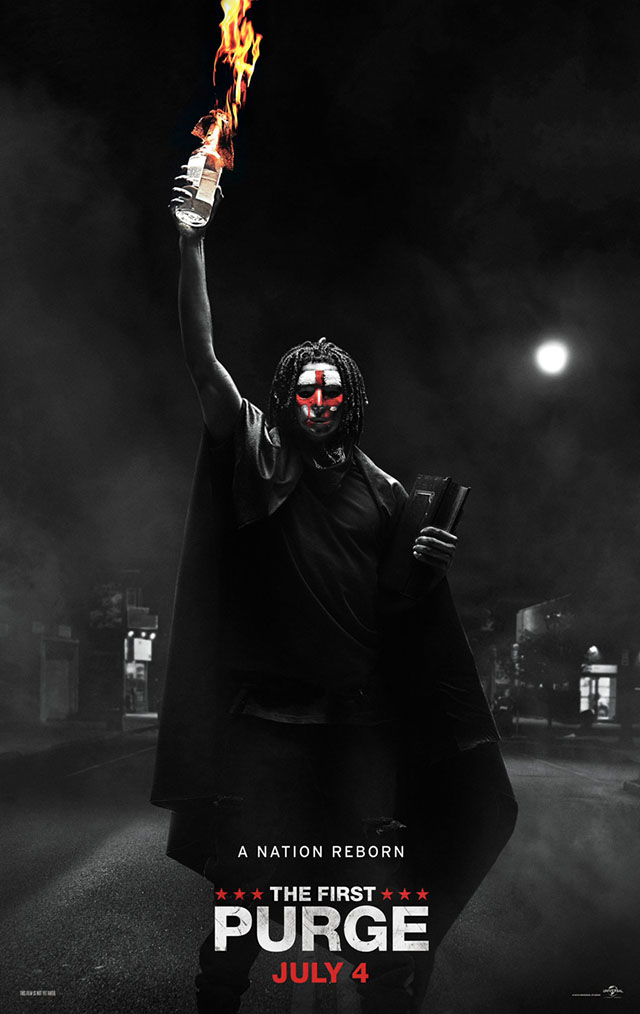