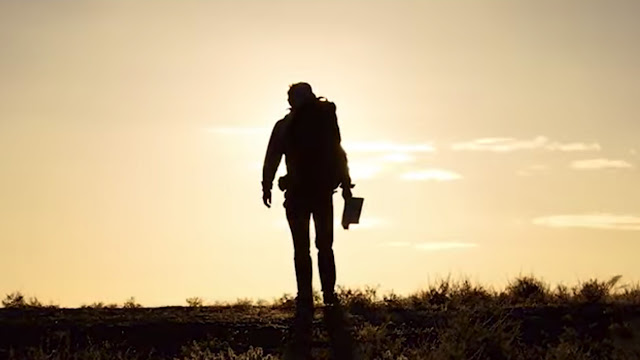 As a genre, it’s difficult to do anything fresh with a zombie movie. When they hit, they’re some of the greatest horror movies ever made. But especially 50 years removed from Night of the Living Dead, the hits far outnumber the misses. Every so often, a film comes along that reminds us there’s still life in the undead. They don’t have to reinvent the wheel—Train to Busan certainly doesn’t, but it’s still a fantastic addition to the cannon—but it has to do more than crap out a slapdash story about the walking dead. Now, I don’t know if Cargo is going to be any good or not, but this new trailer has my attention.

There’s significant crossover between zombie movies and post-apocalyptic/end-of-the-world narratives. And that’s where this Cargo trailer lives. My immediate reaction is to call it The Walking Dead meets The Road. Not having seen the film, I can’t say if that’s accurate, but that’s the definite feel of this preview.

Cargo stars Martin Freeman (Black Panther) as a husband and father, travelling with his wife and infant daughter after a plague turns everyone into zombies and the world all goes to hell. Not the most original idea, but again, it offers plenty of room to plumb the depths of humanity, explore the psyche of survivors, and more. The relative success or failure will ultimately depend on how the filmmakers handle these elements.

In a desperate bid to outrun a violent pandemic, Andy and Kay have holed up on a houseboat with their one-year-old daughter, Rosie. Their protected river existence is shattered by a violent attack, which sees Kay tragically die and Andy infected. Left with only 48 hours before he transforms into one of the creatures they have fought so long to evade, Andy sets out on a precarious journey to find a new guardian for his child.

A flourishing Aboriginal tribe are Rosie’s best chance of survival – but with their merciless attitude toward the afflicted, they also pose a grave threat.

A young Indigenous girl becomes Andy’s only chance of safe passage into this sacred community. But unfortunately the girl has no desire to return to her people – she is on a quest to cure her own infected father by returning his stolen soul. Each in their own way is seeking salvation... but they will need to work together if they hope to achieve it.

Cargo is based on short. Ben Howling and Yolanda Ramke’s 2013 film was a finalist at Tropfest, billed as “the world’s largest short film festival.” It’s also racked up millions of YouTube views. Check it out below if you’re not afraid of potential spoilers.

Netflix picked up the rights to Cargo. The streaming giant plans to screen it at the Tribeca Film Festival in April. Though this trailer says it also hits theaters on May 17, that may specifically mean theaters outside the U.S., as it will hit Netflix on May 18. Either way, we’ll have the chance to check this out for ourselves before long.
Posted by Brent McKnight at 8:45 AM