This 'Upgrade' Trailer Has Action, Revenge, Horror, Sci-Fi, And Gore, All Of The Best Things 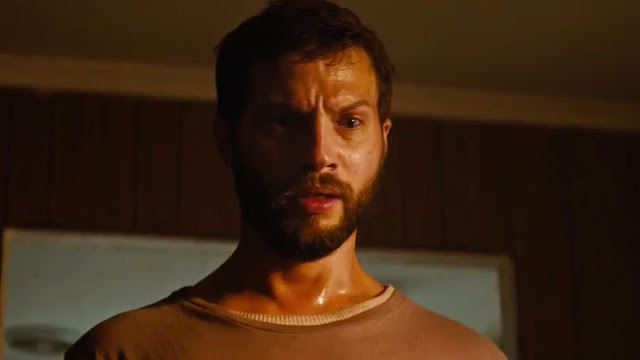 An unfortunate part of being lazy, broke, and hating to leave the house is that I don’t go to many film festivals and I miss out on seeing movies like Upgrade. After it debuted at SXSW recently, Leigh Whannell’s action, sci-fi, horror film garnered a ton of praise from folks I trust. And after watching this first trailer, I see why.

I know this is only two-minutes worth of footage, but Upgrade combines all of my favorite things. It’s an action-centric revenge movie with a dystopian sci-fi plot and exploitation style horror leanings. It’s just…all I can do is giggle. There’s a dude with a gun in his hand. IN HIS HAND! Yes!

Leigh Whannell is probably best known for creating and writing a bunch of Saw movies, creating and writing a bunch of Insidious movies (interestingly enough, Insidious:The Last Key Blu-ray today), and generally working with James Wan. His only other directing credit is Insidious: Chapter 3, which isn’t great, but he’s been around a lot of horror, and Upgrade looks totally bonkers. Gory, violent, ridiculous, and straight up off-the-wall. Even the neu-metal soundtrack is somehow spot on.

After his wife is killed during a brutal mugging that also leaves him paralyzed, Grey Trace (Logan Marshall-Green, SPIDER-MAN: HOMECOMING, PROMETHEUS) is approached by a billionaire inventor with an experimental cure that will “upgrade” his body. The cure–an Artificial Intelligence implant called STEM–gives Grey physical abilities beyond anything experienced, and the ability to relentlessly claim vengeance against those who murdered his wife and left him for dead.

Upgrade definitely has a home in my world. Crazy concept, lots of blood and guts, low-budget VOD genre trappings. It looks like a total blast. Fresh off having a hell of a 2017, one that included producing an Oscar-winning horror film (Get Out), Blumhouse will release Upgrade on June 1. Just in case you worried about them going all mainstream and forgetting their absurd horror roots.
Posted by Brent McKnight at 10:40 AM