UPDATED: This 'Sorry To Bother You' Trailer Is Weird As Hell And Great 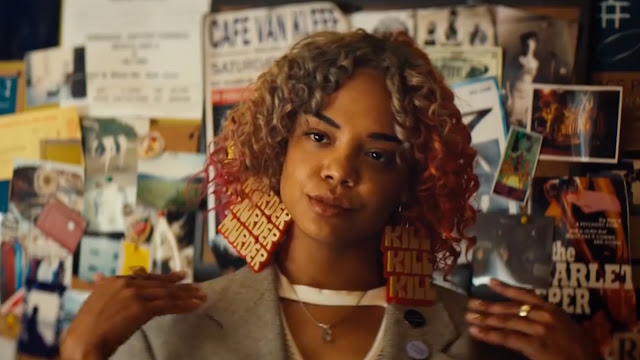 Right now, if you put Tessa Thompson or Lakeith Stanfield in your movie, I’ll watch it, whatever it is. Both actors are on one hell of a roll at the moment, and I can’t wait to get my eyes on Sorry to Bother You. The satiric indie sci-fi comedy has been a 2018 festival darling already, and this new trailer gives a few hints as to why.

Sorry to Bother You debuted at Sundance and played over the weekend at SXSW. Both times it was one of those moments where a movie takes over my entire social media feed and I have to go away because it’s all people yammering on about a movie I haven’t seen and won’t be able to see for months. That’s always frustrating.

But I have to say, this trailer is damn fantastic. It’s sharp and funny and weird as hell. Lakeith Stanfield (Atlanta, Get Out) continues to be a damn delight as a twisted telemarketer in an alternate reality version of Oakland.

I still have no idea what Sorry to Bother You is really about, so here’s an actual synopsis:

Cassius Green (Lakeith Stanfield), a 30-something black telemarketer with self-esteem issues, discovers a magical selling power living inside of him. Suddenly he’s rising up the ranks to the elite team of his company, which sells heinous products and services. The upswing in Cassius’s career raises serious red flags with his brilliant girlfriend, Detroit (Tessa Thompson), a sign-twirling gallery artist who is secretly a part of a Banksy-style collective called Left Eye. But the unimaginable hits the fan when Cassius meets the company’s cocaine-snorting, orgy-hosting, obnoxious, and relentlessly optimistic CEO, Steve Lift (Armie Hammer).

Sorry to Bother You marks the directorial debut of Boots Riley, who’s best known as the frontman of the radical hip hop group, The Coup. In addition to Stanfield and Thompson, it also stars Armie Hammer, Steven Yeun, Danny Glover, Terry Crews, Omari Hardwick, David Cross, and Patton Oswalt. It will continue to make film festival rounds (fingers crossed for SIFF), and Annapurna Pictures will release it on July 6.

UPDATED: Now there are a bunch of new character posters, too! 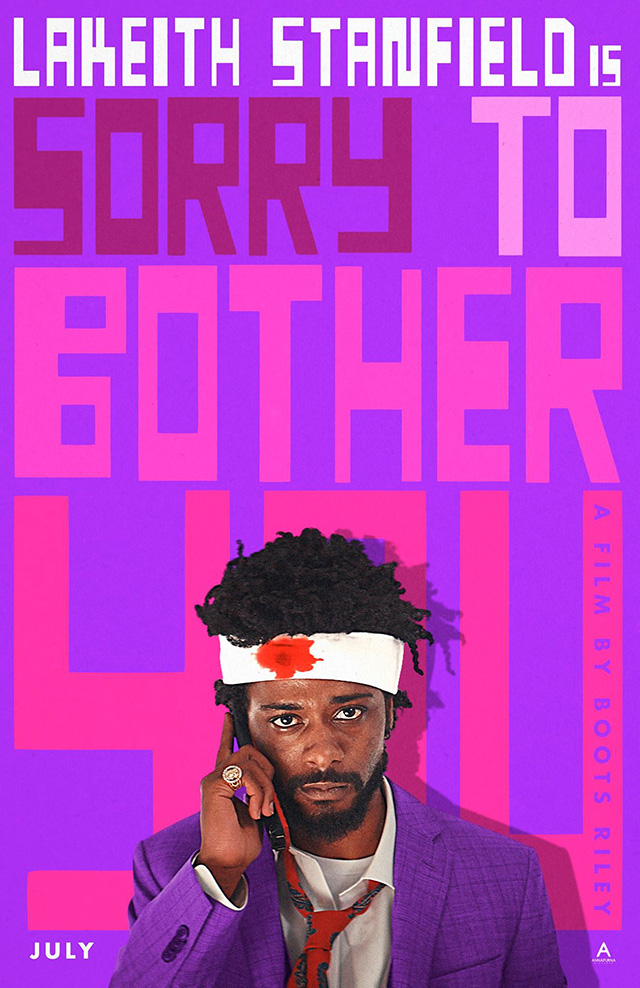 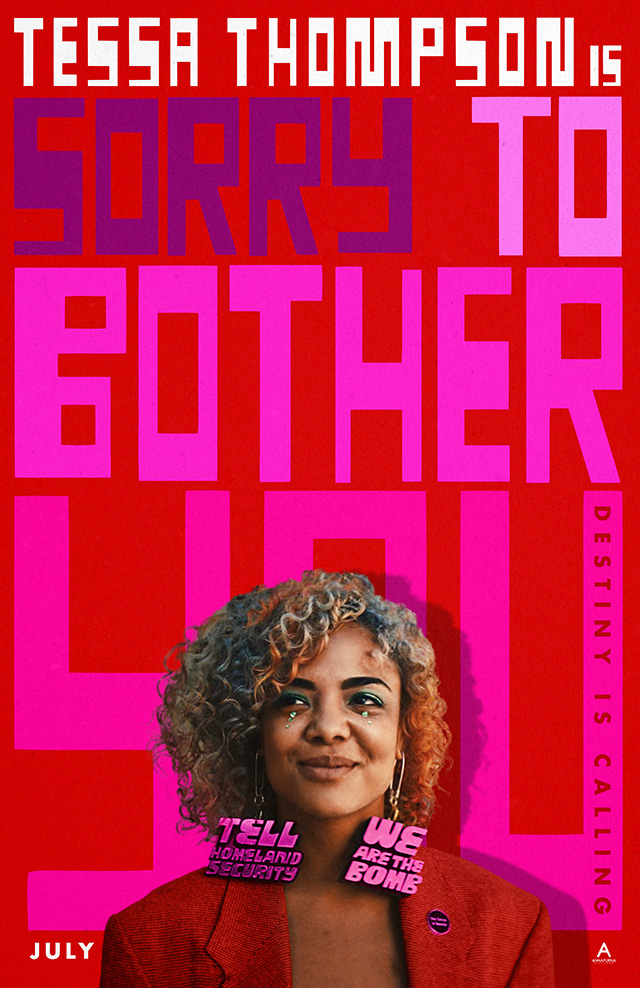 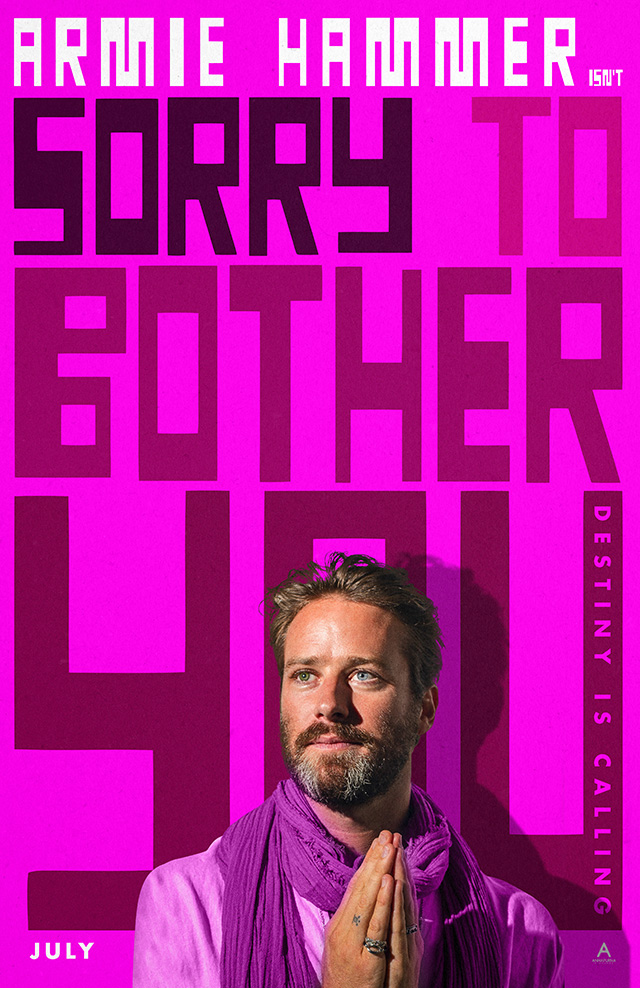 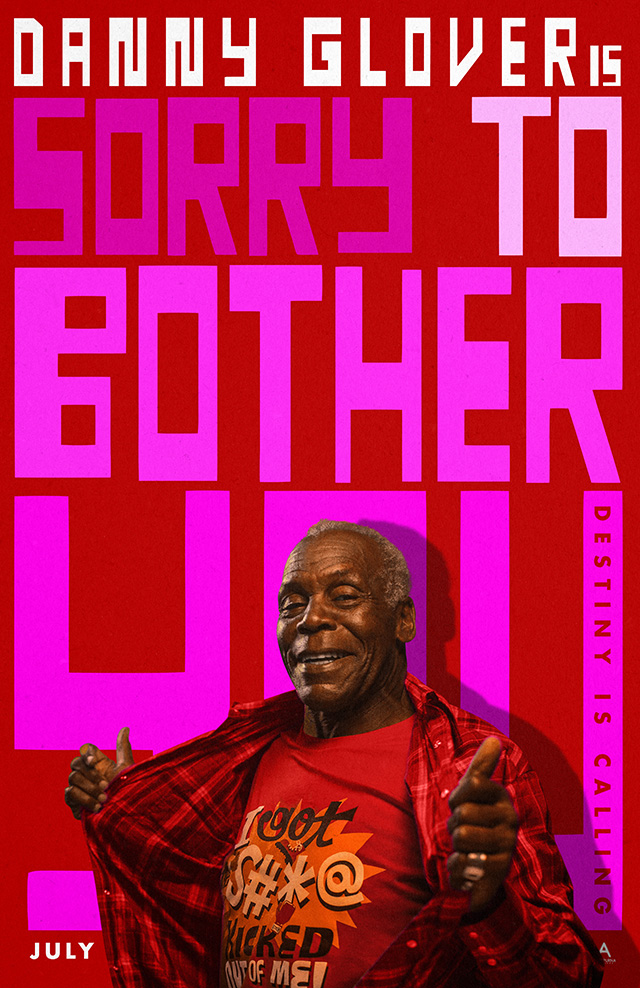 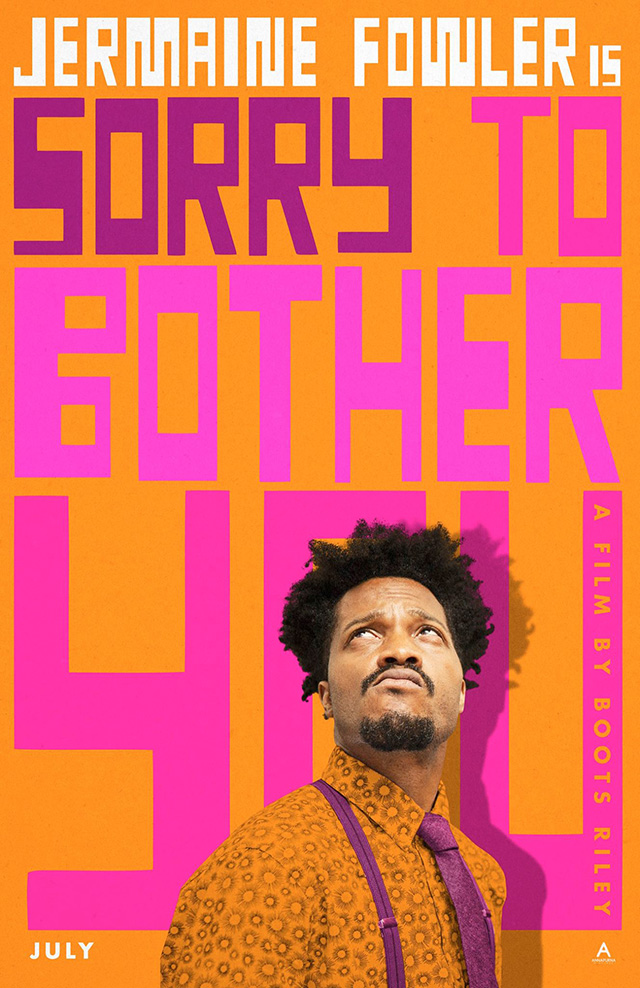 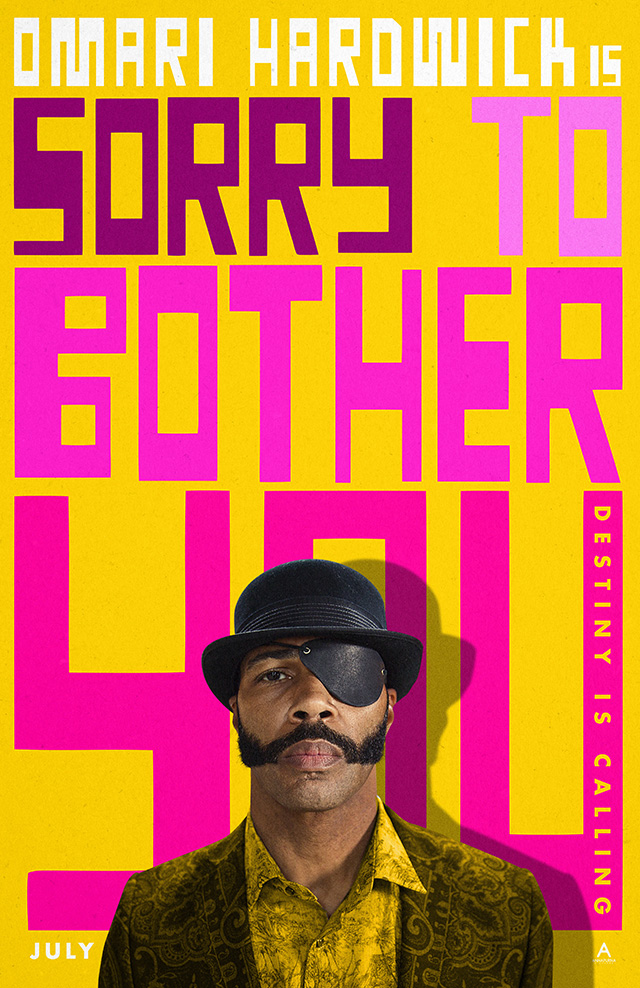 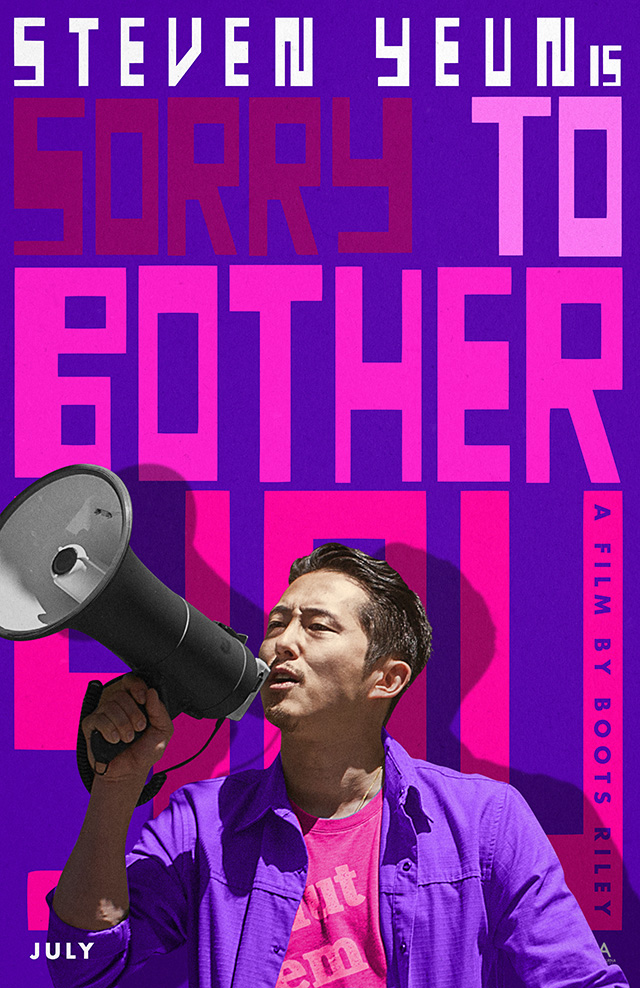 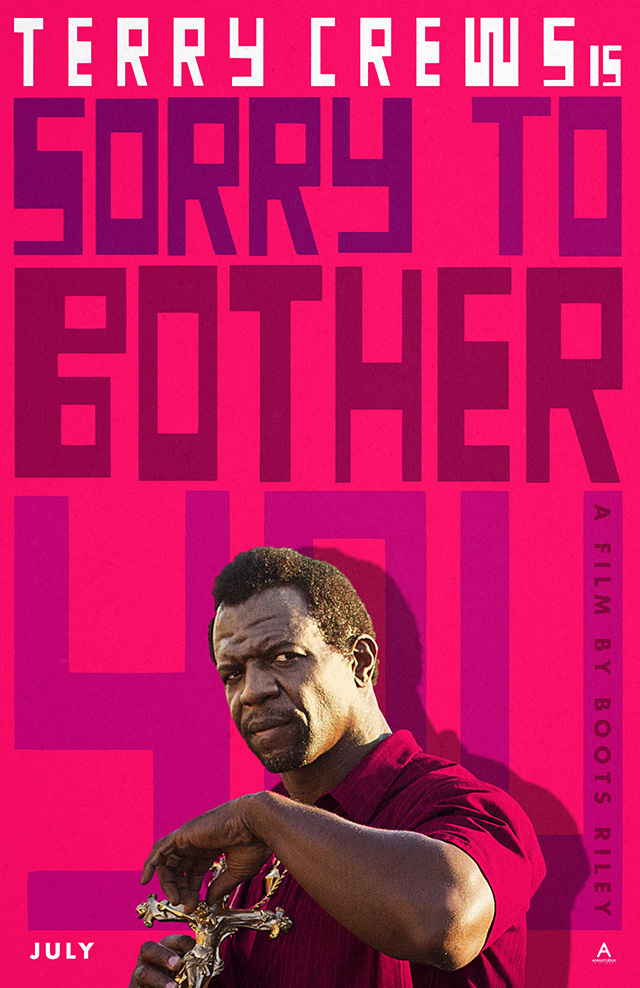