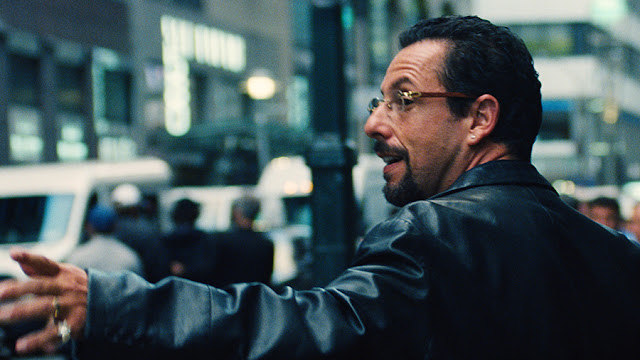 After the manic, propulsive mayhem that is Good Time, I’m down to ride with the Safdie Brothers anytime, anywhere. And for their next act, they take Adam Sandler, he of late-era Netflix poop joke, and put him in a serious, nerve jangling crime movie. The buzz on Uncut Gems has been through the roof after a festival run, and just watching this first trailer stresses me the hell out.

Check out the trailer and a new posters below.

It’s been a while, but it’s nice to be reminded that Adam Sandler can actually act when he wants to, and when he isn’t too busy making donkey diarrhea jokes with Rob Schneider. And from the looks of this Uncut Gems trailer, Josh and Benny Safdie have given him a role like he’s never had. At least I haven’t seen anything that resembles this on his resume.

Uncut Gems follows a diamond dealer with a gambling problem. When his issues catch up with him, well, it doesn’t look good. For him anyway, for us it looks rad as hell.

From acclaimed filmmakers, Josh and Benny Safdie comes an electrifying crime thriller about Howard Ratner (Adam Sandler), a charismatic New York City jeweler always on the lookout for the next big score. When he makes a series of high-stakes bets that could lead to the windfall of a lifetime, Howard must perform a precarious high-wire act, balancing business, family, and encroaching adversaries on all sides, in his relentless pursuit of the ultimate win.

Uncut Gems stars Sandler, Idina Menzel (Frozen), Lakeith Stanfield (Atlanta, Get Out), newcomer Julia Fox, NBA legend Kevin Garnett, The Weeknd, and Eric Bogosian (Under Siege 2: Dark Territory). A24 releases the movie on December 13, though I assume that’s a limited release with a wider roll out to follow, as is their pattern. 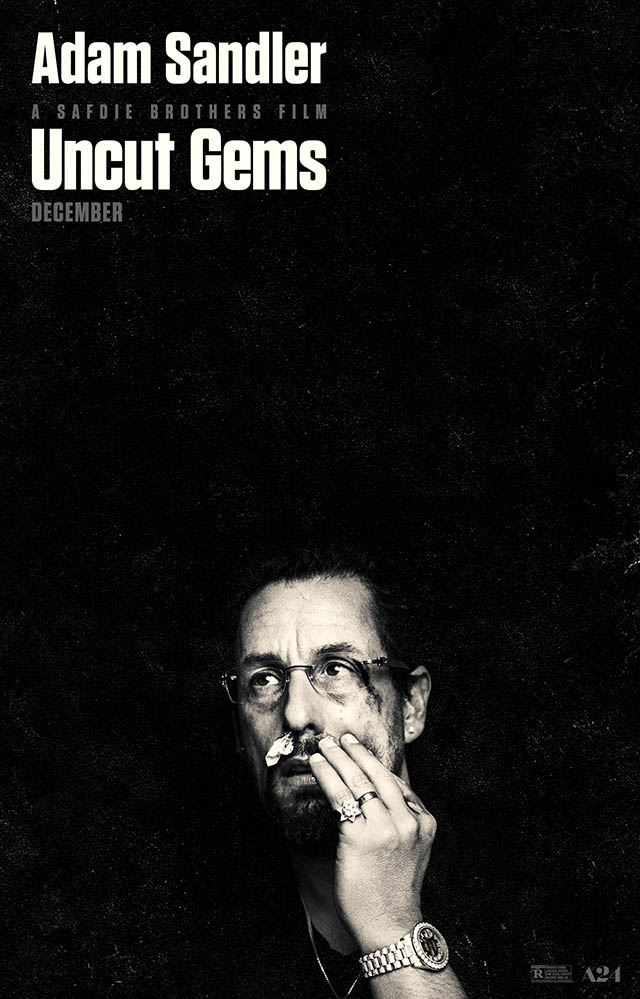 Posted by Brent McKnight at 8:07 AM