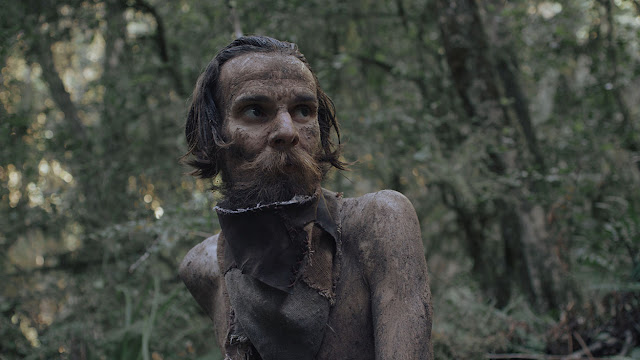 Mushrooms are creepy as hell. We got a bit of that earlier this year with Ben Wheatley’s In the Earth, and to further drive that point home, there’s now South African director Jaco Bouwer’s Gaia. The two films play like companion pieces of slow-burn existential environmental horror, and this offers another a tense, moody narrative that’s part creature feature, part mediation on nature, technology, and our role in the world.

With only four credited actors, three of whom get much screen time—there are additional performers draped in unsettling prosthetics—Gaia tells a relatively small story with eyes on grander themes. On a routine mission deep in the wilderness, park ranger Gabi (Monique Rockman) gets injured and separated from her partner, Winston (Anthony Oseyemi). A father-son survivalist duo, Barend (Carel Nel) and Stefan (Alex van Dyk), rescue her and take her to their deep-woods hovel. They live with a slavish devotion to nature, though their external off-the-grid posturing masks a deeper, darker mystery that unfolds in taut nightmare that blurs the lines between dream, reality, and hallucination. 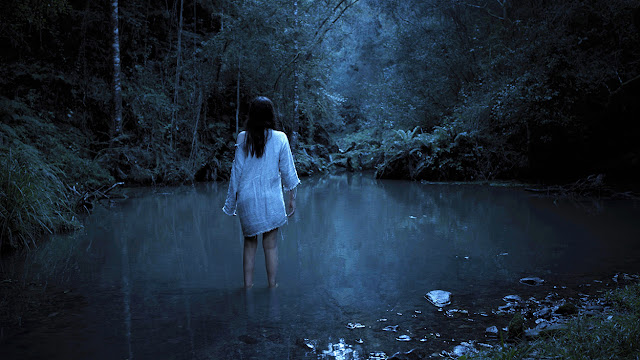 Working from a script by Tertius Kapp, Bouwer opts for a gradual, deliberate pace, trying to squeeze every drop of pressure from each moment. Between the philosophical pondering of these foraging, mud-caked weirdos who may or may not have Gabi’s interests at heart; elaborate, inventive fungal creature designs; and a mishmash of technical flourishes—a throbbing, tonal score, intricate light effects, time lapse nature photography, the juxtaposition of the natural and artificial worlds, among others—when it lands it hits well. There’s dread to find in this particular forest.

The film does, however, veer from this course as it unspools. Instead of tense and deliberate, at a certain point it becomes meandering and spins its wheels. Rooted in trauma and loss, Bouwer and Kapp unfurl Barend and Stefan’s backstory bit by measured bit, which often works but also occasionally shifts from mysterious to plain old plodding. There’s a fine line when it comes to this choice of tempo and pace, and Gaia doesn’t always stay true. After all, there are only so many times Gabi can wake in fright from a terrible dream before the move loses effectiveness. 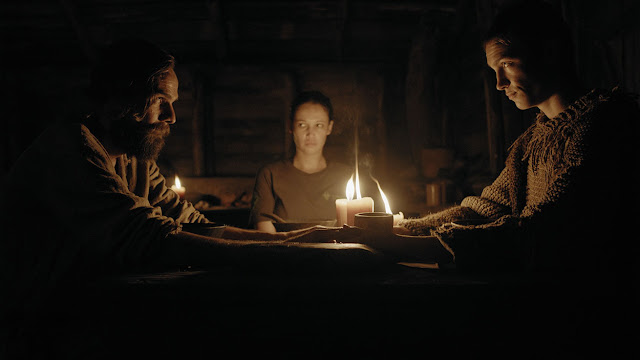 With only three actors generally sharing the screen—Oseyemi isn’t around long—much rests on their shoulders, and they all do a solid job. Rockman infuses Gabi with a mixture of wariness and curiosity as stranger and stranger things befall the trio. Van Dyk’s youthful uncertainty plays out as Stefan faces an internal battle between ways of life, each pulling him in different directions. Nel gives Barend a wild-eyed philosophical intensity that’s both spiritual and unhinged. On one hand, he lives a specific, purposeful life as a near-feral hunter-gatherer, while on the other he’s simultaneously under the thrall of something else entirely.

Full of anxiety and dread, Gaia is a cool, gorgeous looking film. It mixes horrific wounds, imaginative creature design, and creeping pressures into an unsettling, compelling package. Transformative eco-horror with a lot on its mind, the distinctive visuals and off-center mood are enough to smooth over most of the rough spots and make this well worth watching. [Grade: B]