One thing movies have taught us is that, once you decide to leave the criminal lifestyle behind, you’re battle is only partially over. Such is the case of the protagonist in Charles Officer’s crime drama Akilla’s Escape, a noir-inspired tale of one man contending with generational cycles of violence, his own past, and a changing world. Not always as developed or fleshed out as it could be, the film is nonetheless gorgeous to look at and narratively captivating.

On the eve of marijuana legalization, lifelong dealer Akilla Brown (Saul Williams) it looking to get out of the game. During an attempted rip and run, he captures a 15-year-old Jamaican boy and burgeoning hood, Sheppard (Thamela Mpumlwana). Over the course of a single night, Akilla attempts to extricate the kid from his chosen path and maybe atone for his own misdeeds. 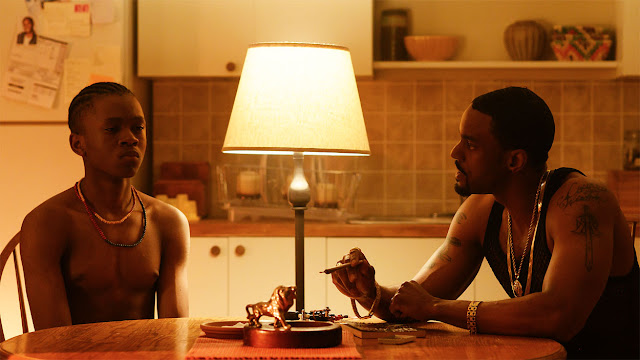 Akilla’s Escape unfolds in parallels threads. As Akilla hustles to untangle the mess Shep made, he flashes back to his own youth, where he started in this life young thanks to his abusive, drug dealing, Sun Tzu-quoting father (Ronnie Rowe). Just in case it’s not immediately clear Akilla sees himself reflected in this kid, Mpumlwana plays both roles, Sheppard and Young Akilla. What begins as dreamlike momentary interludes gradually expand until they take a more and more prominent position, revealing the bits and pieces and truths of Akilla’s history. It’s an interesting strategy that, when it works, really nails the duality of the protagonist, though at times the obvious nature of the choice plays a bit ham-fisted.

Primarily known as a musician and poet, Williams anchors the whole movie. He has an effortless cool, and even though Akilla is a man of few words, he exudes a subdued menace—quiet and externally calm, he carries himself in a way that assures people this is not a person to mess with. There’s no bluster or posturing, but you know not to mess around. His surface stillness also belies the churning waters below, mentally and emotionally. It’s a fantastic, understated performance from an actor we don’t see nearly enough, and he communicates volumes in a single world-weary look. 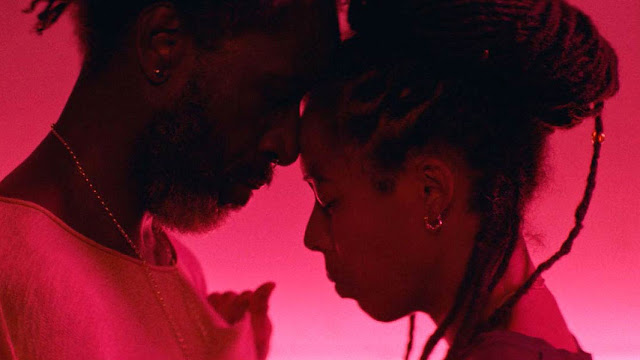 In his dual role, Mpumlwana also stands out, though he has the most to do as Young Akilla. The script from Officer and Wendy Motion Brathwaite gives Sheppard a few character quirks and traits that don’t necessarily land. They intend to set him apart from his gangster colleagues, to mark him as not-meant-for-this-life. It’s not too extraneous, but with him being just 15 and having a loving, hard-working sister (Donisha Rita Claire Prendergast) trying to steer him right, at best it’s overkill, at worst blunt hammering of a point already more effectively made.

Tonally and aesthetically, Akilla’s Escape parallels the title character—low-key, almost serene to the naked eye, but with much more on its mind, punctuated by sharp bursts of violence. But even subdued as it is, energy, tension, and pulsing momentum propel everything forward. Officer’s passion shines through, and every one of cinematographer Maya Bankovic’s frames delivers stunning visuals, small tableaus of color and staging—she won a Canadian Screen Award for her efforts. Williams himself, along with Robert Del Naja (better known as 3D), contributed the music, melding his own eclectic hip hop style, reggae themes, and more that match the mood, feel, and setting. 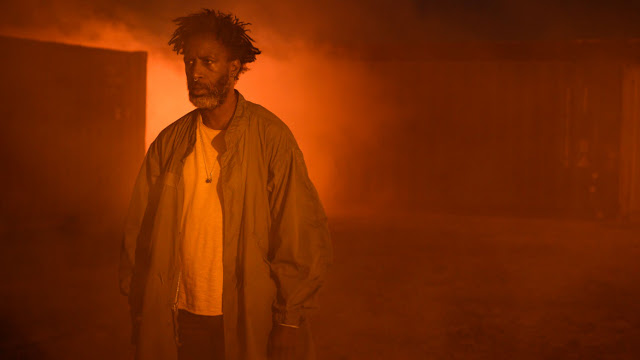 Strong, understated performances, vivid stylistics, and a frenetic enthusiasm elevate a plot that, on a nuts and bolts level, could have been a fairly standard outlaw-on-the-verge-of-retirement story. Akilla’s Escape doesn’t rewrite the formula, but uses the framework to deliver a slick crime tale with a unique point of view and enough intriguing thematic concerns to make it worth checking out. [Grade: B]

Posted by Brent McKnight at 2:09 PM