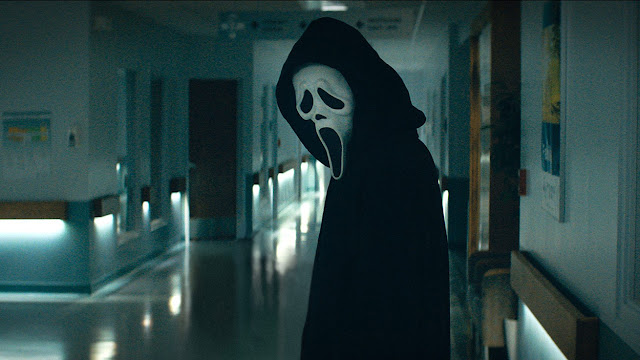 By now you know no horror franchise ever truly dies, no matter how much time passes. It’s been ten years since we’ve visited Woodsboro, but don’t worry, there’s a new Scream on the way. (And, of course, when horror franchises re-launch after years, they also jump back to the original title.) Scream 5 drops early next year, but the first trailer is here with Ghostface, a bunch of familiar faces who somehow survived the previous four movies, and tons of new potential victims. Check it out below.People are fond of asking if we need another Scream movie? Sure, probably not, but we don’t really need most movies. And you know what? I’m going to watch the shit out of this movie and be stoked to do so.

Anyway, this Scream trailer looks damn fun. There are teens to stab, Sidney Prescott once again drawn home by yet another copycat killer, and certain rules to survive the meta horror extravaganza.

Twenty-five years after a streak of brutal murders shocked the quiet town of Woodsboro, a new killer has donned the Ghostface mask and begins targeting a group of teenagers to resurrect secrets from the town’s deadly past.

Scream features a ton of returning players. (How did they all last this long?) We have Neve Campbell, Courtney Cox, David Arquette, and Marley Shelton all reprising their roles. They’re joined by a new generation of Woodsboro teen murder victims like Melissa Barrera, Kyle Gallner, Jenna Ortega, Mason Gooding, Dylan Minnette, Jack Quaid, and more. It’s a veritable murder buffet for Ghostface.

Wes Craven passed away in 2015, so he obviously can’t return to the helm for the fifth installment, but it does look to be in good hands. Directors Matt Bettinelli-Olpin and Tyler Gillett, the duo behind Ready or Not, who are also known as Radio Silence, take over the big chair, which is a promising development.

We’ll see who lives, who dies, and how it all shakes out when Scream hits theaters January 14, 2022. It will probably ask what our favorite scary movie is, so think on that for a while.

Posted by Brent McKnight at 7:22 AM