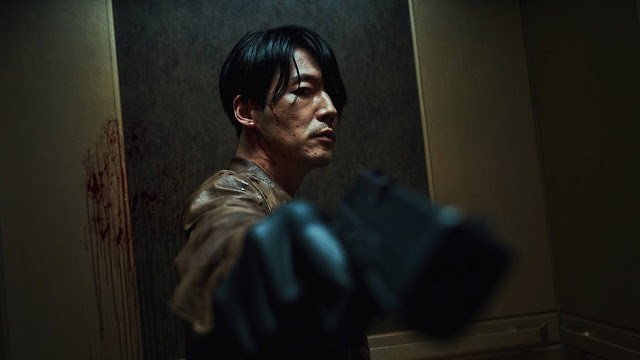 A frenetic action movie about a tired-of-life assassin that begins with a hatchet fight? From the director and star of The Swordsman? Uh, that’s a big old hell yes from around these parts. And that’s precisely what we get from Choi Jae-hoon’s The Killer. Not to be confused with John Woo’s 1989 classic of the same name, this is nevertheless also a kickass time. (This latest Killer is an adaption of Bang Ji-ho’s novel, The Kid Deserves to Die, and it’s easy to understand why the title was changed for multiple reasons.)

The premise is simple: Jang Hyuk (Paid in Blood) plays Bang Eui-kang, a retired assassin. His wife goes on a trip and convinces him to watch her friend’s teenage daughter, Yoon-ji (Lee Seo-young of the K-pop group GWSN), for three weeks. When Yoon-ji, as one might expect in a movie of this ilk, gets taken by human traffickers, Eui-kang must dust off his skills to save her. Nothing particularly unexpected happens, but watching the protagonist tear through wave after wave of goons, battling his way up one level after another of this criminal enterprise, will sate just about any action fan out there. 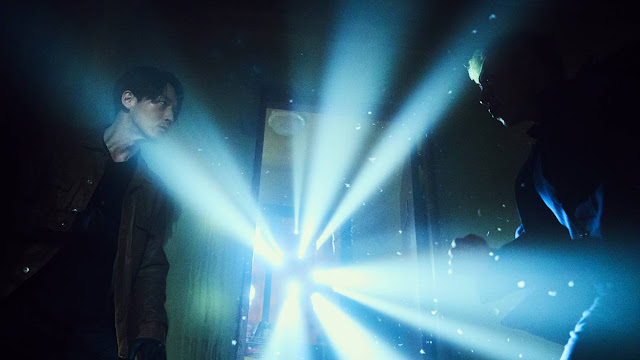 And the action is 100% the selling point of The Killer. The rest is fine, but that’s what’s worth watching here. If you haven’t seen The Swordsman, do yourself a favor and fix that. (It’s streaming multiple places.) But if you have, you know Choi has this on lock, and he does not disappoint. We’ve got hatchets, knives, and bullets galore. (One thing I love about action movies from countries with actual gun control is the preponderance of fights with non-firearm weapons.) There’s a sprawling, nearly-single-shot brawl that starts in a hotel lobby, moves to an elevator, up a few flights, and down multiple hallways. On the choreography front, the movie is unimpeachable.

Eui-kang doesn’t have the driven vengeance of a John Wick or the protective parental ferocity of Taken. Instead, he’s cold-blooded to the point of near disinterest. His attitude is more along the lines of, “Dammit, I have to rescue this kid or my wife will be pissed.” Seriously, dude is so mired in ennui he causally threatens to dig a teenager’s eyeball out of the socket and mows down baddies with a coffee in one hand, looking so, so bored the whole time. 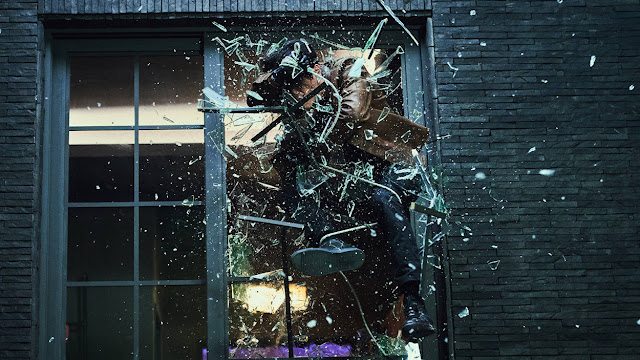 It's down to Jang that, while his character is fed up with this existence, operating with a sense of cold remove, as an actor, he remains subtly engaging. In fact, while the story rings hollow and bland at many, a sneaky bond forms between Eui-kang and Yoon-ji, and there’s a legitimate affection between the two that creeps up even as he blasts an endless parade of villains in the face with a silenced pistol.

I can’t say that The Killer is destined to become a new genre classic. The plot’s too standard for that, it gets overly complicated along the way as the script crams in complication after complication, and it could stand to dial back the too-cool-for-school posturing at times. Still, the slick, stylish action is top-tier, Jang and Choi continue to work at the top of their respective games, and it overflows with dynamic, intricately staged shootouts, chases, and throwdowns. Basically, it’s badass as hell and a definite must-watch for action devotees. [Grade: B+]