'Transcendence': What To Watch After You Experience The Singularity 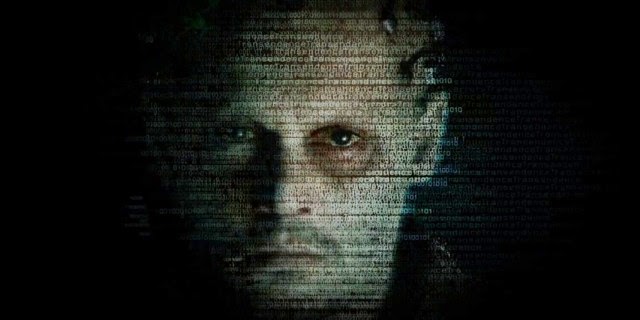 Wally Pfister’s directorial debut Transcendence finally opened in theaters over the weekend. The film has a few interesting moments and concepts, but overall is something of a letdown, failing to deliver on a great deal of potential. Flat, dull, and stiff, only touching on the inherent issues in the most superficial way, the film borrows heavily from generations of movies that have come before. Damn near every scene makes you remark to yourself that it reminds you of this or that scene from one movie or another, so we put together a list of titles to watch once you’ve sat through the singularity.

WARNING: If you’re reading this, we assume that you’ve actually watched the movie, and as a result, spoilers are about to start flying willy-nilly.

If, for some reason, you haven’t seen the movie, here’s a crash course. Transcendence is the story of Dr. Will Caster (Johnny Depp). On the verge of making a huge leap forward in artificial intelligence, a radical anti-technology group gives him radiation poisoning. As his body deteriorates, his research partners—his wife Evelyn (Rebecca Hall) and BFF Max (Paul Bettany)—rashly attempt to upload his consciousness into a supercomputer. The results are not good, and Will’s mind, now free from his mortal body, grows exponentially, taking over, pushing technology ever forward, playing with nanobots, and generally getting up to no good. 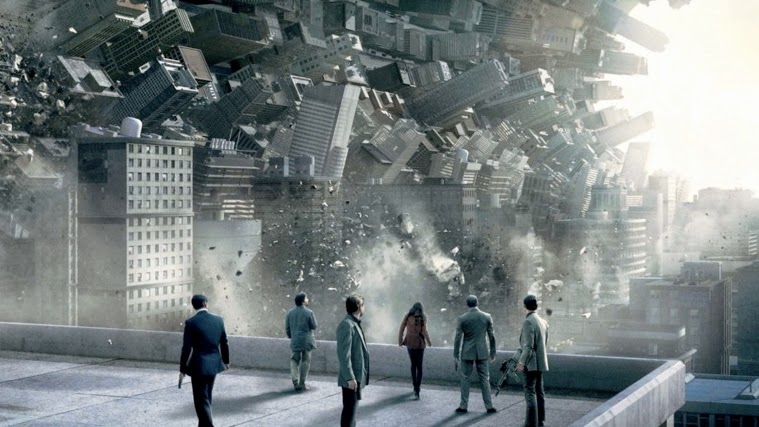 Pfister is most known as cinematographer and director of photography. Though he is responsible for filming high-profile movies like Moneyball and The Italian Job, it is his collaborations with Christopher Nolan for which he has gathered all sorts of acclaim. In fact he’s lensed every one of Nolan’s films except The Following. The Dark Knight trilogy—Batman Begins, The Dark Knight, and The Dark Knight Rises—are gorgeous films to look at, but none of the movies he filmed hold a candle to 2010’s Inception.

The continually shifting dreamscapes are some of the most stunning, memorable images put on film in recent memory. Pfister walked away with a well-deserved Oscar for that one, and for all of its flaws, all of the things that are wrong with Transcendence, it is a good-looking film. Unfortunately the script doesn’t offer him much opportunity to put his skills to good use or much of a framework to prop up the images. There are a number of sweeping aerial shots, cool visual motifs like record player and extreme close ups of nature that attempt to further the nature versus technology theme, but the narrative is so surface level that all this does is add a gloss to an otherwise lackluster film. 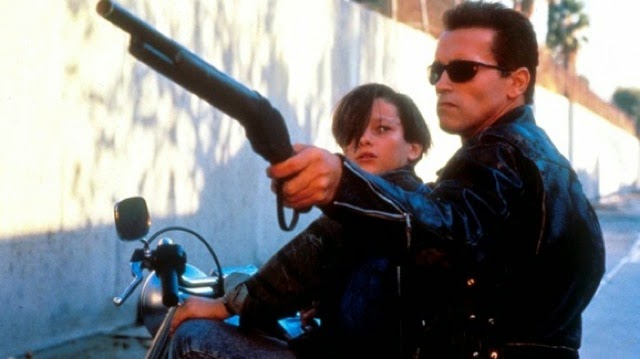 In reality, any of the Terminator movies make a solid companion to Transcendence, though the first two are obviously the cream of the crop, top of the heap when it comes to that franchise. If not stopped, Will, who gets uploaded into a computer and starts taking over, could very easily become Skynet, or at least a close approximation thereof, rising to a point where he is omnipresent and in total control of everything except a few human stragglers living in caves.

Why Judgment Day makes a more suitable companion piece has little to do with the AI element of the story, however. Though Transcendence has largely been marketed on the action component, there is actually almost none to speak of, and what is there generally feels out of place. There is a moment in one scene that calls to mind an iconic event from T2. We all remember when Robert Patrick’s T-1000 kicks it into high gear to chase down Arnold and company as they flee in a car, and that scene is damn near recreated in the latter portion of Transcendence. Josh Stewart plays one of Will’s “hybrids”—people infested with nanobots who have been enhanced by the technology and function as part of a hive mind—that chases down a pick up truck at full speed, doing his best Robert Patrick impression. 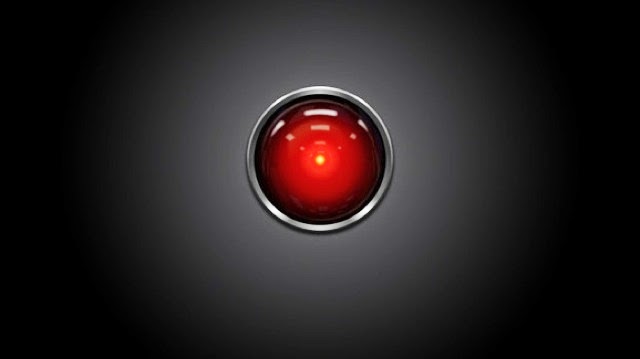 The most famous cinematic example of an evil, sentient computer running amok, mad with power, has to be HAL 9000, right? The villainous Heuristically programmed ALgorithmic computer from Stanley Kubrick’s visionary 2001: A Space Odyssey is practically the poster child for the fear of technology on a rampage, doing what it has to in order to protect itself from human incursion. It can reason, interpret facial expressions (and read lips), interpret and reproduce emotion, and all manner of things that heretofore only humans could do. The technology is a great advance, and that scares the hell out of all of us.

The Physically Independent Neural Network (PINN) in Transcendence is, if not a straight up reincarnation of HAL, it at least owes its very existence to the nefarious red-eyed computer. Perhaps PINN is HAL’s great-grand computer. Sure, a pixilated Johnny Depp is nowhere near as ominous as that unblinking red light—even if he is phoning it in—and the goal of the movie is definitely to make you wonder this really is his Will character, or some wicked other thing pretending to be, but there is a definite familial line. 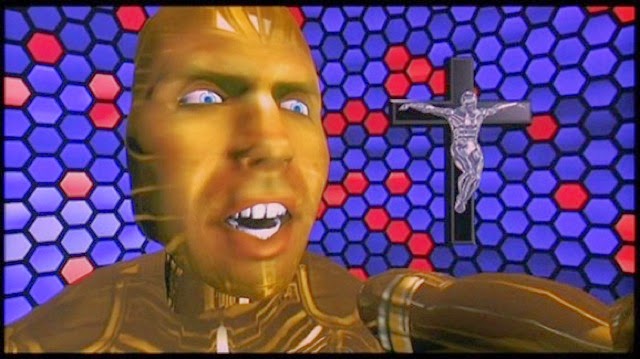 To be honest, Lawnmower Man is the first title that comes to mind when you watch Transcendence, but I have the feeling some of you might stop reading a list where that’s what you see right out of the gate. The 1992 adaptation of a 1975 Stephen King short story is one of those movies that attempts to leap ahead of technology curve, to predict what comes next, but misses the mark, and as a result becomes a dated relic shortly after it is released.

Lawnmower Man tells story of a mentally handicapped handyman named Jobe (Jeff Fahey), who, after a series of brain treatments from Pierce Brosnan, starts to get way smart. Eventually he progresses to the point where he’s telekinetic and tries to upload himself into the internet in order to become “pure energy.” This is an era where that means lots of bright colors and clunky animated avatars that occasionally roar and run over other people’s brains with pixilated lawn care equipment. The two movies have the same simplistic tech-phobia and a similarly shallow examination of the moral and philosophical issues of the day.

NBC’s Revolution can certainly be a frustrating show to watch. The quality is a rollercoaster of ups and downs, but you’ll see the connection between the show and Transcendence within the first few minutes of the movie. James Cameron’s short-lived TV series Dark Angel is also comes to mind, for very similar reasons. The small town that Will and Evelyn move into and take over is very reminiscent of the New Mexico hamlet in Marvel’s first Thor film. Cillian Murphy shows up and is totally wasted as a federal agent with a few lines, no real character, and nothing in particular to do but stand in the background and try to look serious. You might want to watch 28 Days Later just to remind you that he can do things. And you might remark about the ease with which the resistance is able to spread a computer virus, much like Jeff Goldblum is able to infect the alien space craft in Independence Day. Who knew UFOs were Mac compatible?
Posted by Brent McKnight at 8:58 AM