'The Duke Of Burgundy' Movie Review: A Small Story About Extremes 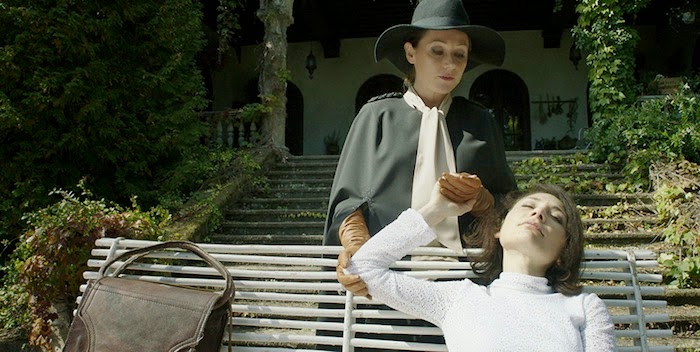 Cynthia drags Evelyn to her entomology gatherings, seemingly forcing her will on the young domestic. The true brilliance of The Duke of Burgundy, however, comes in how Strickland builds your expectations only to subvert them, pulling the rug out form underneath you, changing how you look at the relationship he spends the first portion of the film building. The true seat of power shifts multiple times throughout the film, and more than that, your understanding of where the power lies is fluid. 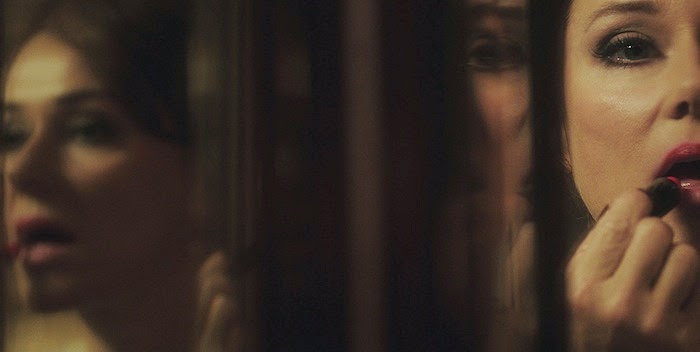 Filmed in a warm, near hallucinatory haze, cinematographer Nicholas D. Knowland’s camera wears a warm, gauzy filter and uses frames, reflections, and boundaries to delineate the separate women just as refracted images indicate the various sides of their relationship and distinct personalities. It lends the whole film a voyeuristic feel of confinement that runs all the way down toe the clothes—Cynthia is bound by her outfits, tied up in corsets, contained in sleek, silky hose, confined, compartmentalized. Stunning, startling images of insects, specifically various species of moths, add a near monstrous horror effect, enhancing the strange sense of tension that never lets up throughout the picture, driving the narrative forward.

A small story of extremes, The Duke of Burgundy is dreamy and moving, visually and sonically vivid, and completely unlike anything you’re going to see elsewhere. For all of the influences, Strickland has crafted a wholly unique film that is both strange and pedestrian, foreign and relatable. [Grade: A-]