'The Lazarus Effect' Movie Review: This Resurrection Horror Should Have Stayed Dead 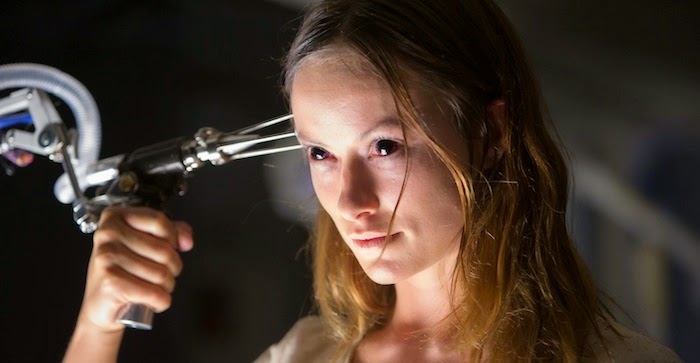 The Lazarus Effect is simultaneously the exact movie you expect and not what you envisioned at all. The film you see on screen is a generic, predictable one. Full of the usual horror tropes and clichés, it’s more concerned with quick jump scares than building lasting tension, and you see every new development coming from a mile away. That’s not to say it’s without certain charms, but only the most hardcore genre fans need to search this one out. From the trailers and the fact that this comes from Blumhouse Productions, most known for low-budget fare that turns a tidy profit, you get more or less what you anticipate.

Where you get something different than you expect, is with the creative team. These aren’t the people you usually associate with such a bland, middle of the road horror film. Mark Duplass and Olivia Wilde headline the picture; two actors more known for unusual, quirky independent fare, and whom you don’t expect to see something so trite and tired out of. Duplass has some horror titles under his belt, but they usually bring at least minor tweaks and changes to the table. Community’s Donald Glover is a member of the core group, and while he’s likeable enough, he plays the role completely straight and could have been any one of a thousand unknown actors. Perhaps strangest of all is director David Gelb. Primarily known as a documentarian, his last film was an introspective doc about an aging sushi master, Jiro Dreams of Sushi.

When you hear of all of these people involved, it’s easy to assume that you’re in for something more on the unorthodox side. Walking out of the theater, however, you just watched an incredibly by the numbers movie. You feel like there must be something more, like there’s something subversive that you’re just missing, but there’s not.

The Lazarus Effect is solidly made, but the whole time it’s like they’re reading from the Horror Playbook. You’ve got flashing medical equipment that provides an unsettling strobe effect, a creepy child shows up precisely where a creepy child always shows up, the lights blink out and when they come back on there’s a shadowy figure behind you, and so on. 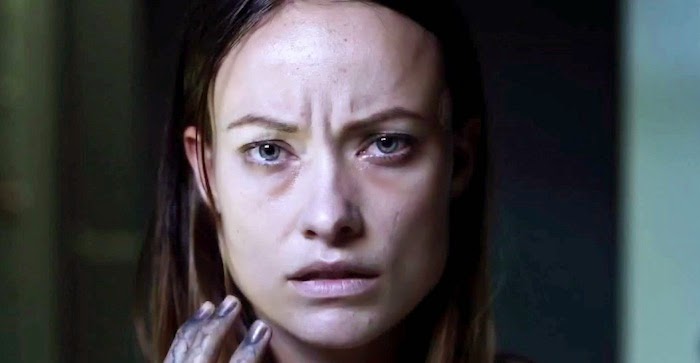 The story is a riff on the Frankenstein myth, a “sure you can bring something back to life, but what are the consequences of that action” scenario. Set almost exclusively in a medical lab in the basement of a religious college, the action follows Frank (Duplass), Zoe (Wilde), Niko (Glover), Clay (Evan Peters), and Eva (Sarah Bolger), a team experimenting with reanimation. They have some success, and when Zoe is accidentally electrocuted and dies, Frank pushes them to put her on the table. While their efforts seem to work at first, something isn’t quite right about this returned Zoe, and things gradually go down hill until they’re all fighting to survive. If you’ve ever seen a horror movie before, you know how this unfolds.

Though it sounds simple, the set up is convoluted and takes a while to get rolling. Once you get to the second act, the pace moves along at a much more even clip, but they wedge in an inciting incident that involves an undeveloped side plot about a giant biotech firm stealing their work, as well as a sadly squandered Ray Wise. The script from Luke Dawson and Jeremy Slater tries to bring ethical, moral, and religious themes into play, but aside from Zoe wearing a cross and one discussion, this side of the equation is barely touched.

The best thing The Lazarus Effect has going for it is the cast and their chemistry. You may not always buy them as doctors, and they’re not doing anything mind blowing performance wise, but they’re all affable and engaging. You’ve suffered through much worse in horror movies before, and you root for them. The story may be generic, but at least you’re taking this ride with people you like and want good things to happen to.

One problem with this, however, is that there’s no real protagonist and the film is unfocused because of this. At the beginning, this is very much Zoe’s movie. She’s the one with religious concerns—Frank is the typical, tunnel-vision-having scientist who can only see the goal, not the bigger picture—she has haunting dreams, and there are problems in her relationship with Frank. But that all changes when she comes back. You get touches of her dealing with what she’s been through—which are the most interesting bits—but for the most part, it’s how the others react to her changing state. Then Frank becomes an action hero for a bit, eventually the spotlight shifts to Eva, and the effect is that you never truly settle into any perspective and get jostled about.

The Lazarus Effect isn’t a terrible horror movie, but it’s so by the book, and you see so many ways that it has potential to be much more interesting, that you can’t help but be disappointed by how flat and generic the final product is. [Grade: C]

Posted by Brent McKnight at 1:10 PM

I didn’t have high expectations for The Lazarus Effect, so I was actually quite pleased through the first half of the film.

The first half was definitely the high point. It wasn't groundbreaking, but it was solid, and Wilde did a good job carrying the film, but when the story moved away from her, that's where it went off the rails.