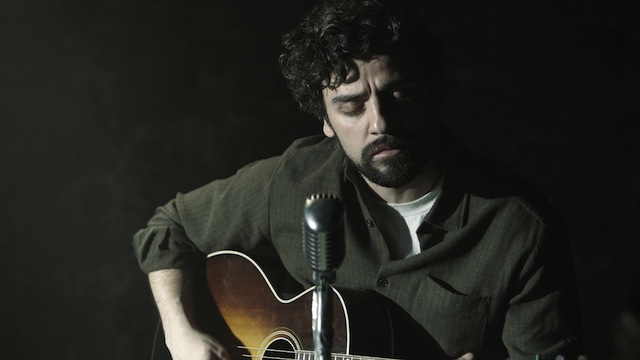 While much of the recent conversation about the work of Joel and Ethan Coen has centered around their latest movie, the recently released Hail, Caesar!, it’s also a good time to look a few years back to their last film, Inside Llewyn Davis. Criterion just dropped a packed new Blu-ray/DVD that fans will absolutely want to pick up.

Llewyn Davis (Oscar Isaac) is a special kind of asshole. He’s the kind of guy that borrows money from you to pay for your girlfriend’s abortion, your girlfriend who he knocked up. The greatest feat that the CoenBrothers pull off is making you sympathize with this miserable prick as they delve into and probe his psyche.

As he struggles to make a place for himself in the New York City folk scene in the early 1960s, Llewyn bounces from couch to couch, hitting up any and all acquaintances, from family and close friends to the vaguely familiar, for anything he can. Along the way he uses up any good will he accrued and burns every bridge to ash behind him. Frustrated by the watered-down pap filling clubs and becoming hits, the songs he bleeds into can’t even buy him a winter coat to stave off the cold.

Llewyn’s solo career is heading nowhere, and all of his greatest achievements and best songs came as part of a duo. When you learn that his former partner, Michael, didn’t just leave the group, he threw himself off the George Washington Bridge, you begin to understand why he’s given so much leeway. He’s a bastard, but he’s also a wounded fragment of his former self, wallowing in bitterness and self-pity.

Not always an easy protagonist to cheer on, beneath all of his misery and prickly exterior, Llewyn is a passionate artist and dreamer. He’s after something grand, a great big meaningful life, and nothing scares him more than the idea of living an ordinary existence, of moving through the world without leaving a mark. He sees the end result of this path in his father, a former merchant marine, broken and near catatonic in a nursing home after a life of hard work with nothing to show for it, and he’ll only go down that road kicking and screaming.

The Coens have always been a two-headed filmmaking monster, and it’s easy to read them in this scenario. Inside Llewyn Davis appears to be, at least in some part, the brothers’ attempt to imagine life without the other. It’s hard to imagine this duo breaking up and the siblings going solo, and Llewyn faces a similar struggle. He knows how good he was with Michael—by all accounts they had something magical—and he doesn’t know if he can ever hit that high again. That pressure weighs on him, every mentions of Michael rips off the scab, and all he can do is lash out.

Oscar Isaac delivers a complete, immersive performance, radiating all of these feelings and more with subtly and grace. He walks a line between caustic and warm and absolutely heartbreaking, and it’s one of the best performances in an already stellar career. 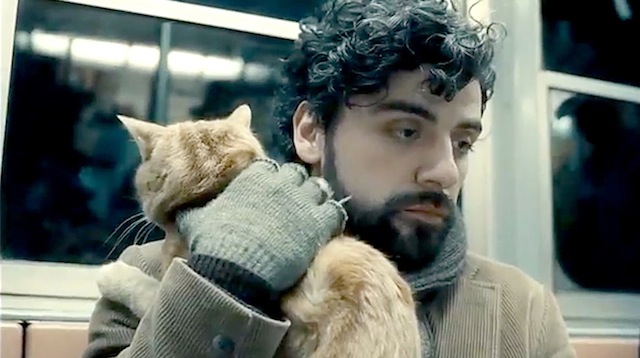 The score and soundtrack arranged by T Bone Burnett helps create an enveloping atmosphere, and Inside Llewyn Davis paints a picture of a truly unique moment in American popular culture. It places you right there in the Greenwich Village scene in the moments before Bob Dylan showed up and it exploded into the mainstream.

Though there are funny moments, like when Llewyn heckles other performers, this definitely falls into the more serious side of the Coens’ body of work. Their trademark quirkiness does surface, like a random guy who stares Llewyn down on the subway and an adorable orange cat that plays an integral part in the narrative, but by and large Inside Llewyn Davis plays pretty straight.

There is less overt madness and absurdity than in the likes of The Big Lebowski, O Brother Where Art Thou?, and Hail, Caesar!. The closest Inside Llewyn Davis comes to this is a dreamy road trip with John Goodman’s junkie jazz man and his nearly mute, proto-Kerouac manservant Johnny Five (Garrett Hedlund).

Inside Llewyn Davis isn’t overwhelming at first glance, but it has such a perfect, natural rhythm and flow that you don’t even notice how it sticks in your head. A few days later, it dawns on you that you haven’t stopped thinking about it and that it’s been bouncing around in your mind ever since.

As good at Inside Llewyn Davis is, Criterion has put together a remarkable package full of all kinds of goodies for fans of the film and the Coens that will deepen your appreciation. The DVD/Blu-ray features a new 4K digital transfer supervised by the brothers, so it looks fantastic. An audio commentary with authors and historians Robert Christgau, David Hajdu, and Sean Wilentz provides unique insight into the film and the setting. There’s an in depth talk between the Coens and Guillermo del Toro dealing with how their filmmaking approach has evolved over the years, and a 43-minute making of documentary. And that’s just the first disc.

The second disc includes Another Day, Another Time, a feature-length documentary about a concert of the music from and inspired by Inside Llewyn Davis featuring Joan Baez, Patti Smith, Jack White, Rhiannon Giddens, Oscar Isaac, and many more. There’s a 16-minute Criterion-exclusive conversation between the Coens and T Bone Burnett. A 20-minute interview with Elijah Walk, who collaborated with Dave Von Ronk on his memoir, The Mayor of MacDugal Street, which inspired the film, talks about how it captured the folk scene on the verge of upheaval, and how it changed and evolved. There’s even Sunday, a short documentary from 1961 about how the police violently banned folk musicians from attending a music festival in Washington Square Park, which gives an interesting perspective on the time, the stakes, and the public perception of folk.

And because this is a Criterion joint, it wouldn’t be complete without some supplementary reading material. Film critic and director Kent Jones, who helmed the 2015 documentary Hitchcock/Truffaut, delivers an insightful, in-depth essay on Inside Llewyn Davis. And as a bonus, the essay folds out into a lovely poster. 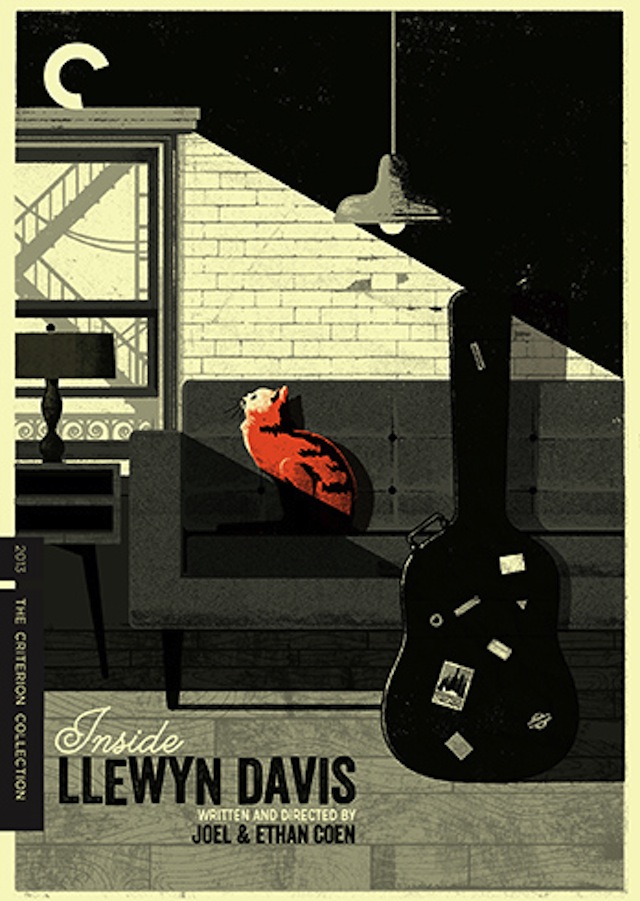