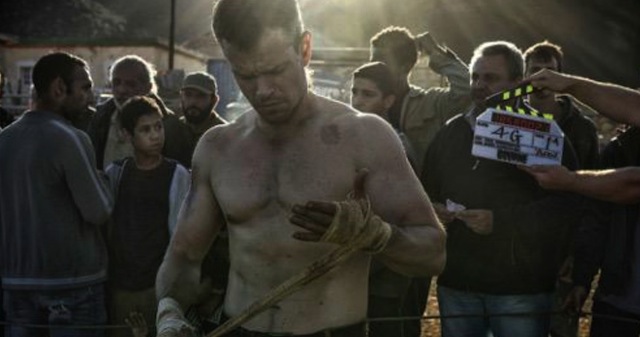 I was out of town to watch that boring ass Super Bowl, so this is a few days late, but, as usual, the big game played host to a number of promos for big upcoming movies. Some are imminent, others are a ways off, but there was some cool shit to be seen. Way more interesting than the game, that’s for sure. Hit the jump to see some of the best and brightest.

The Captain America: Civil War preview was probably the highlight. You get lots of fresh footage from the massive superhero spectacle, including a tense team-vs-team face off.

The new look at X-Men: Apocalypse was also pretty sweet.

Matt Damon’s new Bourne movie took a page from Sylvester Stallone and titled the movie after its main character. Jason Bourne looks gritty and action-packed, and I’m all in.

Deadpool is a ton of fun (my review is imminent), and the marketing has reflected that since day one. This new promo is nothing out of the ordinary, but I do enjoy the “Superb Owl” aspect.

This Independence Day: Resurgence spot is worth it for that opening bit alone.

Teenage Mutant Ninja Turtles: Out of the Darkness gives us our first look at Krang.

Gods of Egypt still looks batshit crazy, and I find myself weirdly excited to witness this train wreck first hand.

And finally, Batman v Superman: Dawn of Justice Dropped a couple of faux tourism commercials for Gotham City and Metropolis.