'The Girl With All The Gifts' Trailer Is Grim And Intense 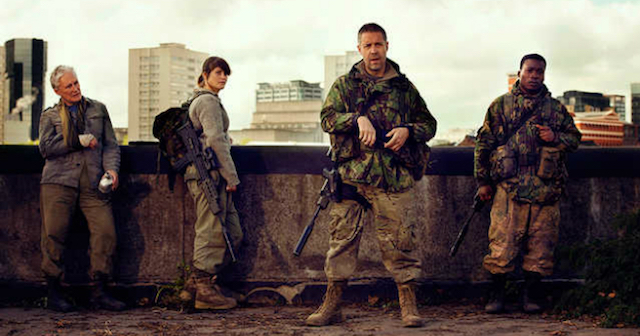 At this stage of the game, it’s damn near impossible to tell a good, unique zombie story. Even when there are gems, you have to dig through fields of shit to get there, but there may be some hope on the horizon. While it doesn’t appear to be super groundbreaking (this is definitely a child of Danny Boyle’s 28 Days Later), The Girl With All The Gifts, could breathe a bit of new life into the genre. Check out the first trailer after the jump.

Based on a novel by Mike “M.R.” Carey, who has written for more fantastic comics than you can shake your zombified stick at, The Girl With All Of The Gifts, not only looks tense, exciting, and dramatic, it has a hell of a cast to boot.

You didn’t expect to see Glenn Close contend with the zombie apocalypse, did you? But here we are. Gemma Arterton and Paddy Considine round out the core cast with newcomer Sennia Nanua, who plays Melanie, a “young hungry,” which is this world’s euphemism for zombie.

Colm McCarthy takes the helm, and though his resume is light on features, he’s directed shows like Peaky Blinders, Sherlock, and Doctor Who.

The near future; humanity has been all but destroyed by a mutated fungal disease that eradicates free will and turns its victims into flesh-eating “hungries.” Only a small group of children seem immune to its effects.

At an army base in rural England, this group of unique children are being studied, subjected to cruel experiments by biologist Dr. Caldwell. Despite having been infected with the zombie pathogen that has decimated the world, these children retain normal thoughts and emotions. And while still being subject to the craving for human flesh that marks the disease these second- generation “hungries” are able to think and feel making them a vital resource in the search for a cure.

The children attend school lessons daily, guarded by the ever watchful Sergeant Parks. But one little girl, Melanie, stands out from the rest. Melanie is special. She excels in the classroom, is inquisitive, imaginative and loves her favourite teacher Miss Justineau.

When the base falls, Melanie escapes along with Miss Justineau, Sergeant Parks and Dr. Caldwell. Against the backdrop of a blighted Britain, Melanie must discover what she is and ultimately decide both her own future and that of the human race.

Like I said, The Girl With All The Gifts isn’t wholly unfamiliar. There are elements lifted from zombie movies, outbreak tales, and one-last-hope-for-humanity narratives, but there’s a great deal to like here. Carey, McCarthy, and company apparently have zero qualms showing soldiers mow down children on screen. This is one I will definitely keep an eye out for.

The Girl With All The Gifts hits U.K. theaters on September 23, and though Saban Films picked up the domestic rights, there is no U.S. date at the moment.
Posted by Brent McKnight at 10:21 AM