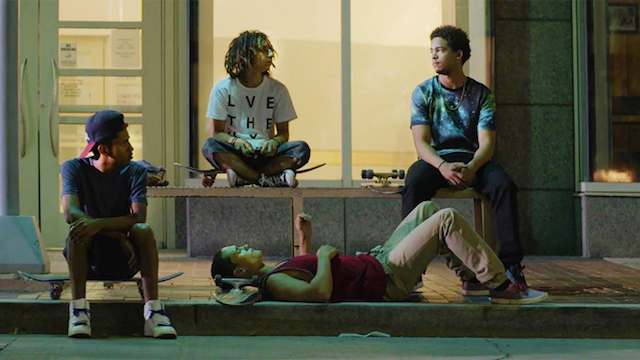 I have a soft spot for skate rats on film, and it doesn’t hurt when the surrounding movie is as good as Steven Caple Jr.’s directorial debut, The Land.

The story is familiar: four skateboarders from gritty Cleveland streets turn to petty crime to as a way out, run afoul of a local drug lord, and fall into a progressively deeper world of shit. In that regard, The Land is nothing special, but the four young leads do phenomenal work, the characters and setting are fleshed out and authentic, and the supporting players are top notch (including an unexpectedly chilling villain).

Caple gives the formula enough tweaks and idiosyncrasies, and some stylish skate montages, to transcend these confines. Even if it does meander a bit in the middle, these kids looking the future, and not liking what’s in store, is eminently relatable. And The Land has a killer soundtrack—what do you expect, Nas is a producer, and the cast features Erykah Badu. [Grade: B+]

IFC is set to release The Land later this summer after showing at SIFF.