'Star Trek Beyond': Watch Everyone Be Sad In The Final Trailer 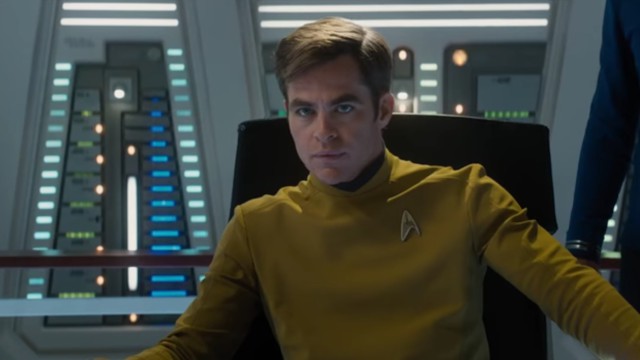 We’re just a few weeks away from Star Trek Beyond, which feels strange to say as there’s been a noticeable lack of hype surrounding the film—at least aside from the backlash stirred up by the first trailer. Maybe Paramount is still shell-shocked by the hatred for Star Trek Into Darkness (which, despite its reputation for being critically panned, has an 86% Fresh rating on Rotten Tomatoes). But there is a new “final” trailer to check out, and it’s a total downer.

Maybe it’s the tragic recent death of Anton Yelchin, who played this incarnation of Chekov, or the maudlin Rihanna song, “Sledgehammer,” playing over the top of this trailer, but this trailer has a dark, gloomy tone. Captain Kirk (Chris Pine) is having an existential crisis; he lost his ship, again; his crew is in danger; and there’s a vicious new baddie, Krall (Idris Elba), to contend with. There’s a lot to be gloomy about, I guess, but everyone is having all of the feelings.

It’s been tough to get a read on Star Trek Beyond. The first trailer hit a bunch of wrong notes for fans. Following that, they righted the ship a few degrees. And this latest look takes a new tonal turn entirely. Not that a movie should be all one thing or another—I prefer that all of these pieces and more show up—but it feels like the studio doesn’t know what movie they’re selling.

This can be such a tricky, particular fan base, perhaps they’re treading lightly, but it’s going to be interesting to see what Star Trek Beyond has in store for us on July 22.
Posted by Brent McKnight at 9:49 AM