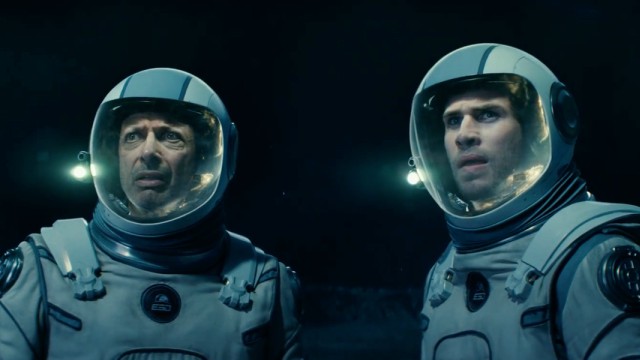 Independence Day: Resurgence is dumb on the same scale it is massive. Emmerich and the four other credited writers shoehorn in every last call back to the original they can—there are multiple shots of now-absent franchise frontman Will Smith’s Steven Hiller.

Narrative coincidences abound—one character pilots a jet across from the moon to the East Coast just in time to see a loved one plummet to her death on a rooftop as a building collapses beneath her. And there are gaping plot holes the film is patently unconcerned with—Jeff Goldblum’s David Levinson somehow knows Liam Hemworth’s Jake Morrison, and Jake just somehow knows that Levinson is in the middle of the African desert the moment he needs a lift to the moon. 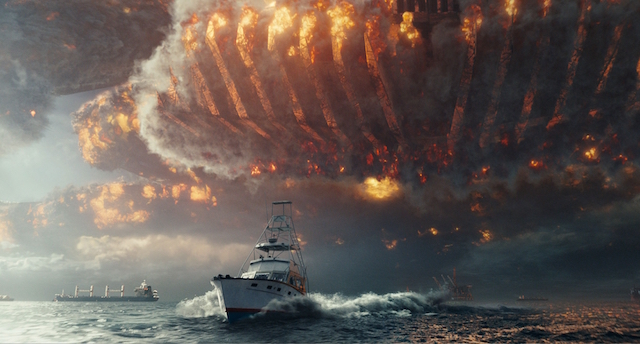 What explanations are offered are curt, to the point, and immediately left in the rearview. Case in point: Steven Hiller died in a training accident and that’s all there is to that. Independence Day: Resurgence has an answer to any questions the audience may have: throw scientific sounding jargon at them and move the fuck on in short order. All you need to know about the plot is that, after 20 years, the aliens from the first film are back, and they’re pissed, anything else is just noise.

I can’t in good conscience recommend this, and I won’t ever say Independence Day: Resurgence is a good movie. It’s probably most people are going to hate this jumbled, incoherent mess of a blockbuster film that 20th Century Fox didn’t even bother screening ahead of time because they new the reviews were going to be brutal.

As completely unnecessary as this is, Independence Day: Resurgence is totally ridiculous and I can appreciate that. Not to ruin a moment, but there is a scene where, as a distraction, one of the main characters whips it out and takes a piss in front of the aliens to buy some time. I wish I could make that up but I’m not that imaginative. If there are other planets out there with intelligent life, this would be viewed as jingoist Earth propaganda—personally, I would have called it Independence Day 2: Earth, Fuck Yeah!.

As absurd as it is stupid, Independence Day: Resurgence is a movie that will go down as a reviled and needless. But it’s also goofy and has the sense of a small, petulant child banging his toys together in a sandbox, which is amusing. I had a shit-eating grin on my face the entire time. I’m not even going to try to assign a grade, because I have no clue where to even begin.

Posted by Brent McKnight at 8:49 AM