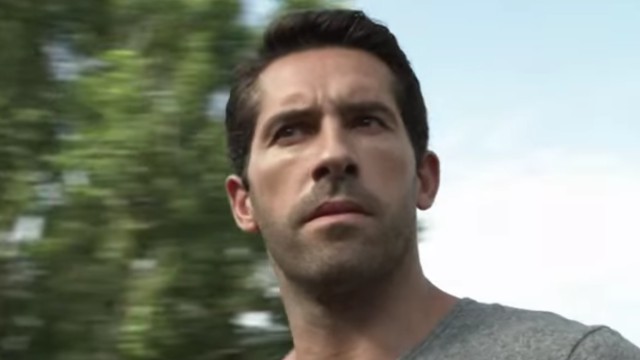 To this day, I still maintain that Hard Target, yes, the one with Jean-Claude Van Damme sporting that Jheri curl mullet, is John Woo’s best American film. If nothing else, it’s the most similar to the classics he built his reputation on, like Hard Boiled, The Killer, and A Better Tomorrow. Talk of Hard Target 2 swirled around last year, and apparently that was more than internet hearsay, as it just dropped a trailer. And against all odds, it looks awesome.

Sure, Jean-Claude Van Damme isn’t back for Hard Target 2, which is thankfully free from a janky subtitle. Did you really expect that? But in his place at the front of this movie is none other than cinematic badass number one, Scott Adkins, so it’s hard to complain.

Adkins’ presence alone is enough to get me to watch damn near anything, and he looks to put his ass kicking skills to good use here. Hell, he even gets the titular line, “They’re called hard targets for a reason.” Love it, though Wes Baylor is nowhere near as good a name as Chance Boudreaux.

Yanin Vismitananda (Chocolate), Rhona Mitra (The Last Ship), Temura Morrison (Django Fett in the Star Wars prequels), and Robert Knepper (Prison Break and a bunch of other stuff where he plays a sleazy creep) round out a solid B-grade cast. (I’m holding my breath for a Yancy Butler cameo.) And Michael Dudikoff of American Ninja fame shows up, so, of course, am I’m double in.

The plot looks to be what you may expect, another update of “The Most Dangerous Game,” where rich folks hunt humans for sport, but pick the wrong dude. We’d heard New Orleans was swapped out for the jungles of Burma and Thailand, and that certainly appears to be the case.

John Woo was rumored to be on board as a producer, but I can’t find his name mentioned anywhere, so my guess is he’s probably not involved. Those rumors were correct about one thing, however, and that’s that Roel Reine is directing this bad boy. The Dutch helmer has a long past with this type of down-and-dirty DTV action, usually in sequel form.

He has a few originals on his CV, like Steven Seagal’s Pistol Whipped, but the bulk of his output has been follow up to other films—The Marine 2, Death Races 2 and Inferno, The Man with the Iron Fists 2, The Condemned 2, and more along those lines. What I’m trying to say is that Hard Target 2 is right in his wheelhouse. There won’t be any innovative visuals, like what John Woo brought to the table, but Reine’s workmanlike style coupled with Scott Adkins being badass, could make for a damn fine time.

I am so 100% on board with this. From what I can tell, Hard Target 2 hits the DTV market on September 6. Mark your calendars, kiddos.
Posted by Brent McKnight at 2:42 PM