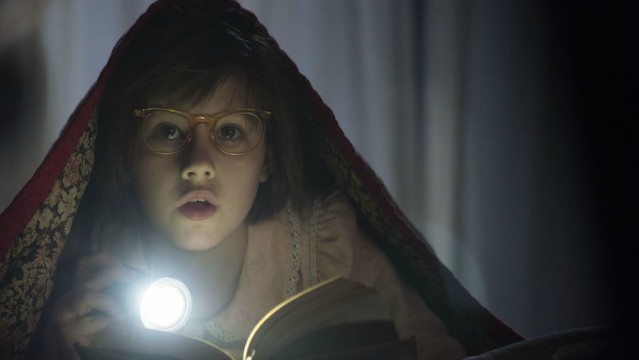 Phenomenally beautiful to look at in that effortless, stunning way Steven Spielberg does so much better than everyone else and that appears so easy and natural, The BFG is as dull as a pile of sopping wet cardboard.

Directed by the man who gave us E.T., Raiders of the Lost Ark, and so many classics, and based on Roald Dahl’s beloved children’s novel, on paper, this has all of the makings of a magical journey full of whimsy and wonder. There’s not much of that to be found, however, though there are more fart jokes than one might reasonably expect from Uncle Steve.

We shouldn’t take a movie this visually breathtaking for granted, and there are remarkable scenes—one dream sequence in particular. Which makes it such a damn shame everything else is plodding and lifeless. Tedium buries each potentially spectacular moment, obscuring what modest joys can be found.

When a bookish insomniac orphan, Sophie (newcomer Ruby Barnhill), peers out the window of her cacophonous, Dickensian orphanage and spies the shadow of a giant skulking about, she embarks on what should be a marvelous adventure to giant country. Kidnapped by the Big Friendly Giant (Mark Rylance, who won an Oscar for his role in Spielberg’s Bridge of Spies), the nerdy outcast runt of giantdom, these two lonely souls each finally find a friend. 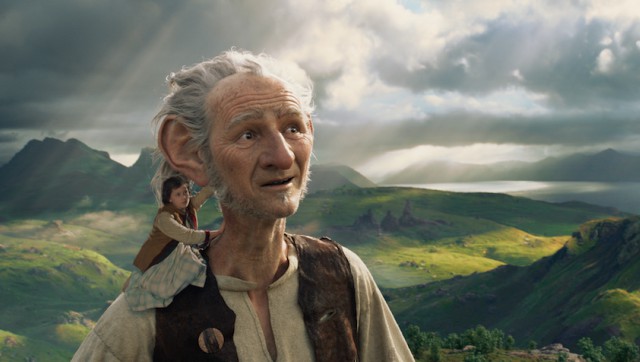 The BFG is decidedly lacking in the warm fuzzies promised by the premise and the source material. The two leads, the small child and the motion capture behemoth, have little-to-no chemistry or connection. Since exchanges of Sophie’s precocious childisms and BFG’s gobbledygook pidgin nonsense that’s more drab than delightful, comprise the bulk of the movie, it’s easy to see why that might cause problems.

There’s little sense of peril to be found, even though this is a story with tall, life-and-death stakes—the other nasty, mean giants are cannibals who would like nothing better than to snack on Sophie and her fellow humans. On a basic level, this is a horror movie aimed at kids—this is harrowing stuff on the page, and could mess some kids up for life on screen—but The BFG steadfastly refuses to scare anyone. This is the kind of movie where there is zero doubt about the outcome and a corresponding complete absence of tension.

It takes The BFG forever to actually get anywhere, and a dearth of narrative momentum keeps it mired. Just when it appears the film has built to a culminating moment, the pace drops off a cliff. Even the climax, after a long uphill slog that involves the Queen of England’s corgis jet-packing around the royal grounds propelled by their own flatulence, just happens and the film limps to the finish line.

The BFG isn’t a travesty or a tragedy, it simply isn’t anything special or memorable. Brilliant visuals aside, there’s little warmth or heart or wonder to behold. This is hardly Steven Spielberg’s finest moment, and with Roald Dahl’s book as its source, this is a squandered opportunity to create cinematic magic. Scenes of BFG impersonating trees and pretending to be shadows as he hides from the eyes of men are nice and clever, but nice and clever shouldn’t be the highlights of this film. The result is a kid’s movie that only the youngest viewers will find thrilling, and even then I question how into this they’ll be. [Grade: C]