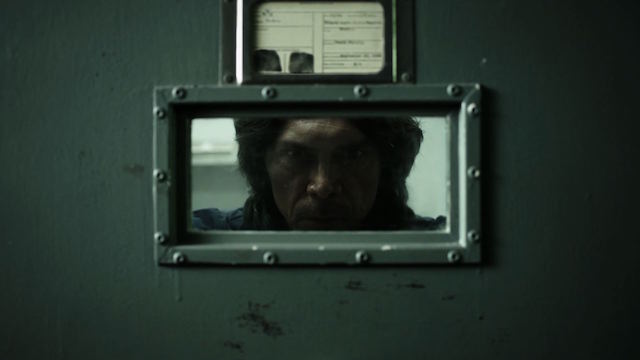 Richard Ramirez was a terrifying serial killer who raped and murdered his way through the mid-1980s and was fond of talking about Satan, evil, and the like. In writer/director Megan Griffiths’ new movie, The Night Stalker, Lou Diamond Phillips turns in a decently skin-crawling version of notorious killer, but the rest of movie is shrug worthy at best.

Jumping around in time and steeped in melodrama, The Night Stalker is like Lifetime made Silence of the Lambs—an independent production, the film, which premiered at SIFF, will actually air on Lifetime. There are solid elements, but the revelations and protagonists’ (Scandal’s Bellamy Young) backstory don’t carry much weight, and the overall result is lackluster. [Grade: C]

The Night Stalker airs on Sunday, June 12 on Lifetime.
Posted by Brent McKnight at 8:41 AM