'A Prayer Before Dawn' Trailer: Prison, Drugs, And Muay Thai 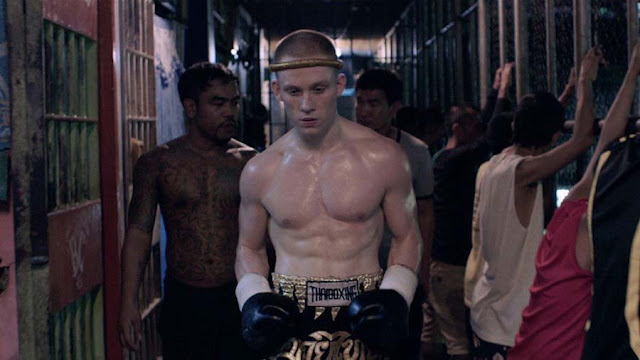 A real-life story of drug addiction, prison, and Muay Thai. You bet your ass I’ve been tracking A Prayer Before Dawn since I first heard about it. There hasn’t been a ton to follow—it debuted at Cannes back in May, but even though it garnered positive reviews, it didn’t make a huge splash. But A24—not necessarily the company I expected to drop a Muay Thai prison movie in my lap—rectified that with this new trailer and it looks like everything I hoped it would be.

Directed by Jean-Stephane Sauvaire, a filmmaker I’m wholly unfamiliar with, A Prayer Before Dawn tells the story of a young British boxer (the movie is based on his memoir of the same name) who falls down a hole of drugs and violence only to wind up in a notorious Thai prison where he has to fight to save himself, in more ways than one. Not the most original set up, this trailer paints a grim picture indeed, and this is fertile narrative soil. And the film gets extra grit points for filming in an actual Thai prison and using actual Thai inmates for most of the cast.

A Prayer Before Dawn is the remarkable true story of Billy Moore, a young English boxer incarcerated in two of Thailand’s most notorious prisons. He is quickly thrown into a terrifying world of drugs and gang violence, but when the prison authorities allow him to take part in the Muay Thai boxing tournaments, he realizes this might be his chance to get out.  Billy embarks on a relentless, action-packed journey from one savage fight to the next, stopping at nothing to do whatever he must to preserve his life and regain his freedom.  Shot in an actual Thai prison with a cast of primarily real inmates, A Prayer Before Dawn is a visceral, thrilling journey through an unforgettable hell on earth.

Originally, Charlie Hunnam (King Arthur: Legend of the Sword, Pacific Rim) was supposed to star in A Prayer Before Dawn, and I can’t tell you how glad I am that he didn’t. There’s something inherently likeable about the guy, even if I despised every second of Lost City of Z, but homeboy comes from the Handsome Block of Wood School of Acting. Not to mention that he trained at the I Only Learned How to Fight for Movies dojo.

Instead, Joe Cole (Peaky Blinders) plays Billy Moore. He’s still a nice looking bloke, but he’s rougher around the edges and less polished. In short, I buy him way more as a drug addicted prison inmate. And he showed off some arm-breaking BJJ skills in Green Room, that’s always a plus.

A Prayer Before Dawn hits theaters in 2018. And like one of their social media posts says, “Don’t say A24 never gave you a Muay Thai prison movie.” While we’re at it, take a gander at a badass poster to go along with the trailer. 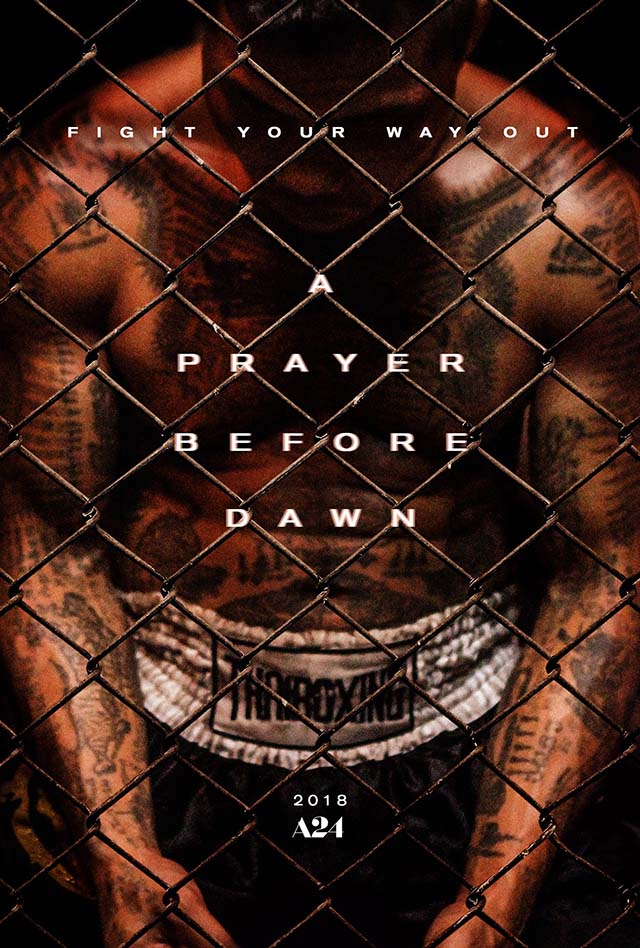 Posted by Brent McKnight at 8:41 AM